The Brookside Biz Association approached me last year about installing a series of large sculptures in the hood.Â  I suggested we team professional artists with students from various schools, they liked that, and so we did. 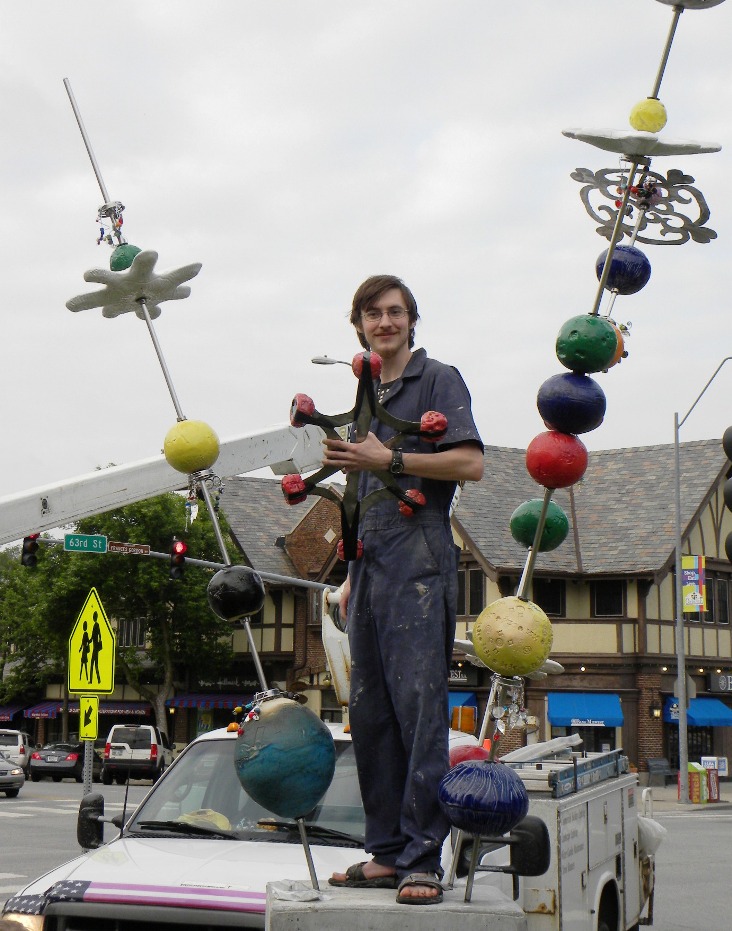 This sculpture, Inspired Child, was created by the ceramist Paul Storms, kids from Border Star School (63rd and Wornall), and art teacher Lee Anne Snozek.Â  I had a hand in it too. 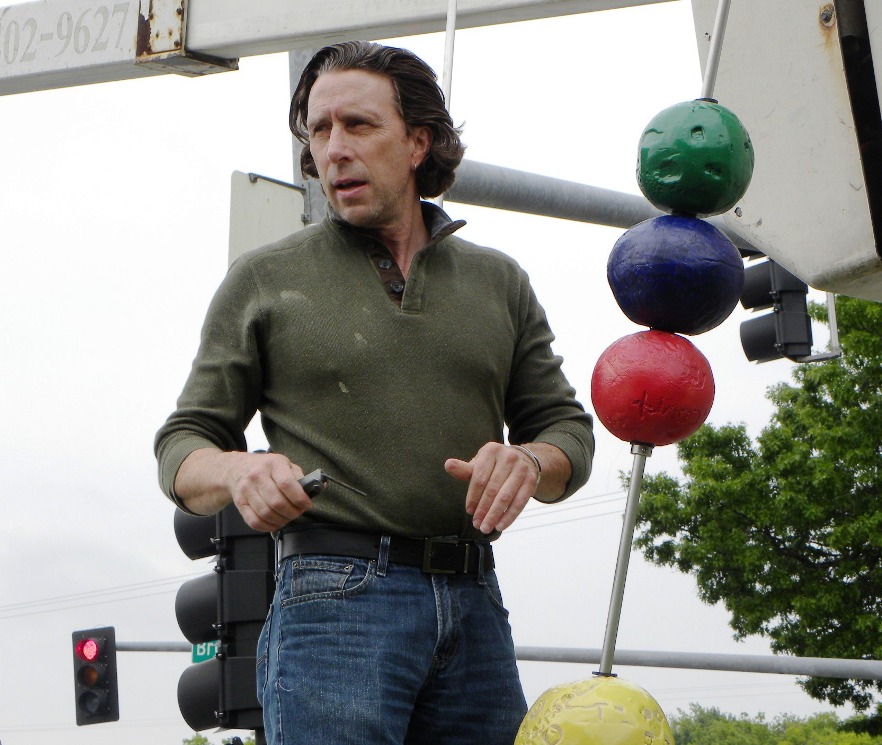 What was my concept?Â  Take a decrepit brick pedestal near the school, pour a concrete cap on it, install 3 stainless rods, and secure sculptural elements to those.Â  Lee Anne and Paul collaborated on the design, the kids helped sculpt the ceramic pieces that Paul later fired, and I oversaw. 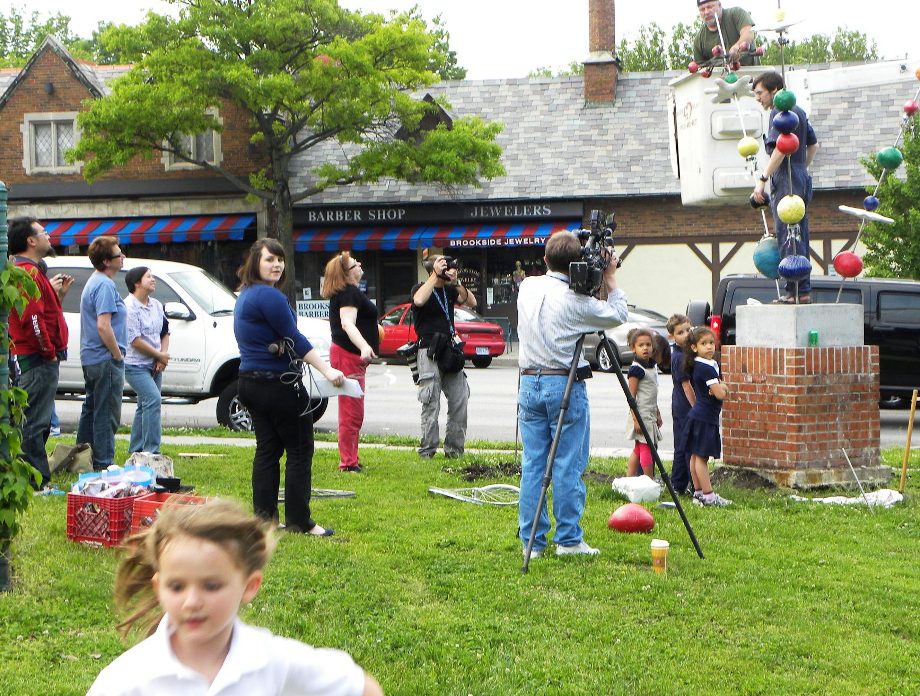 The press turned out as well, and good old Paul got a story in the Star. 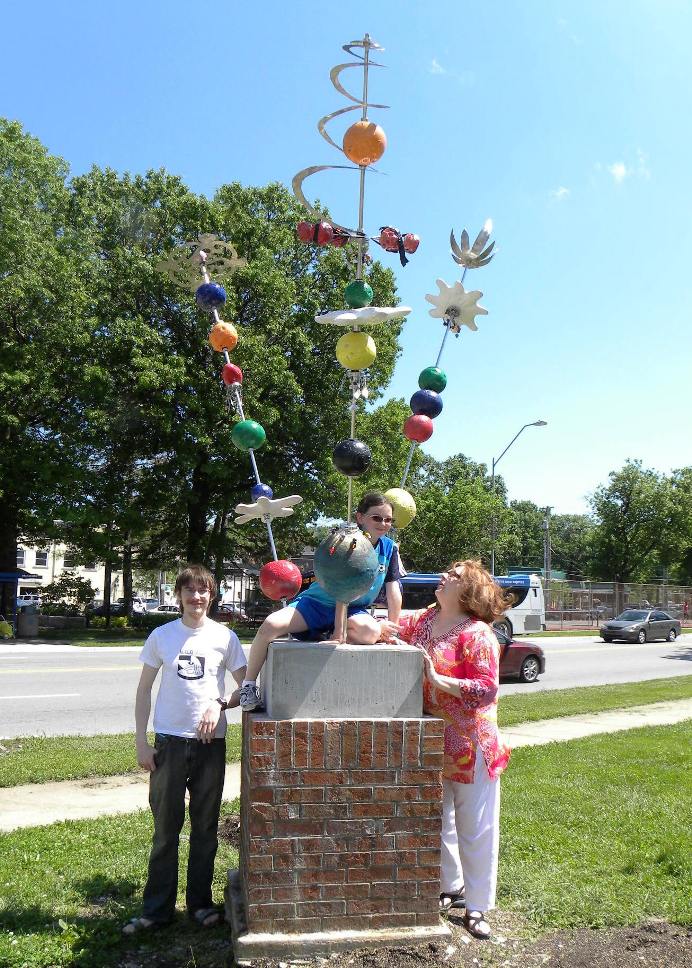 Upshot?Â  The kids learned, Paul’s career was advanced while he earned some jack, and Brookside has their 1st piece.Â  He’s a grad of KCAI and was assisted by Shane Jezowski, who also attended the institute. 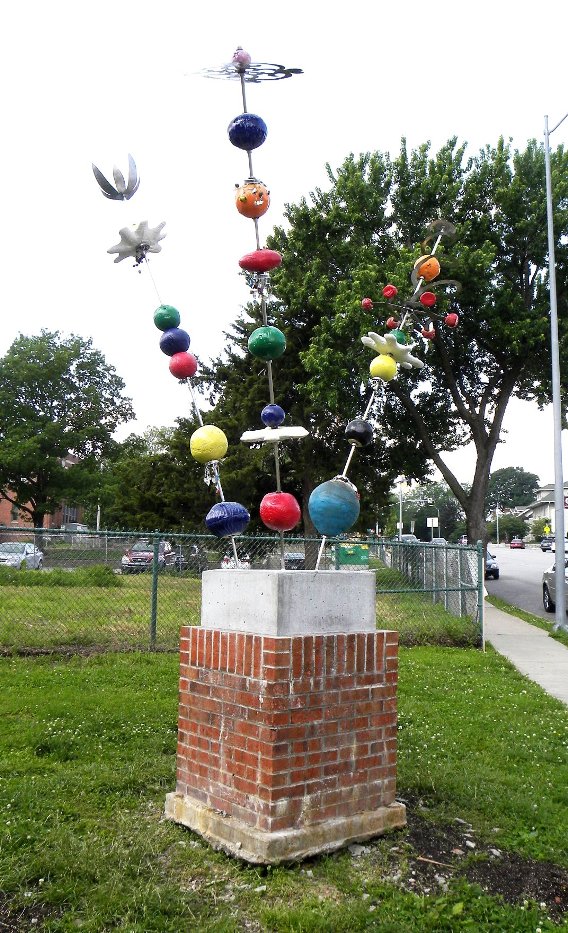 Me?Â  I just run a gallery.