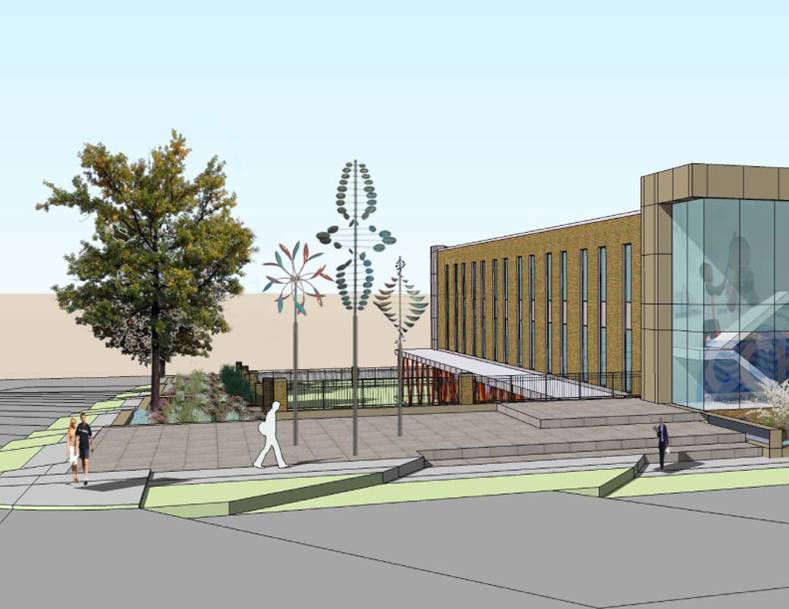 This is part of a presentation we’re making to an educational institution that has expressed interest in outdoor sculpture.Â  I’d love to tell you who they are, but at this point am preferential toward mysteries.Â  Lyman loves the location, and the client loves his work.Â  Sounds like a promising marriage to me. 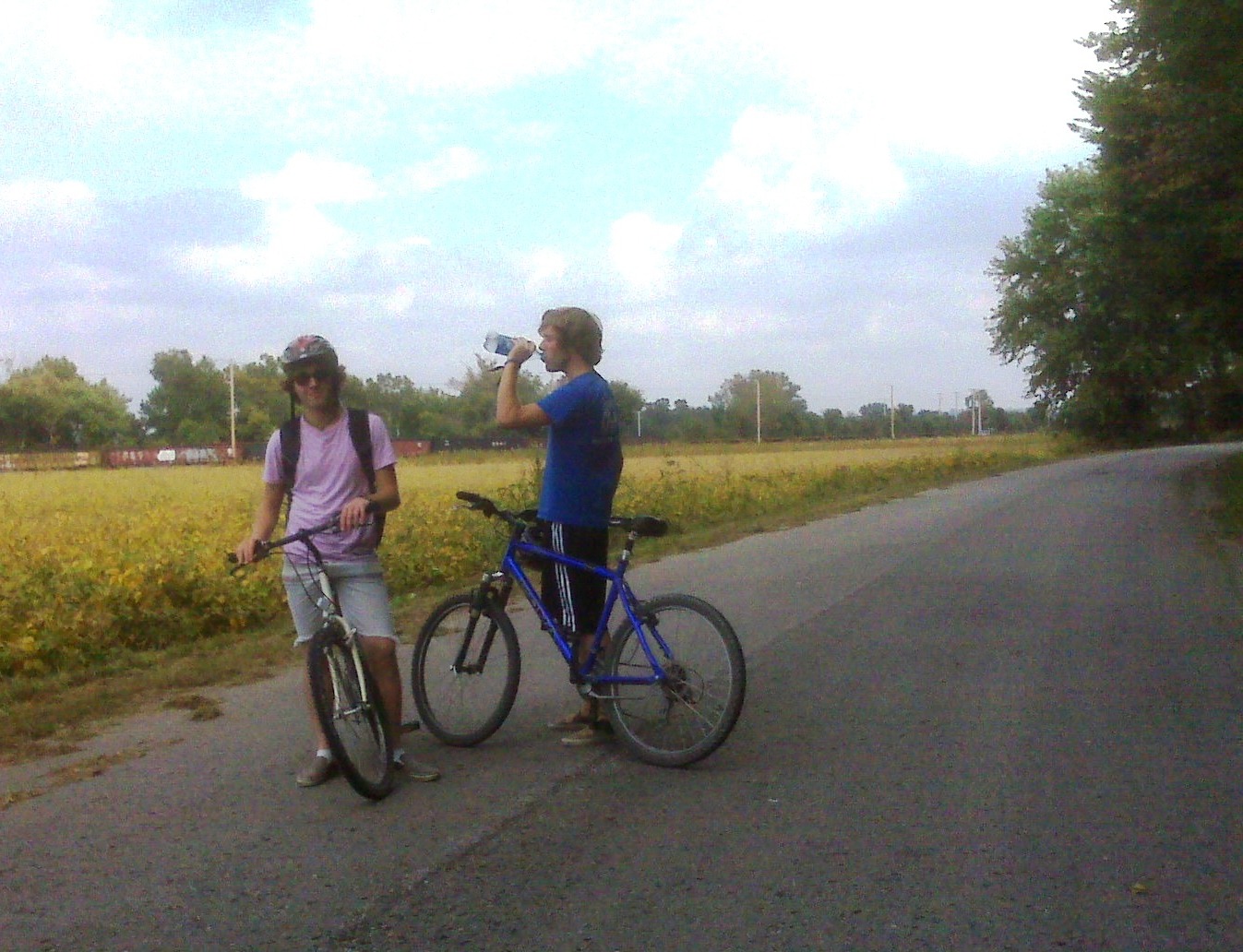 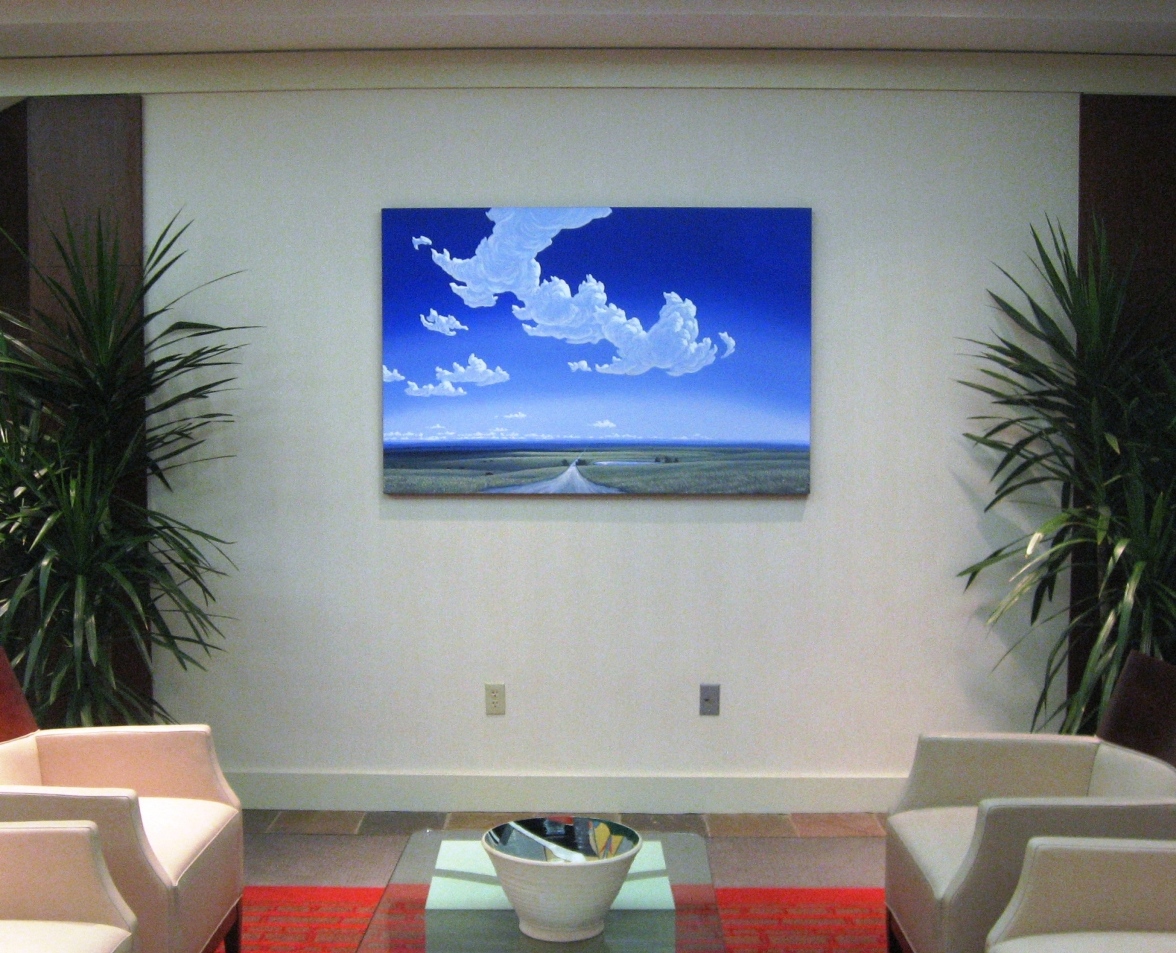 Lewis, Rice and Fingerish commissioned us earlier this year to provide art for their renovated offices.Â  Below, and above,Â are a few of the pieces. 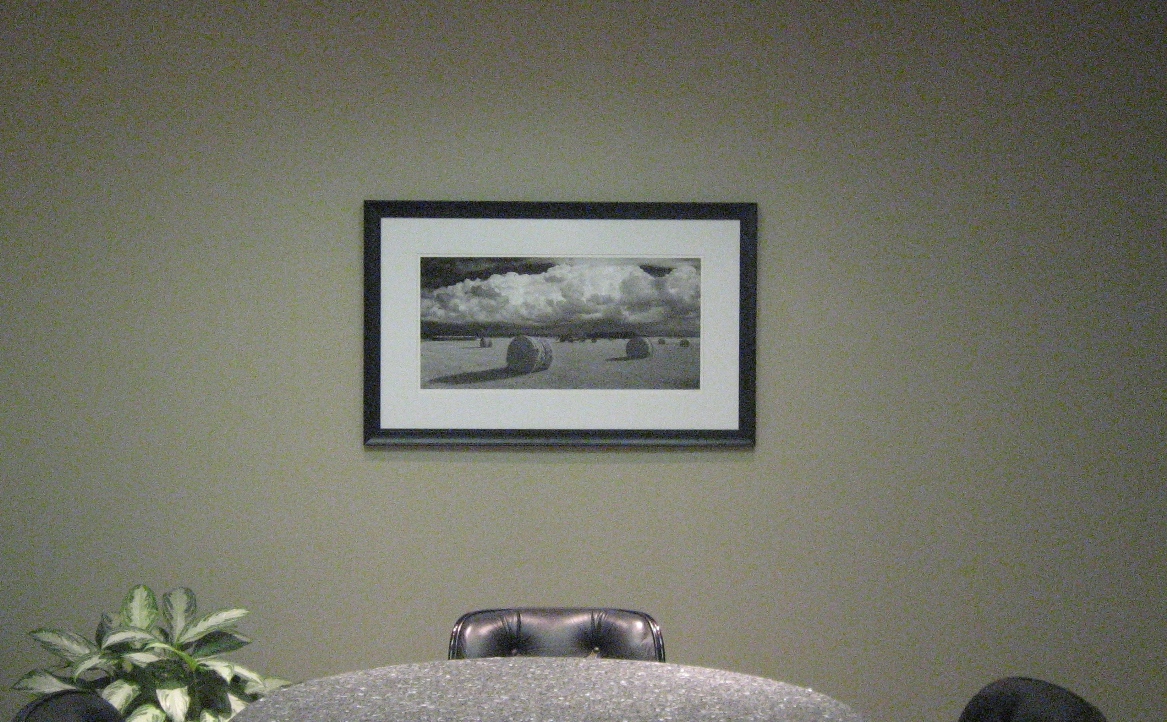 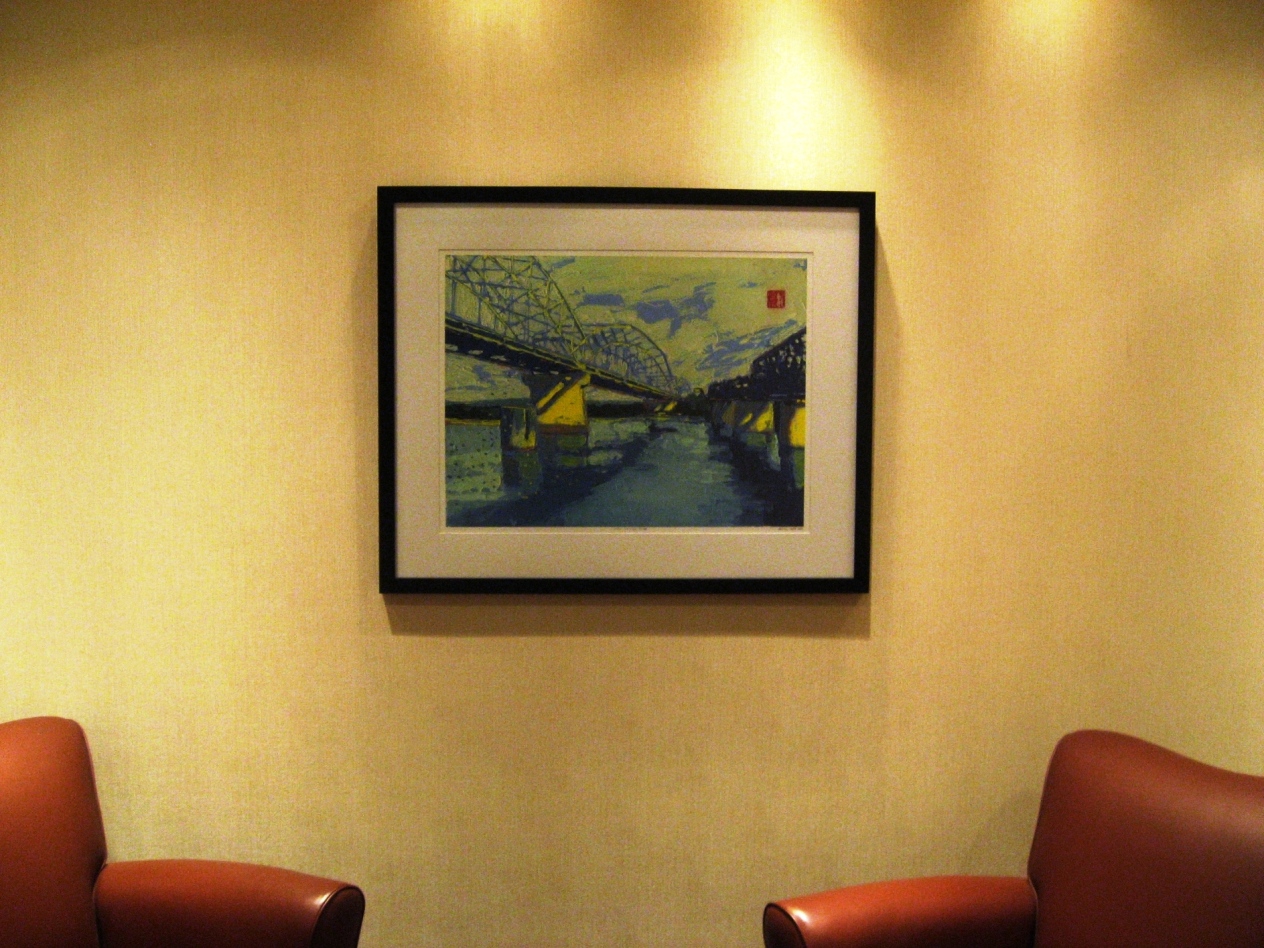 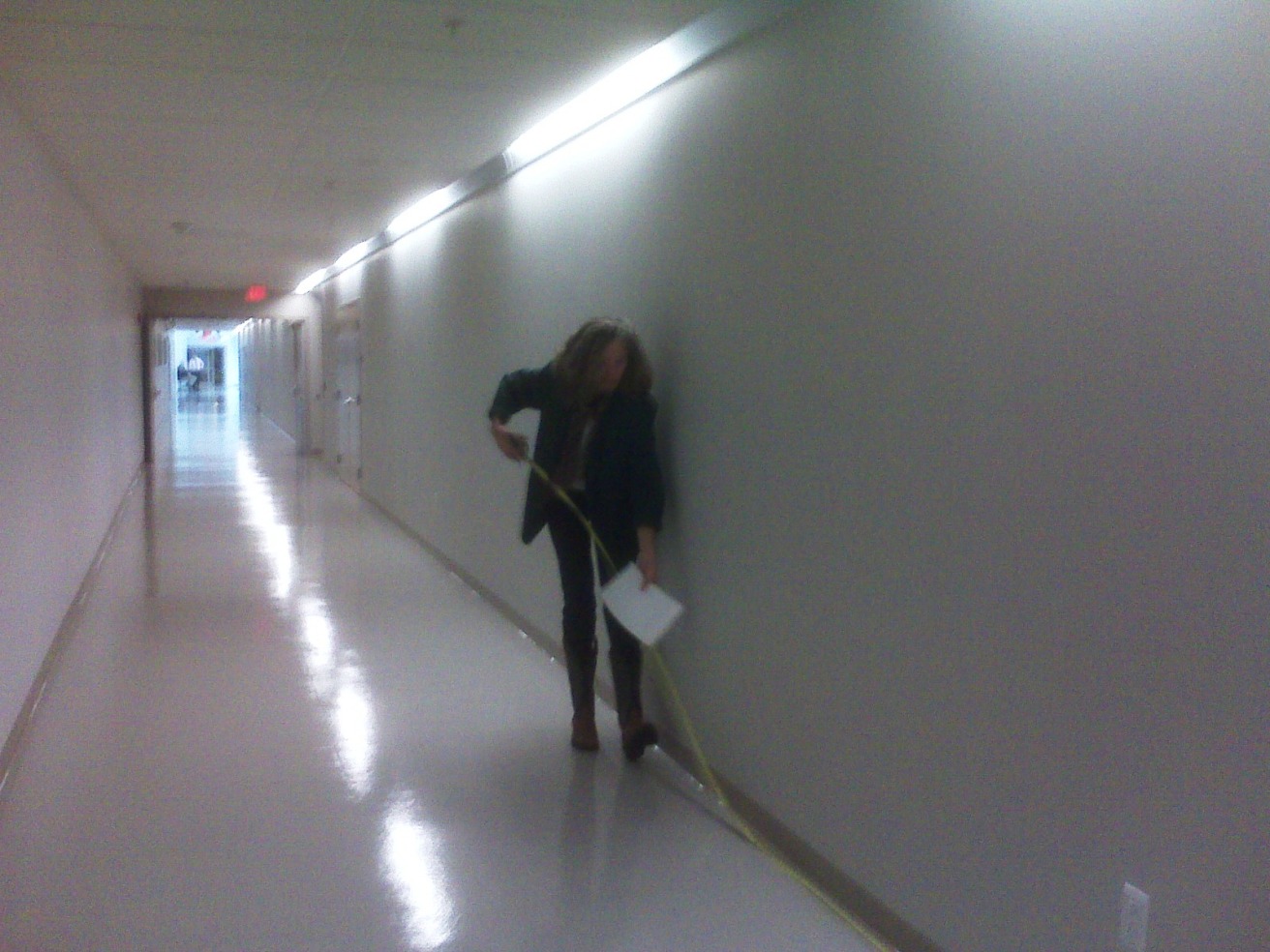 The painter Jane BoothÂ and I taking measurements at SMMC.Â  Well she’s taking measurements, I’m taking the picture (and a pretty lousy one at that).Â  But what can it mean?Â  A series of works similar to the one below.Â  Details after we finish. 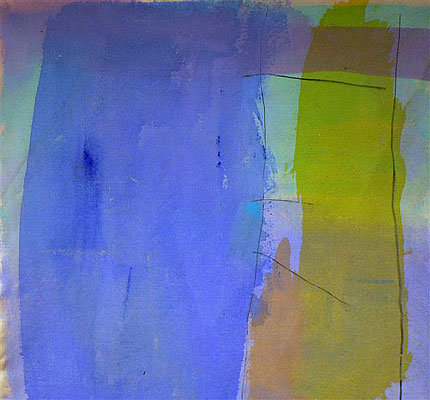 The Falls, Acrylic on Canvas 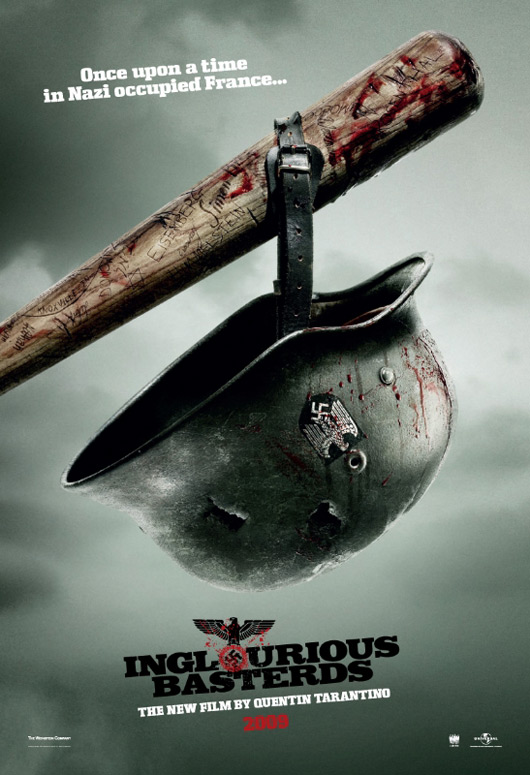