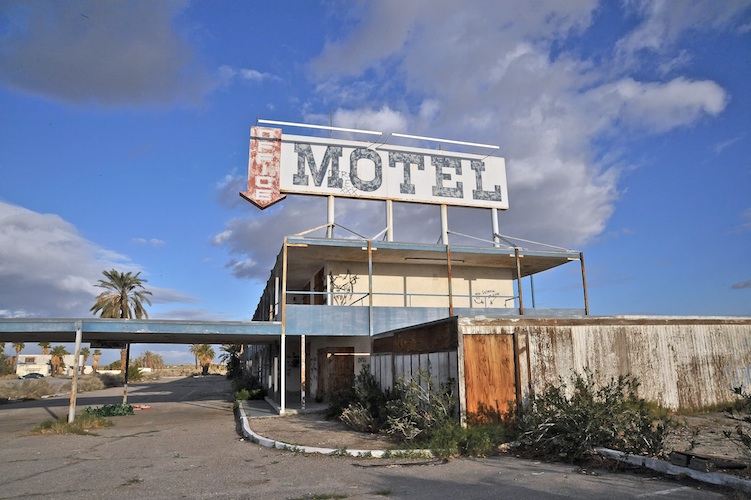 These magnificent photos, of a place swallowed by time, are byÂ Robert Cohen of Los Angeles.Â  The Salton Sea, as you may know, is a now desolate place in southern CA.Â  At one time it was a playground and weekend get-away, but the increasingÂ salinity of the water, combined with increasing pollution, rendered it unsafe.Â  So the resortsÂ surrounding it were left high and dry. 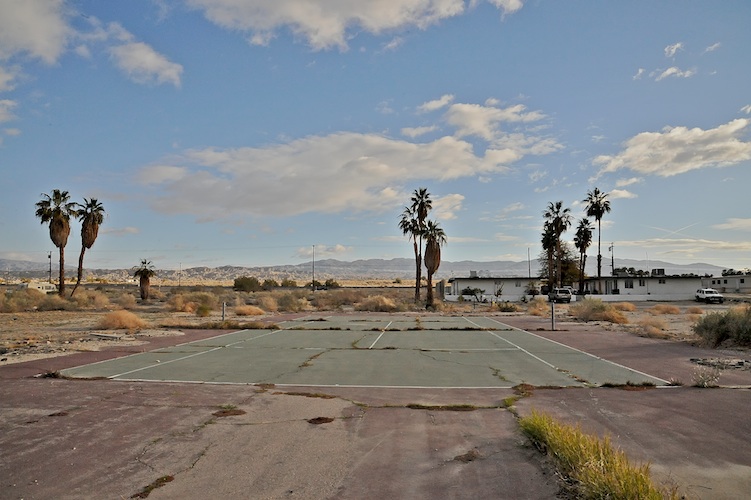 Notice how Bob captures each aspect like a personality adrift. 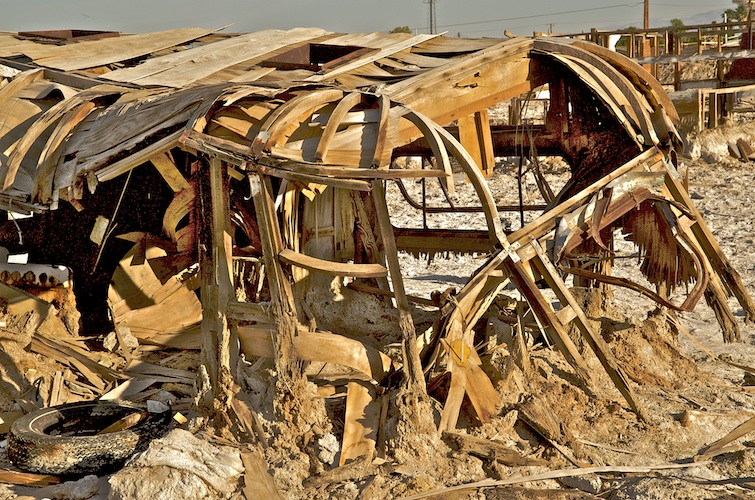 Notice also the way he captures the remains ofÂ a mobile home: like the bones of some ancient creature, bleaching in the son.Â  Brilliant.Â  He even published a book on the series, and I was fortunate enough to get an autographed copy.