I’ve been down here a couple of days, seeking new talent for one of my corporate clients.Â  Caught the bloody flu a day before leaving, but the arts must go forward ill or no.Â  Glad I sucked it down;Â have metÂ several great painters and sculptors along the way. 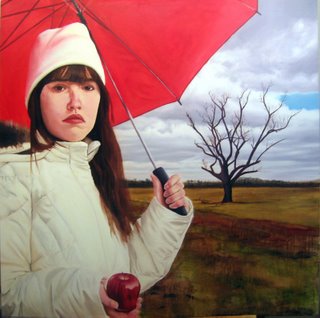 Above isÂ an oil byÂ Basil Seymour-Davies.Â  With a name like that, you’d think he was a Brit.Â  And he is by half: his mother is Cambodian, his father British.Â Â Either way,Â he paints on a level of international sophistication.Â  This piece is more straightforward than it firstÂ appears, and certainly one of his lessÂ conceptual works.Â  But among figure painters, he stands out.Â  A well-kept secret of Fayetteville whose talent should not be a secret any longer.Â  I aim to help him change that.Â Â 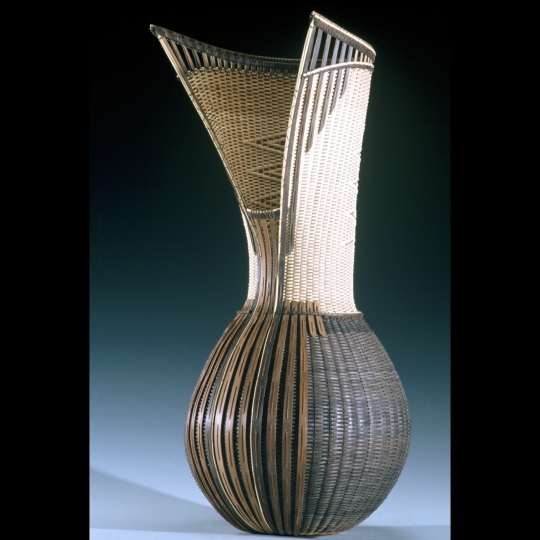 Then there’s Leon Niehues, who creates sculptural basketry unlike any I’ve ever seen.Â  He’s a middle-aged hippie dude (as I am), living with his charming wife in Huntsville, which isÂ in the hills east of Fayetteville.Â  Leon is far from unknown, having exhibited for years at the major craft shows inÂ venues like San Francisco, Baltimore and Philly.Â  He also has a piece in the White House collection.Â  It just took me awhile to catch up with him, being rather slow in some capacities.

Both of these are stellar artists, as are the otherÂ ten I’ve visited.Â  Now it’s a quiet night in Eureka Springs, and I plan to enjoy it with a dip in aÂ hot tub, a couple of gins, and dinner at Ermillio’s.Â  Man I do love the arts. 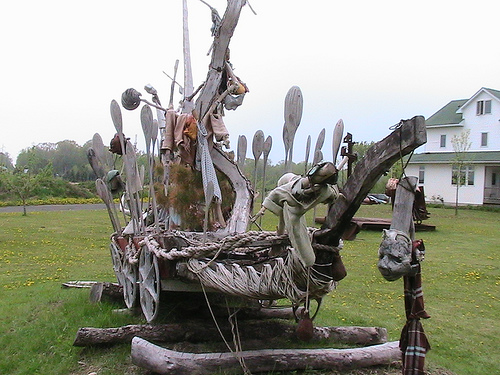 Met with Michael Wickerson yesterday to discuss these crazy Cupola pieces he’s casting in iron, in aÂ moderate size nowÂ but soon quite large.Â  Uses scrap iron, melts it down, reconstitutes.Â  He’sÂ Sculptue ChairÂ at the Kansas CityÂ Art Institute, and last summer had a very cool show in Utrecht.Â  I mean the one inÂ Holland.Â  Hope to collaborate with him and some of his students on a few projects.Â  We’ll see what shakes out.

He did the piece above last summer.Â  The wheels are iron, and show some of the direction the Cupola works go in. 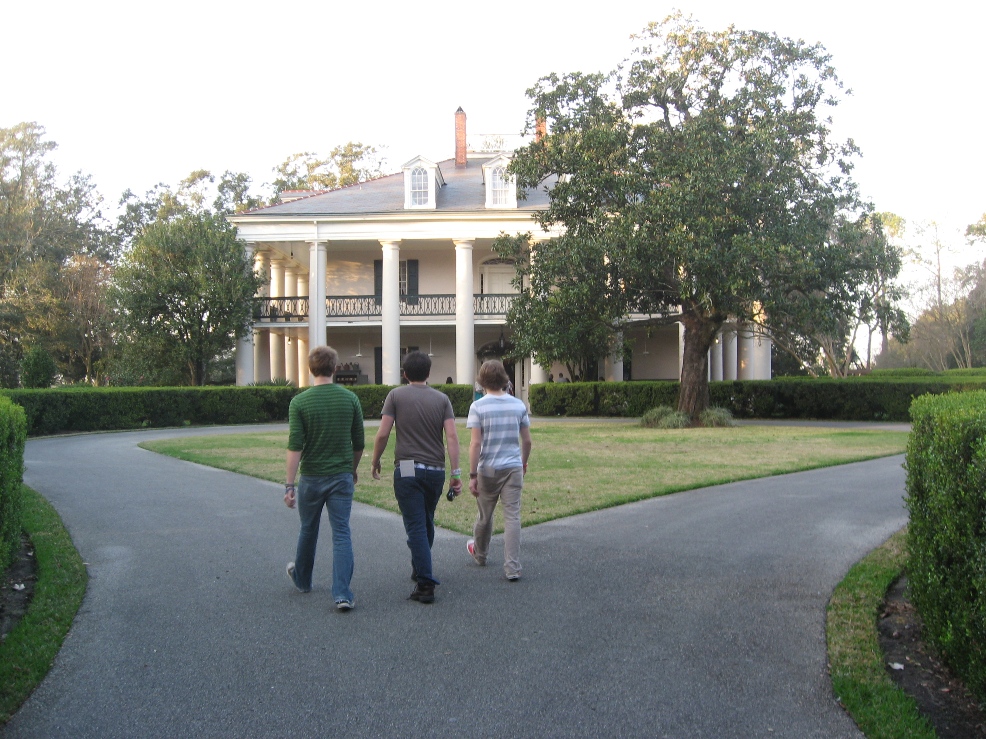 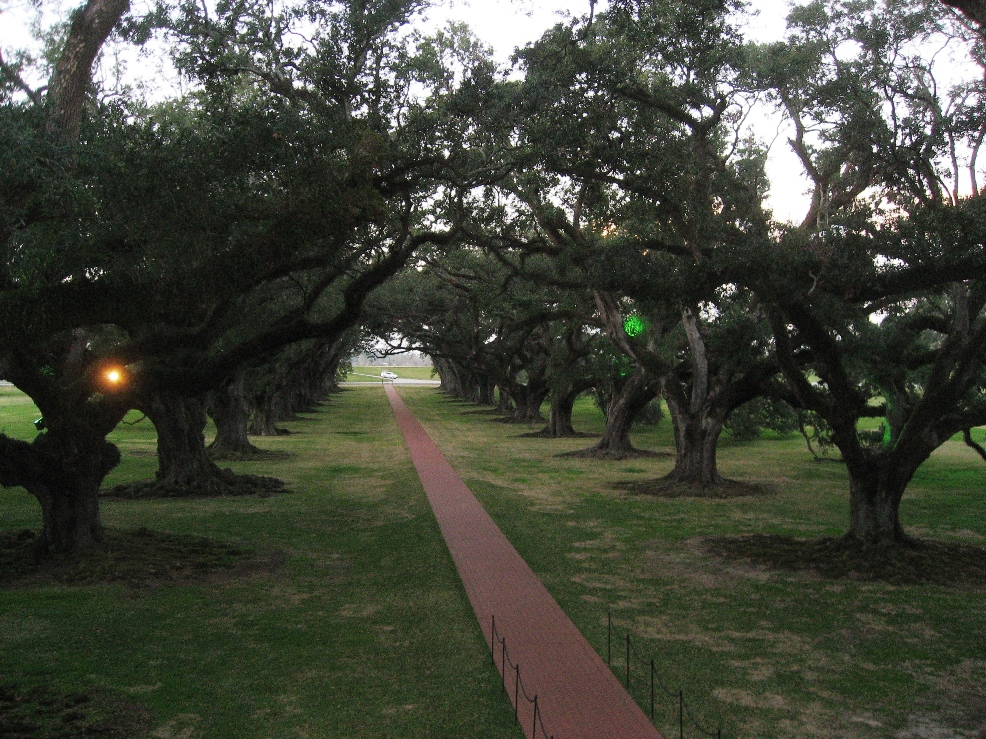 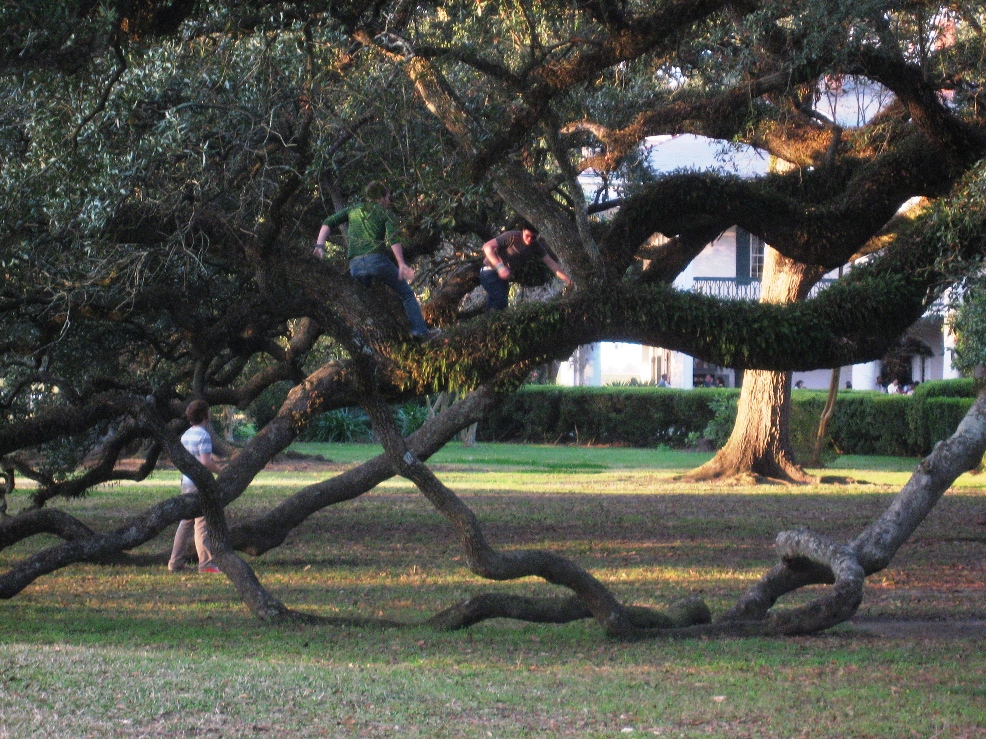 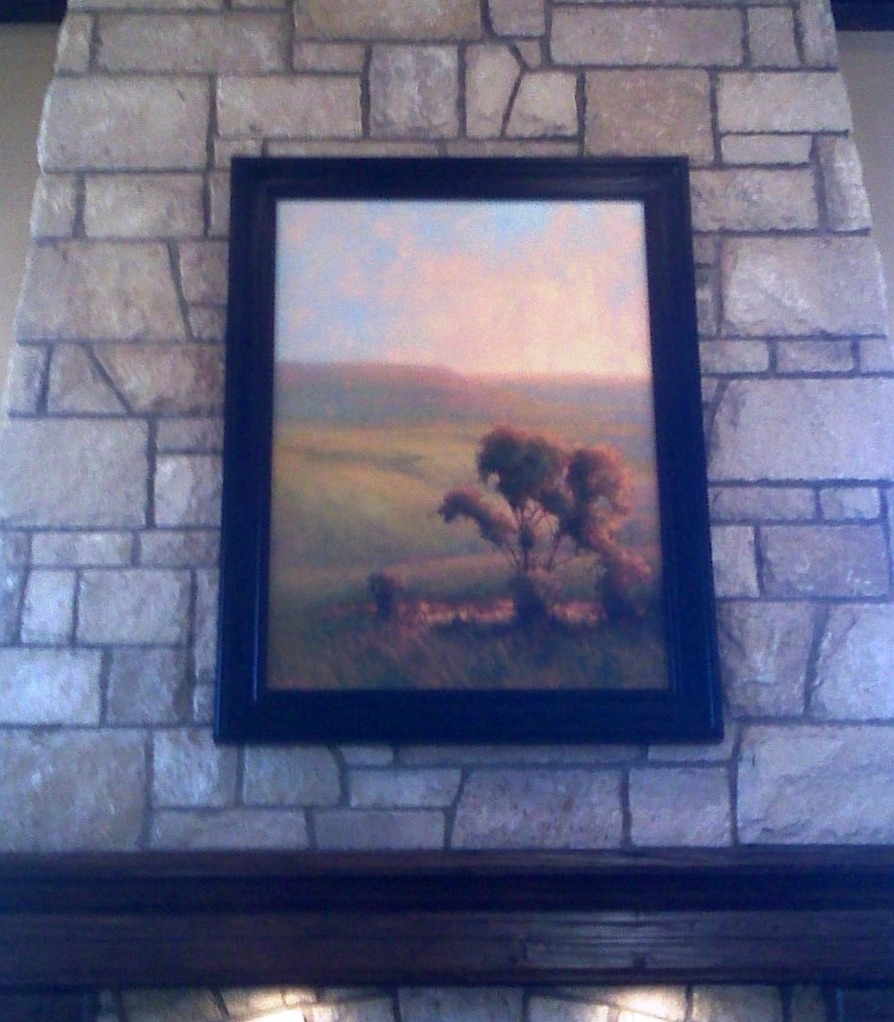 Installed this rather large painting–5′ x 3′–recently at theÂ Mills FarmÂ clubhouse.Â  It’s by Kim.Â Â The developerÂ lovesÂ it, the residents love it, but the photo sucks because the blastedÂ art dealer took the shot with his cell, having forgot a proper camera.Â  Well, I’ll post a better shotÂ some other time. 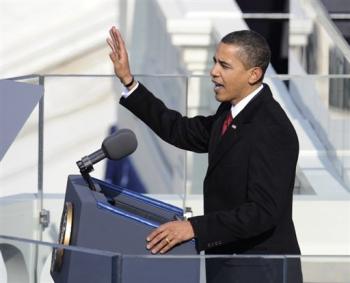 This article in the Washington Post needs no caption, nor doÂ these photos.Â  Now, maybe, we can go back to advancing a country that truly represents all its citizens, not just a handful of the privileged and the greedy–who have done damage we’ll spendÂ  generations repairing.Â  I suspect that Franklin and Adams would be proud–not to mention King. 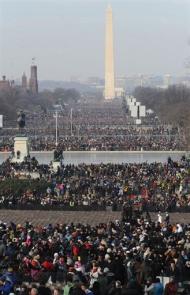 My only regret?Â  I didn’t make it to DC.Â  Well, some other time.

On New Year’s Day my sons, one of their friends, and I traveled down through the Mississippi Delta on our way to New Orleans.Â  The Delta is easy to bypass, since no interstate traverses it, it’s well off the beaten path, and still struggles with considerable poverty.Â  One might not consider it a place to explore.Â  But for theÂ Blues, and the culture that gave birth to the Blues, there is no place like Clarksdale or the Delta. 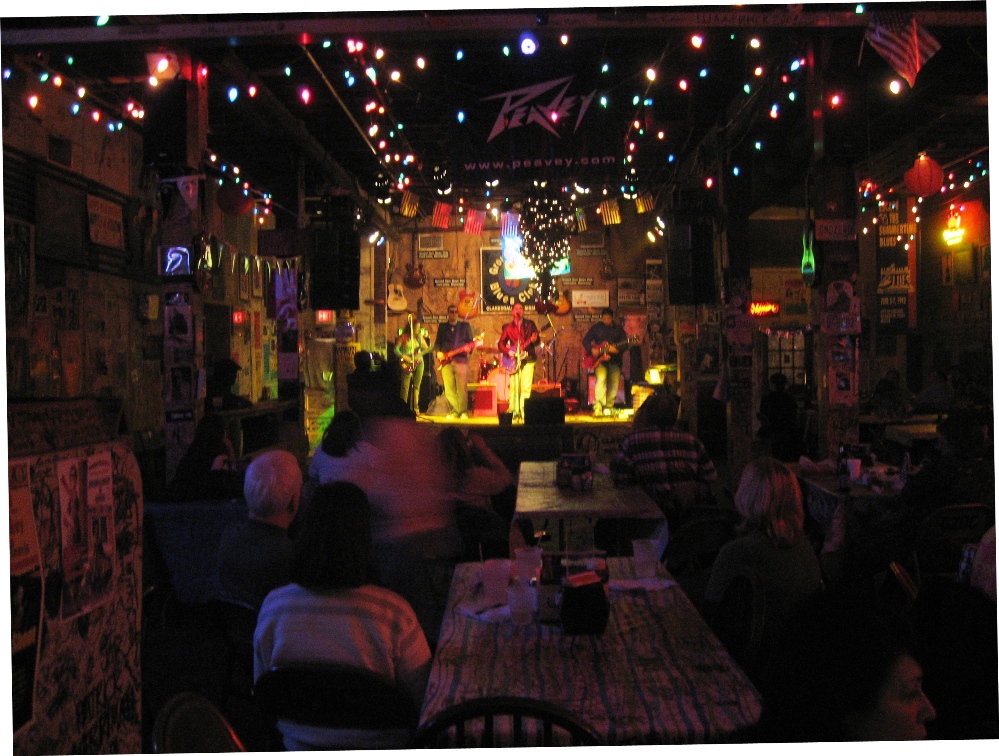 We were onlyÂ there one night, and of course went to the Ground Zero Blues Club.Â  Great music, but man, they don’t believe in that smoking-ban thing. 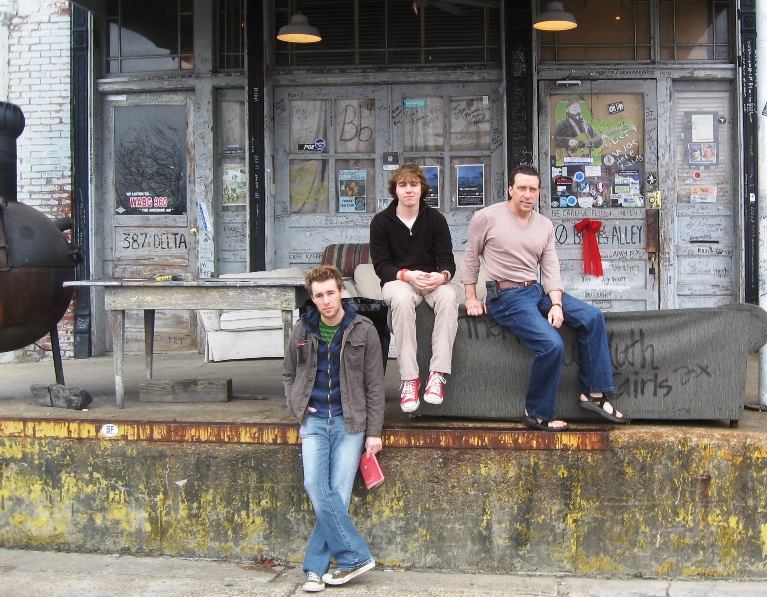 This is how theÂ joint looks in daylight.Â Â Yeah, it has character. 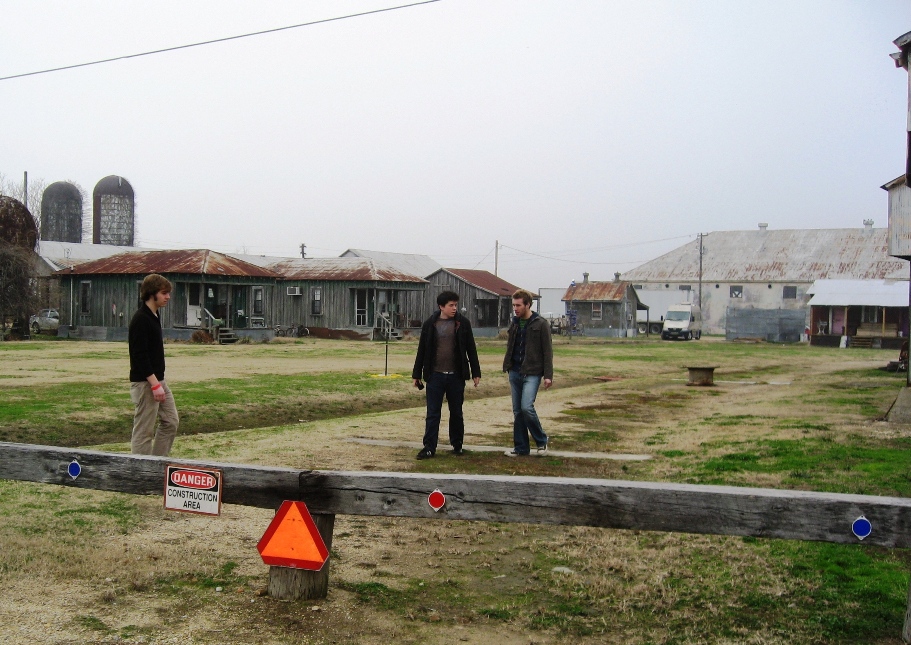 On the outskirts of town isÂ the Hopson Plantation,Â whichÂ is now a sort of museum,Â but where theÂ cruel hardships of cotton workers from the past still float through the air.Â  Note the old workers’ shacks.Â  I can’t imagine the life they lived, or what is was like picking cotton, by hand, for decades on end.Â  Bad enough as an underpaid worker, pure hell as a slave.Â  But cotton harvesting went mechanical in the ’40s, and many of the Blacks fled north to St. Louis, Chicago and Detroit, taking their music with them.Â  In fact many left from the old Depot in Clarksdale, which is were the Blues Museum now is. 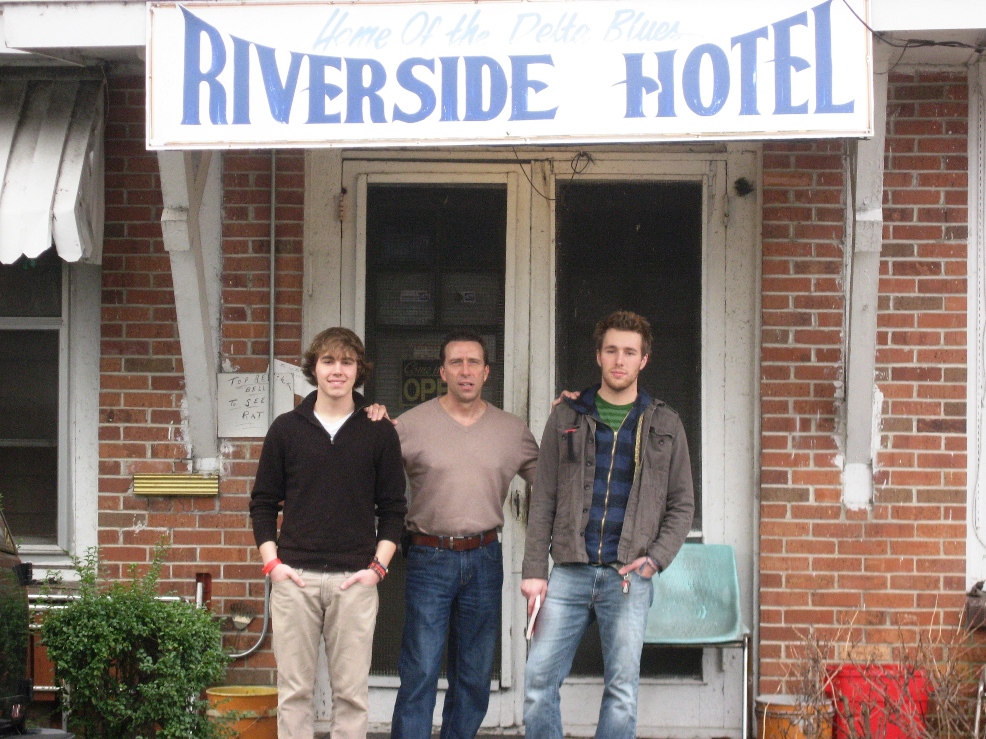 And this is the former hospital, now the Riverside Hotel, where Bessie Smith died after her car wreck in 1937.Â  It was only the hospital for Blacks in the Delta at that time,Â then was converted to a hotel in 1944.Â  Robert Johnson never got to stay here, since he died before the place became a hotel.Â  But the Crossroads he wrote about aren’t far away. 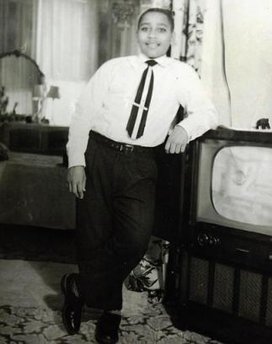 Then of course in the Delta,Â justÂ 30 minutesÂ south of Clarksdale, is Money.Â  This is where the boy Emmett Till was lynched in 1955Â for whistling at a white woman.Â  And that, along with centuries of an injustice so brutal it can’t really be described, is what helped launchÂ the events that followed: Rosa Parks refusing to give up her busÂ seat, Martin Luther King’s intelligent assault on sheer stupidity, and everything else that ledÂ up to the inaugerationÂ next Tuesday.Â  MaybeÂ the U.S.Â can nowÂ become aÂ real republic, since we can’t be until all our citizens are fairly and equitably represented.

Like all our familyÂ trips, the first priority is fun–and lots of it.Â  But underlying this is the importance of learning: about the history and culture of each region, and the legacy that those things are built on, whether cruel, glorious, inglorious, or bizarre.Â  In this case, my sonsÂ appreciated more in one dayÂ about the Civil Rights movement and what inspired it,Â than all the books they’ve read in school.Â Â Well, that was the point.Â 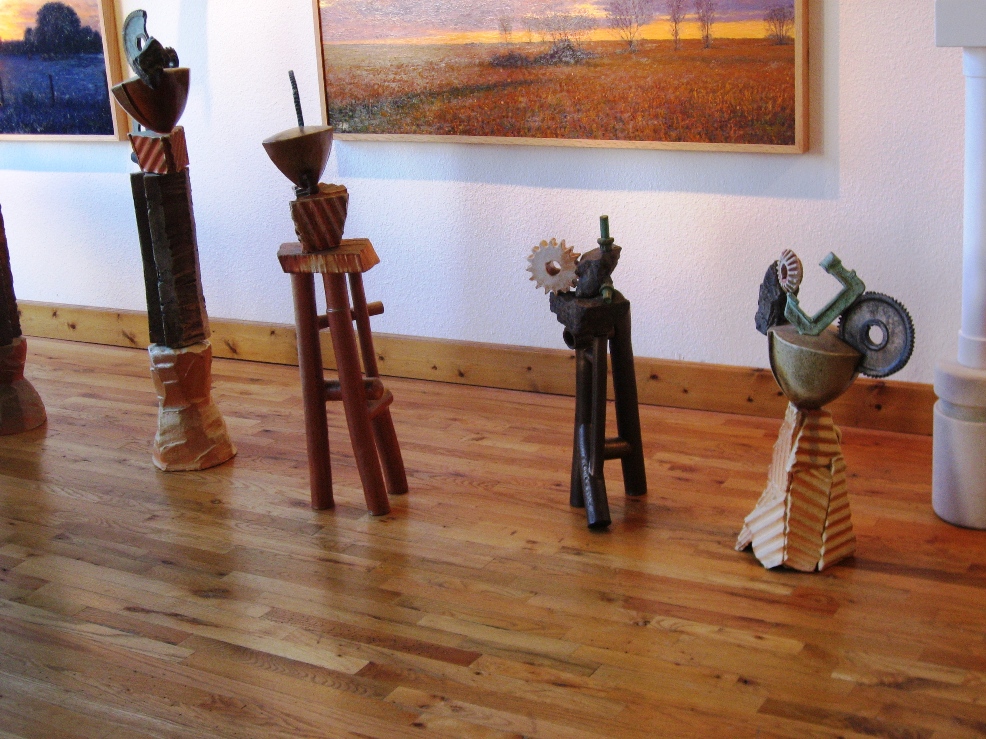 Last month I visited the Hyde Gallery in Springfield as part of the art selection process for the new BKD headquarters.Â  Gallery was founded by Jan Hyde, and isÂ one of the most sophisticated in that region.Â  Her artists will definitely fill a lot of walls in the building, and the ones selected are allÂ from the Springfield area.Â  Well, that’s the point.Â 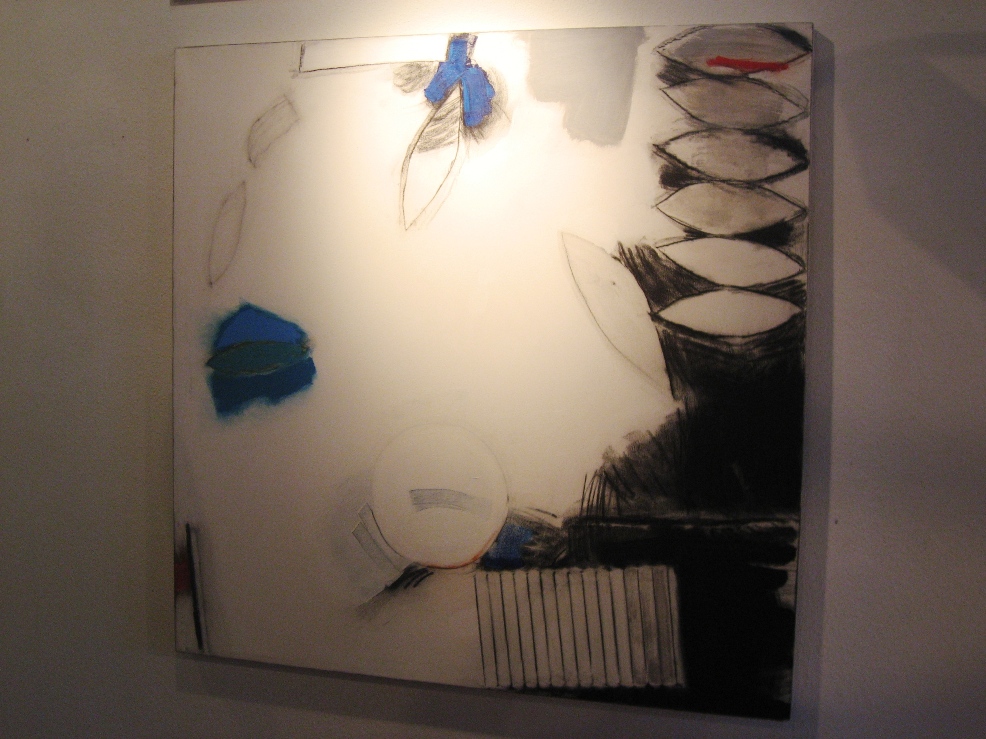 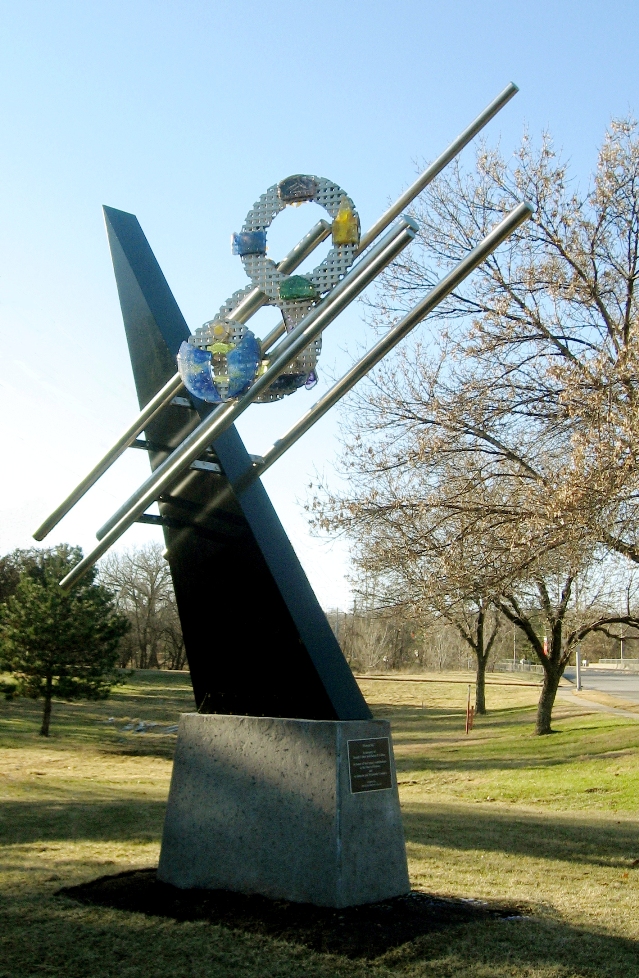 Matt Kirby and I were interviewed this week on KCUR, the local NPR affiliate.Â  It concerned Pierced Sky, the sculpture in honor of the late Bart Cohen.Â  Give a Listen, if you like.Â  They cut the part with me teasing Matt, but the rest was left in.

Well I’m about a week out for giving my seminar for Ariane Goodwin’s smARTist Telesummit for this year.Â  Details are on her website.Â  I gather 1000Â artists signed up last year, and this year looks even stronger, so it should prove interesting.Â  Looking forward to it either way.Â Â Â 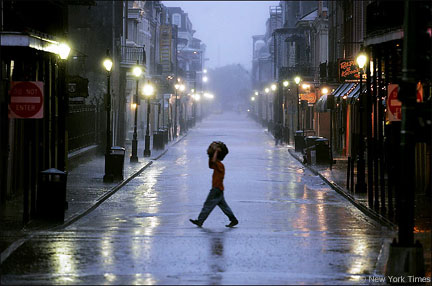 In New Orleans for a few days.Â  Drove down with my sons.Â  Came through the Mississippi Delta and along the Blues Trails: Robert Johnson, Bessie Smith, Leadbelly, and all that.Â  Also the town in which Emmett Till was murdered in 1955: Money, MS.Â Â A very good though tragic history lesson for the boys, since thisÂ unspeakable, horrendous,Â  brutalÂ crimeÂ helped give real fire to the Civil Rights movement.Â  And this lynching was only one of thousands.Â  The bigÂ difference here was they did it to a boy, and the national press jumped all over it.Â  Thankfully that primitive attitude has all but vanished from the South.Â  A few more generations, and hopefully itsÂ destructive legacy will be nullified.Â  I won’t see that final change, but my sons will.

Now we’re in N.O.Â  A good place to start a new book?Â  Sure, why not.Â  It was for Anderson and Capote.