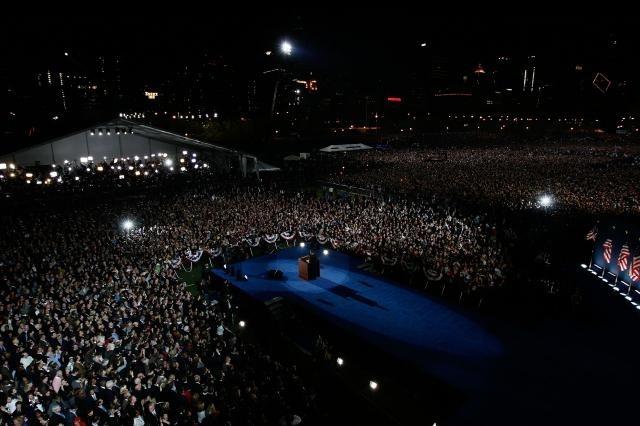 No, I’m not referring to theÂ Alice Cooper Song, butÂ to what will likely prove aÂ historic and much neededÂ shift in Many Countries,Â not justÂ this one.Â  It’s too soon to tell how effective Obama will be, but my hunch is he’ll prove as much a global leader as an American one, provided he chooses his cabinet wisely.Â  I suspect he will.

Either way,Â 8 years of poor leadership, naked greed, and a completeÂ misuse of power are over.Â  But the damage doneÂ to our democracy is enormous, and the gap between rich and poor has beenÂ disgustingly broadened.Â  Opportunity wasn’t advanced except for a handful of the privileged; everyone else was ignored–an attitude that the Founding Fathers would have taken a dim view of.Â  We have a long way to go in cleaning up the mess, but at least nowÂ we can begin.