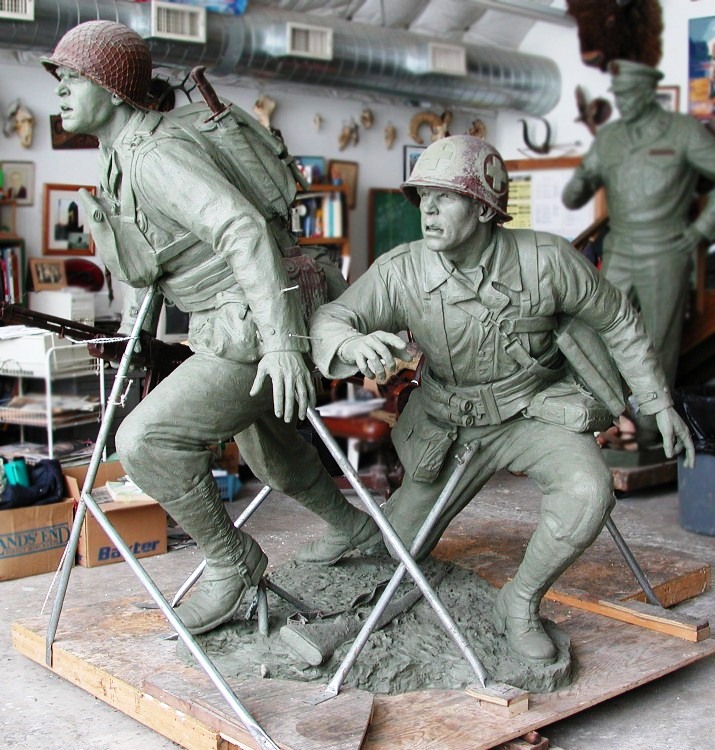 Next month, on Veterans Day, the National D-Day Memorial will dedicate its last in a series of monuments that Jim Brothers has sculpted for them.Â  The piece is simply called Medic, and is part of the Beach Tableau.

This exhausting project began for Jim in 1997, when I first landed the commission for him.Â  Since then he’s sculpted eight monuments for D-Day, including one of Eisenhower,Â and six portrait busts of Eisenhower’s Supreme Command Staff.Â Â Jim also went to Normandy to get drunk with the French, but that was just a perk.

Halfway through thisÂ grueling processÂ he was diagnosed with cancer, beat it, and came back out swinging.Â  That’s realÂ strength.Â  For a younger man this project might have been considered enough for a lifetime achievement.Â  For Jim, it was just one of many commissions, most of them undertaken in his 50s and 60s.Â  I do believe Saint-Gaudens would have stepped forward to congratulate him.

Looking forward to the final dedication in VA next month.