Last fall an art critic for the New York Sun wrote me, wanting to know if William Lobdell had influenced Wayne Thiebaud’s paintings of San Francisco.Â  I told her thatÂ since William was 40 and Thiebaud 88, probably not.Â  She was impressed with his work anyway, which made me realize it was time to help William get a New York show.Â

So I encouraged him to begin interpreting structures of New York.Â  The first one isÂ above.Â  I’ll help him get a NYÂ gallery soon.Â  The critic?Â  We’ll let her know when the show is on. 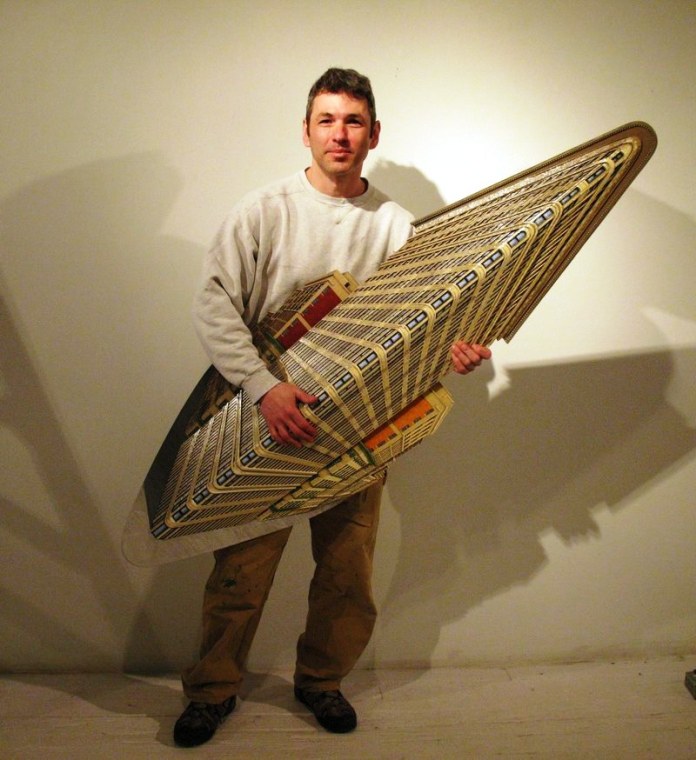