Saw American Gangster last night with Brown Eyes after a casual meal at the Salty Iguana.Â  Disagree with the critics who say there’s too much talk and not enough action.Â  This is a complicated story that requires extensive character development.Â  The primary characters are developed beautifully,Â so much that you can feel their disparate struggles.Â  That’s a signÂ of aÂ good story.Â  It also brought back the bleakness of the 70s drug trade; crazy time I would never choose to revisit.

Worked on the new book for a couple of hours today.Â  ItÂ goes well.Â  Should be done late Jan. 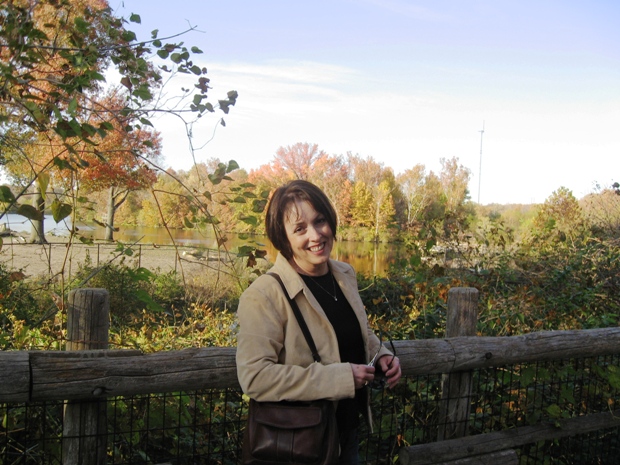 Recent walk with Brown Eyes at the Zoo to enjoy the changing leaves.Â  It was only after I took this shot that I told her she was standing in the lion’s pen.Â  Man you should have seen her move.Â