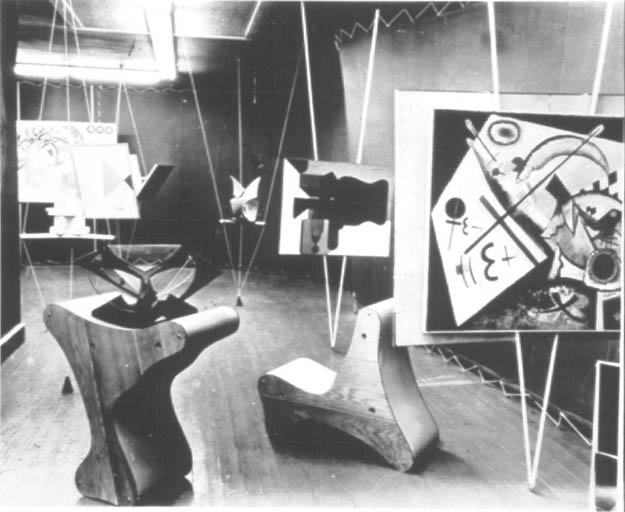 When I opened my gallery, in 1991, I was naive about the art business, three inches above broke, with little capital and no experience. What little capital I did have, I’d saved from running a tree service for eight years. Why a tree service? Because I had to remain free to write my novels, which I never could have done if I’d been scribbling promotional copy for corporationsï¿½though the money would have been better.

So I opened the business, my capital was gone in three months, and my spiral into debt and near-bankruptcy began. I’d always worked long hours in the tree business; now 70-hour weeks became the standard. It was either that or file, and I wasn’t going to file. Not until seven years later did we start to turn a reasonable profit.

But the one thing that allowed me to stay open in this fickle market was the consigning of artwork. I didn’t invent the system, I was just told that that’s how it was done. So on a 50% split with painters, 40% with ceramists and steel sculptors, and 33% with bronze sculptors, I began to take on work. Why the different percentages? Because these artists have different levels of expense, and broke though I was, it would have been unethical to take the same from a bronze sculptor that I did from a painter. This is still my policy, though few other galleries agree with it. It is also my policy to increase each artist’s prices to the highest level that the market will bear, so that they profit.

What did these artists get in return? Sales, my growing skills as a dealer, insured works, annual shows that I paid for, marketing, advertising, articles in papers and magazines, a nice space in which to show, and contact with my expanding circle of clients. They also got my counsel. Had they not consigned their work, and insisted on selling it to me, I would have gone bust, and none of their careers would have advanced. It was a joint effort; it still is.

In the Western World, only about 7% of the buying public collect original art, regardless of the price level. Selling art isn’t like selling clothes in a department store, where you buy the items wholesale, then count on the vast demands of the public to buy your inventory. Everybody buys clothes; very few people buy art. Hence the majority of inventory in any gallery never sells. Dealers must also constantly experiment with the market in determining what they can and can’t sell. As they do this, they deal with annual overheads that vary from $120,000 to $100,000,000, depending on the gallery.

Ideally, all artists should be paid a wholesale price for their work, with the galleries turning it over at a retail profit. Unfortunately the very slender level of demand would force most galleries out of business were this a standard practice.

If I were a visual artist, I would like to see the consignment policy banned; I just don’t think it’s realistic in view of the limited market. Besides, I am an artistï¿½a novelist. I wrote for 25 years, endured 177 rejections, and went through two agents before getting published. I’ve written ten books, or three million words. Believe me, I know how it feels to be saddled with an impecunious calling that you have no choice over, and for which you sacrifice so much. I would love it if agents would buy my books, then sell them to publishers in turn. Unfortunately, that isn’t realistic for their market either.

The consignment system is flawed, to be sure. I didn’t invent it, but since it’s in place, it’s my job to utilize it ethically. When an artist signs with me, they’re not just consigning works that we hope we can maybe sell; they’re entrusting us with a career to help advance, the same way an agent does for a writer. If my gallery fails in thisï¿½since you can’t succeed at it every timeï¿½we discuss what to do about it, and try to act.

There are plenty of dealers who take advantage of the system, never pay their artists, leave town with the art, don’t pay for the shows or marketing, charge criminal percentages, and should be locked up like any other crook. They’ve always been around, they always will be. I can’t change that. But I can try to educate artists on the differences between ethical and unethical dealers, which is why I write for a variety of magazines, and I why I wrote Living the Artist’s Life.

The truth is, the market realities place stresses on both artists and dealers, which explains why 80% of all galleries go broke. Until there’s a larger market for art in a world that places greater value on new cars and sofas than art and education, we will continue to deal with this issue. But at least we get to live this life on some level; for 90% of the world’s populace, that isn’t even an option. I always try to remember that; it helps keep things in perspective, and the gratitude in place.