Josh and I had an install in Naples last month, and if you’re in Naples, you may as well go on to Key West. At least we always do. Great trip, Dude. 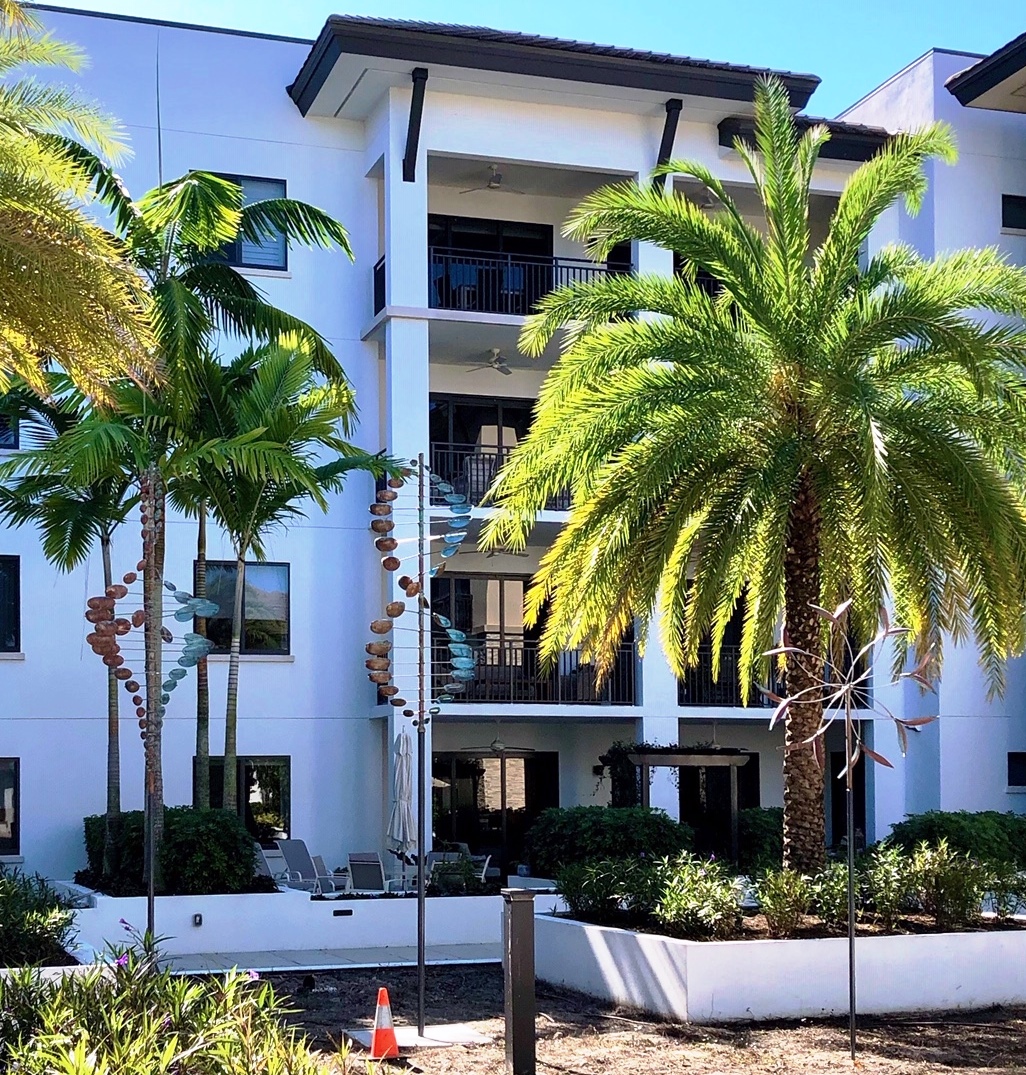 We installed 6 sculptures all told. Will get better shots after the landscaping is finished. 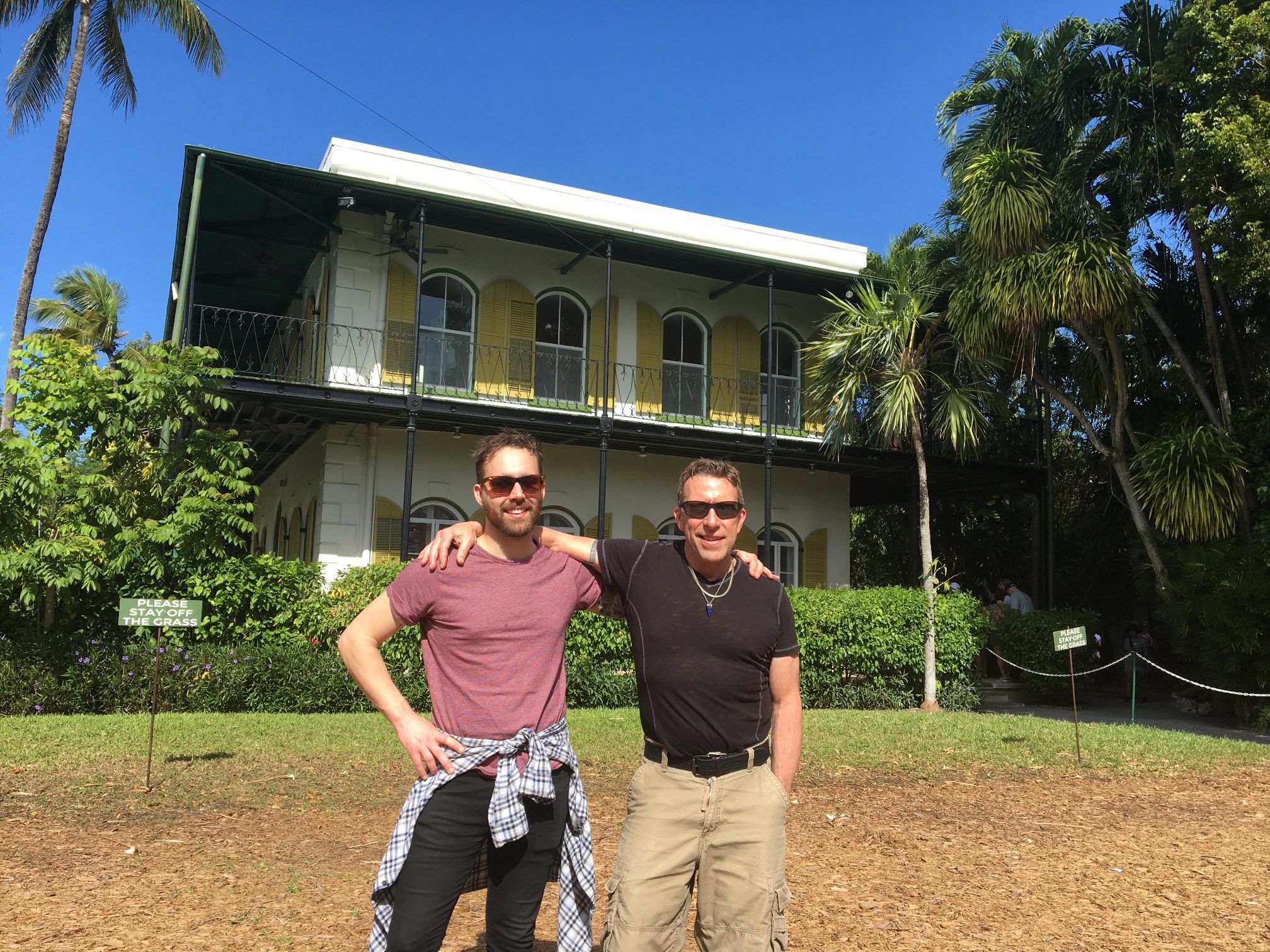 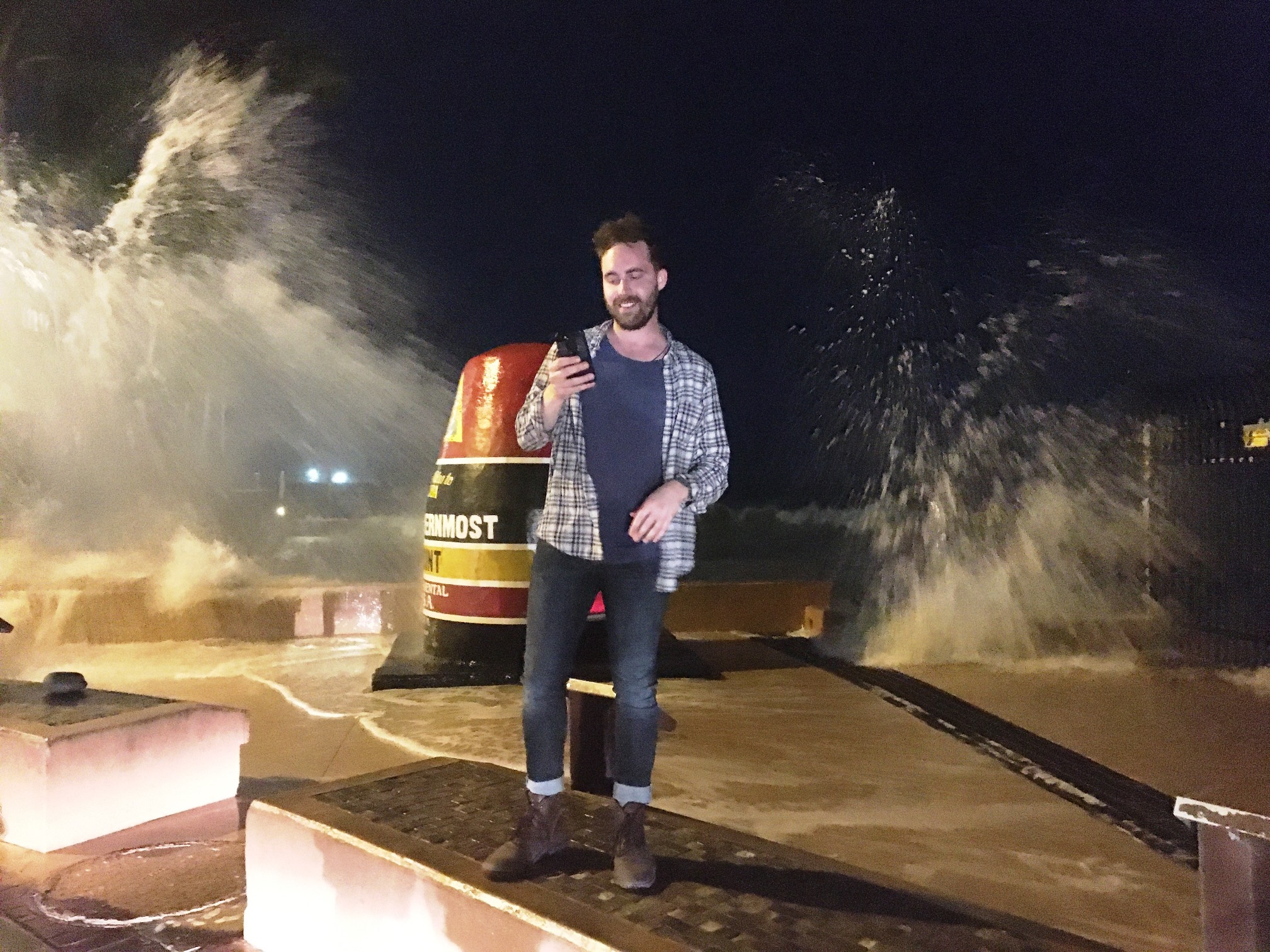 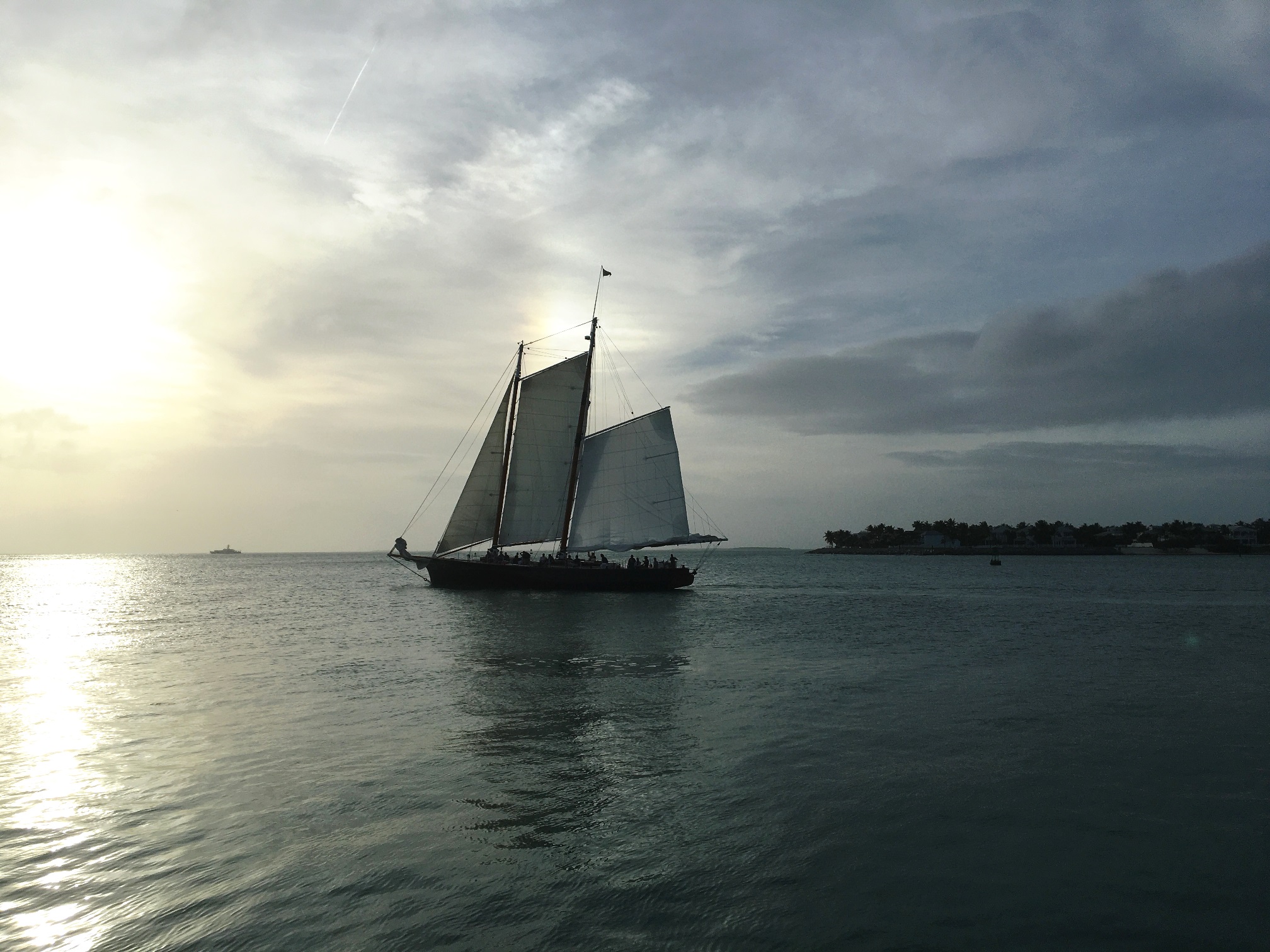 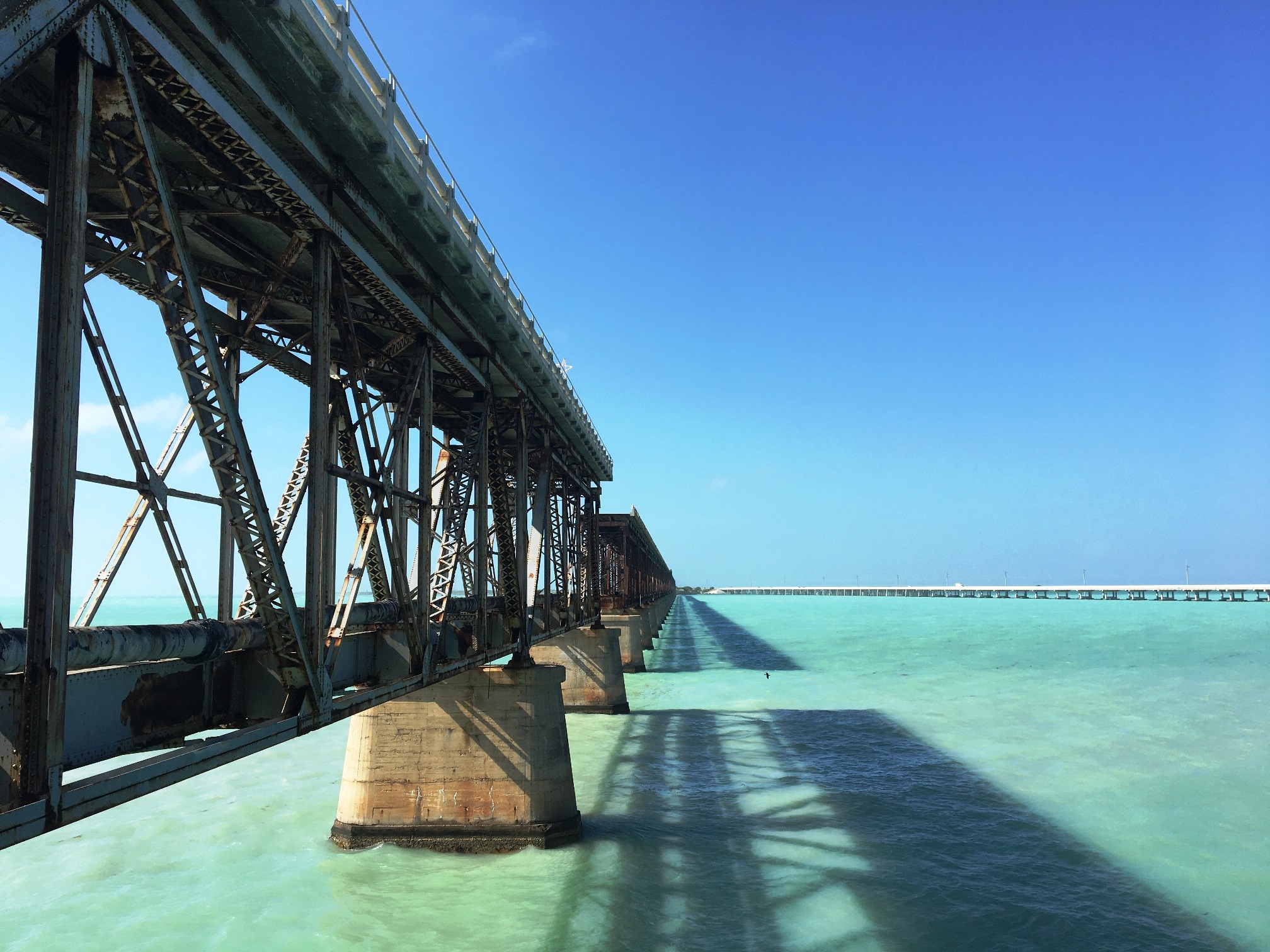 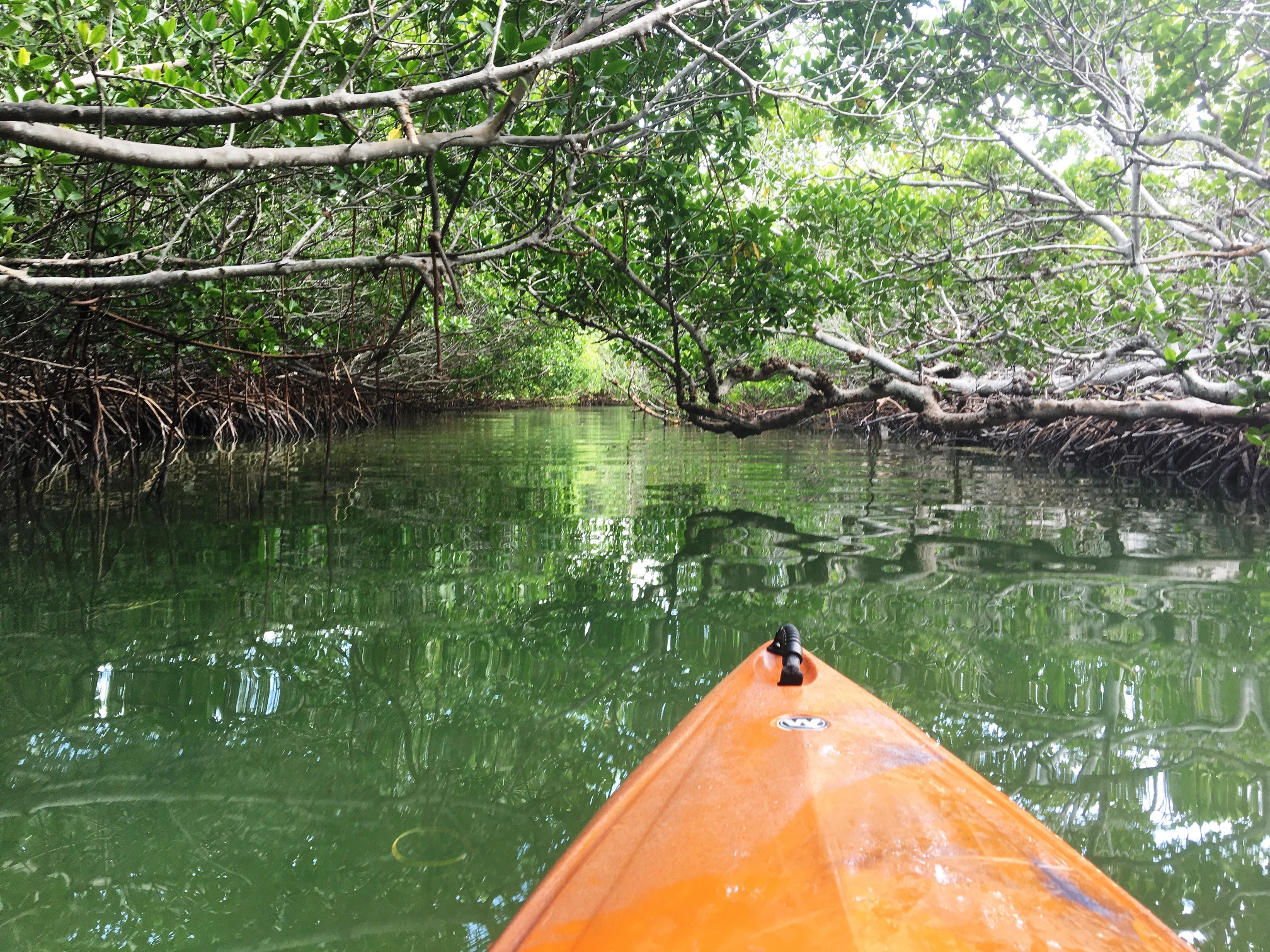 Will take Brown Eyes in March, as she loves the place even more than we do. 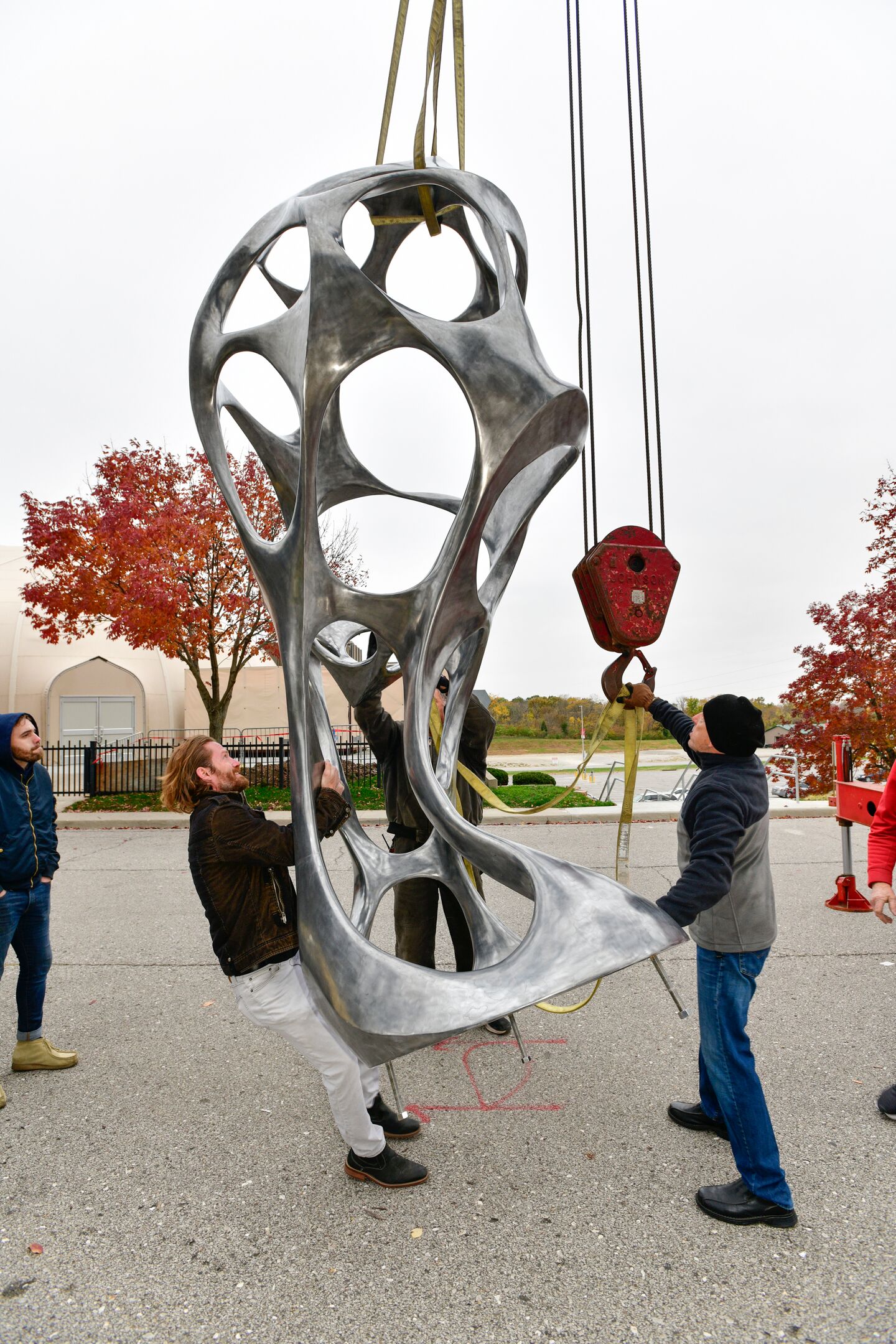 Recently installed Jacob’s brilliant piece, 3rd and Long, at Arrowhead. Abstracted football spiraling out of 4 play patterns. It went through lots of design drafts before we hit this one. 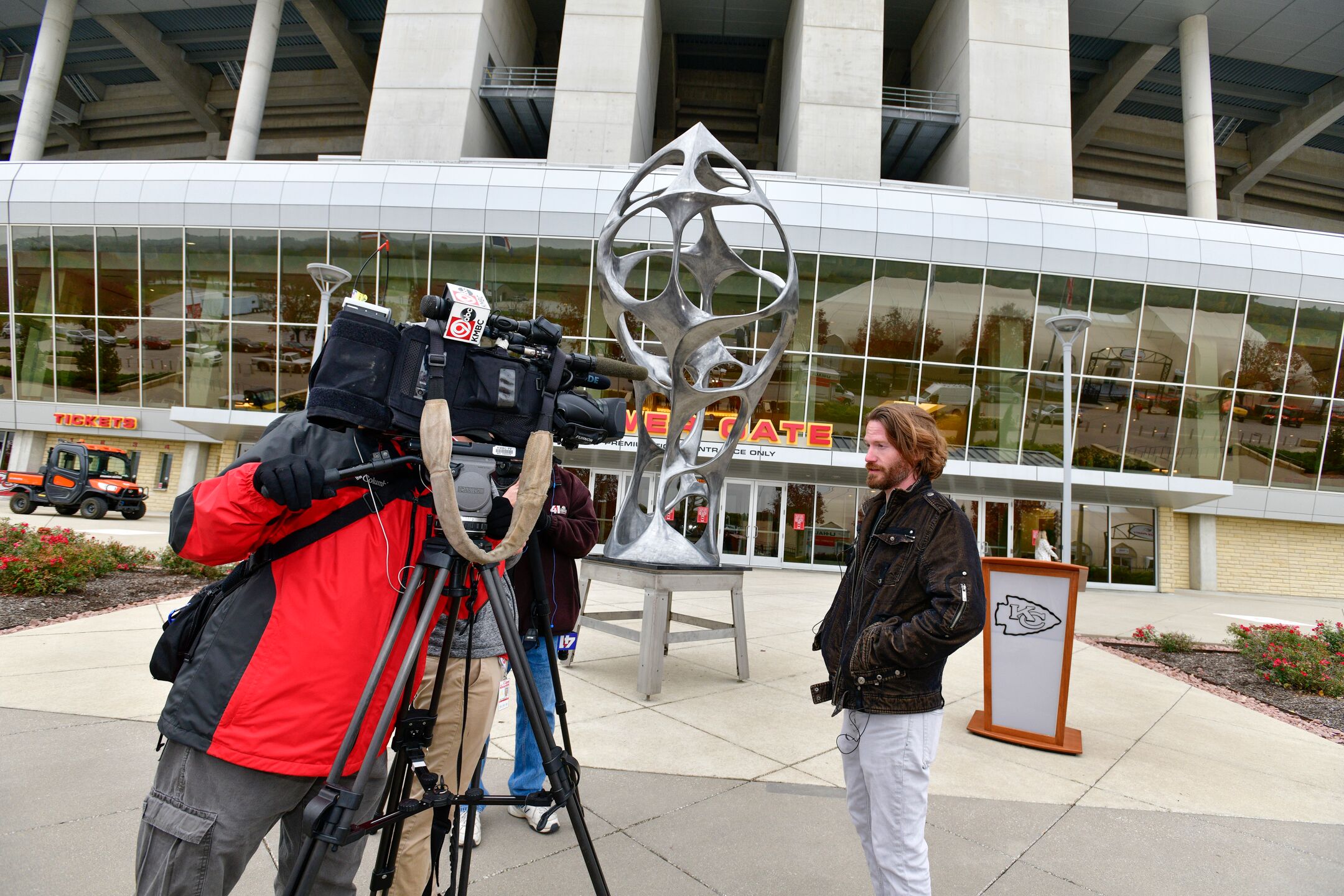 Great works as always, dude. More commissions are on the way. Thanks again to Sharron and Clark Hunt. 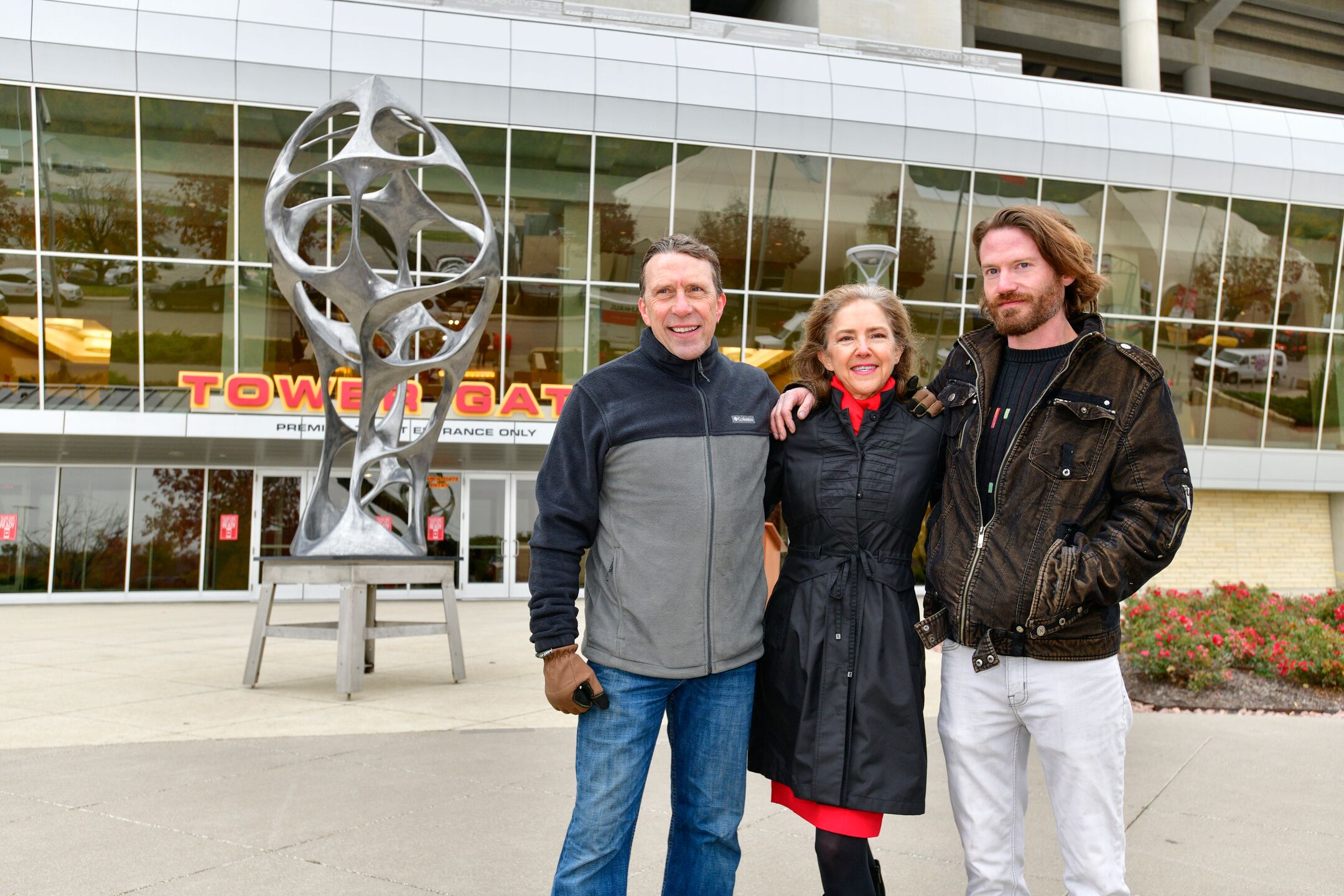 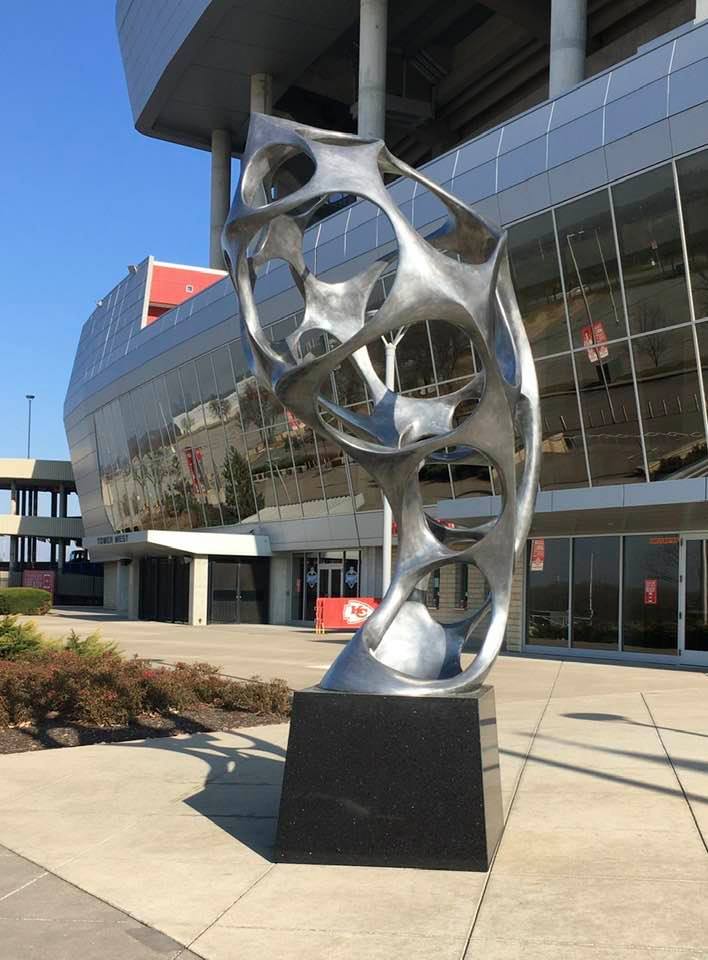 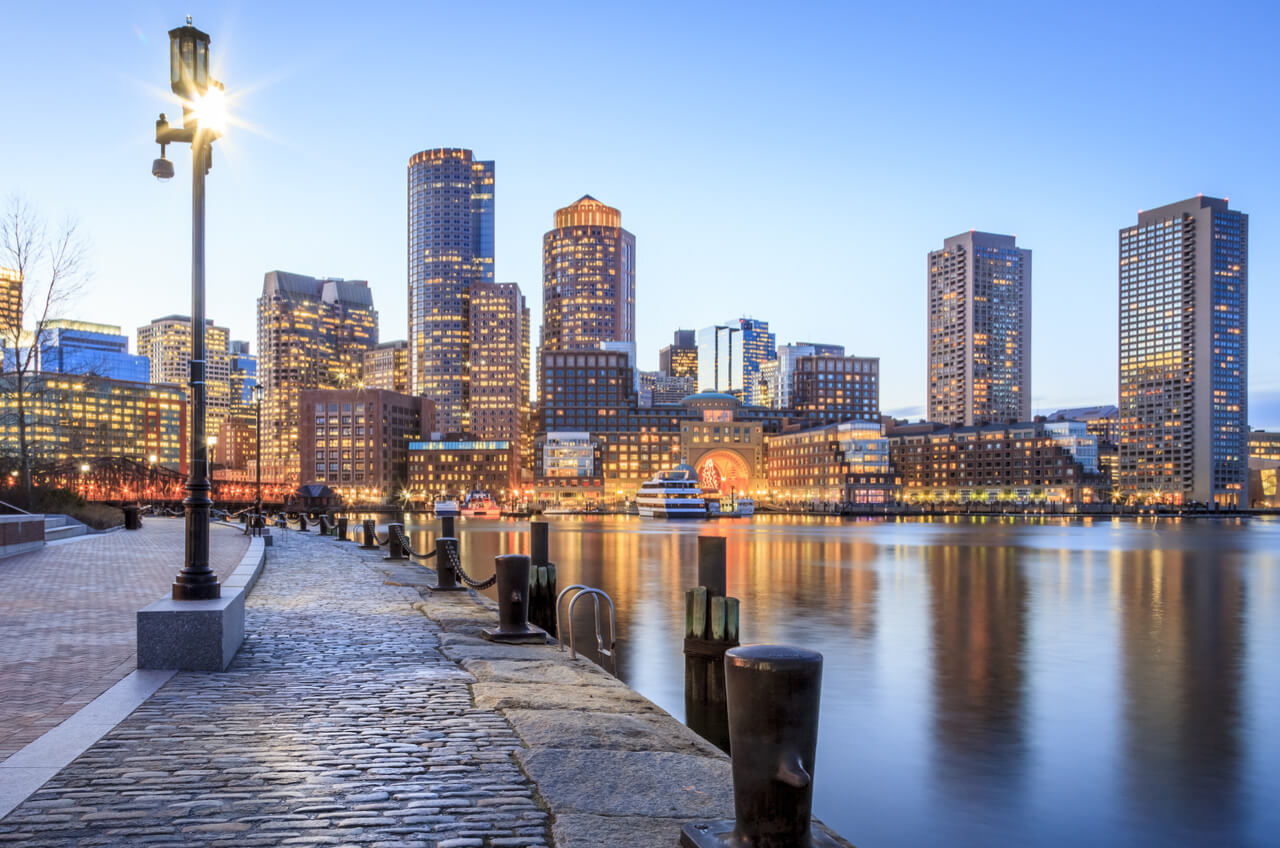 Next spring we’ll be installing an enormous Whitaker Wind Sculpture Exhibit at the Charlestown Navy Yard, near the USS Constitution. It’s going to be a beautiful summer: going to the Gardner Museum for chowdah, swimming with Great Whites on the Cape. Thanks to the Boston Arts Commission, the Navy Yard, Hallie, and everyone else who worked so hard to make this happen.

Here’s a Link to the Article. It’s going to be a blast! 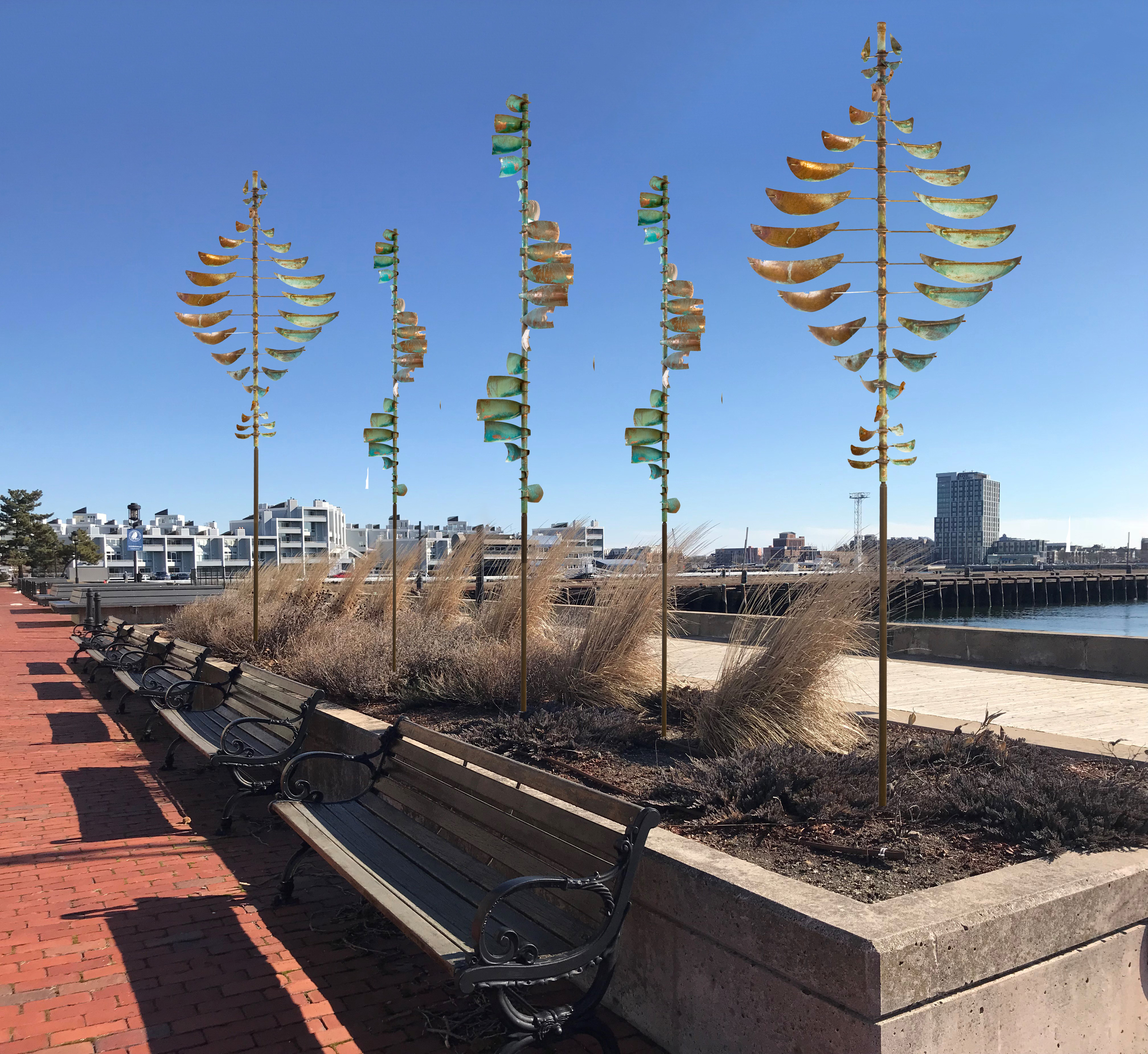 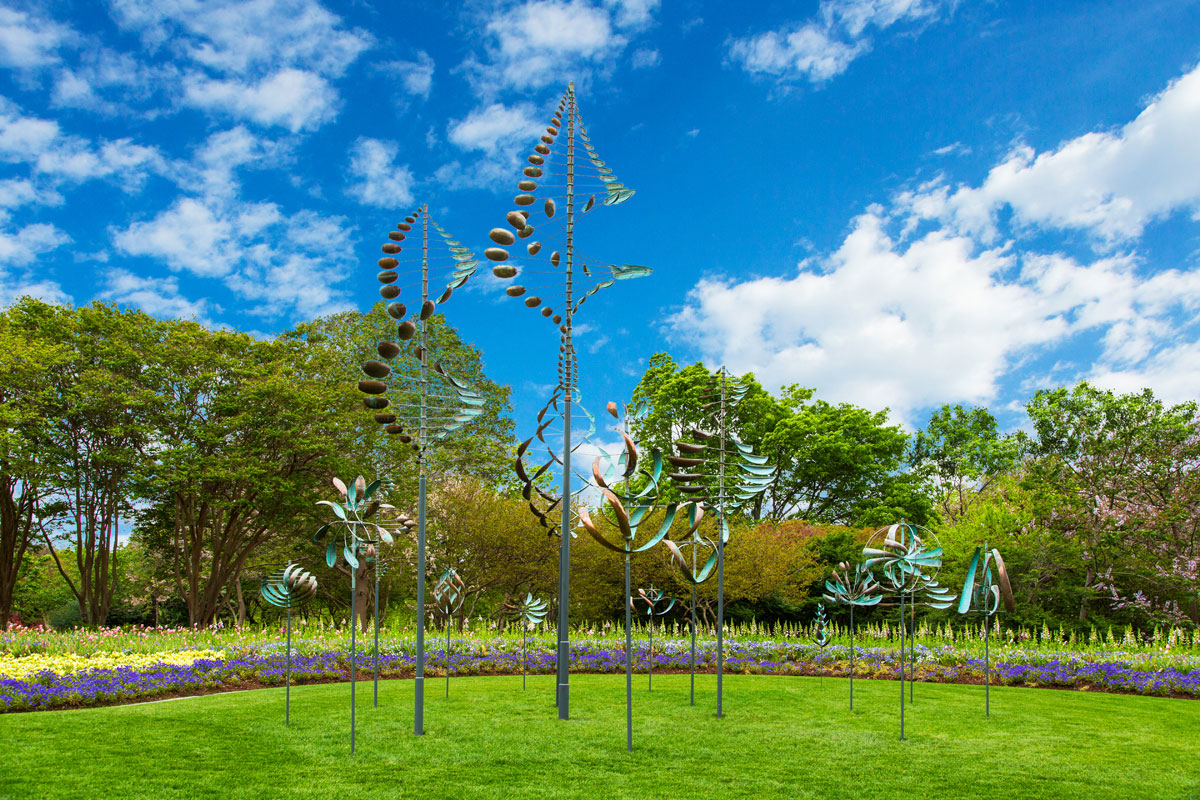 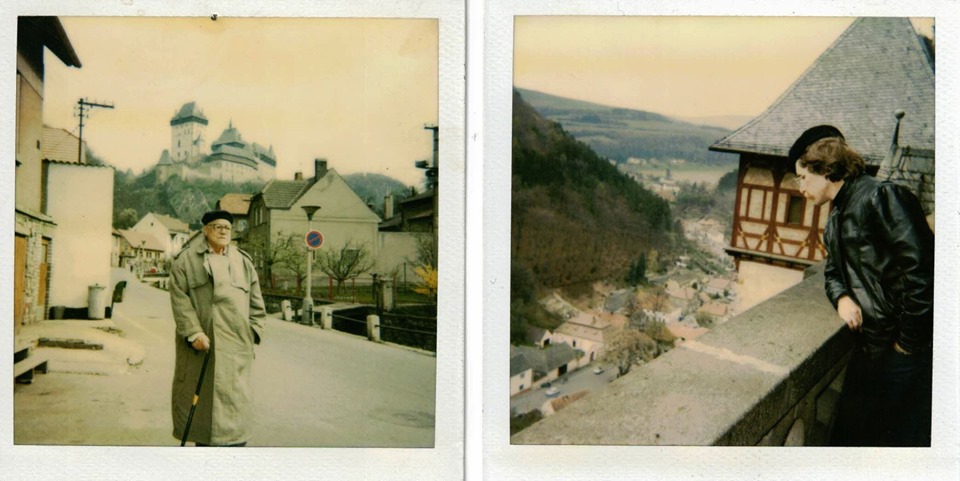 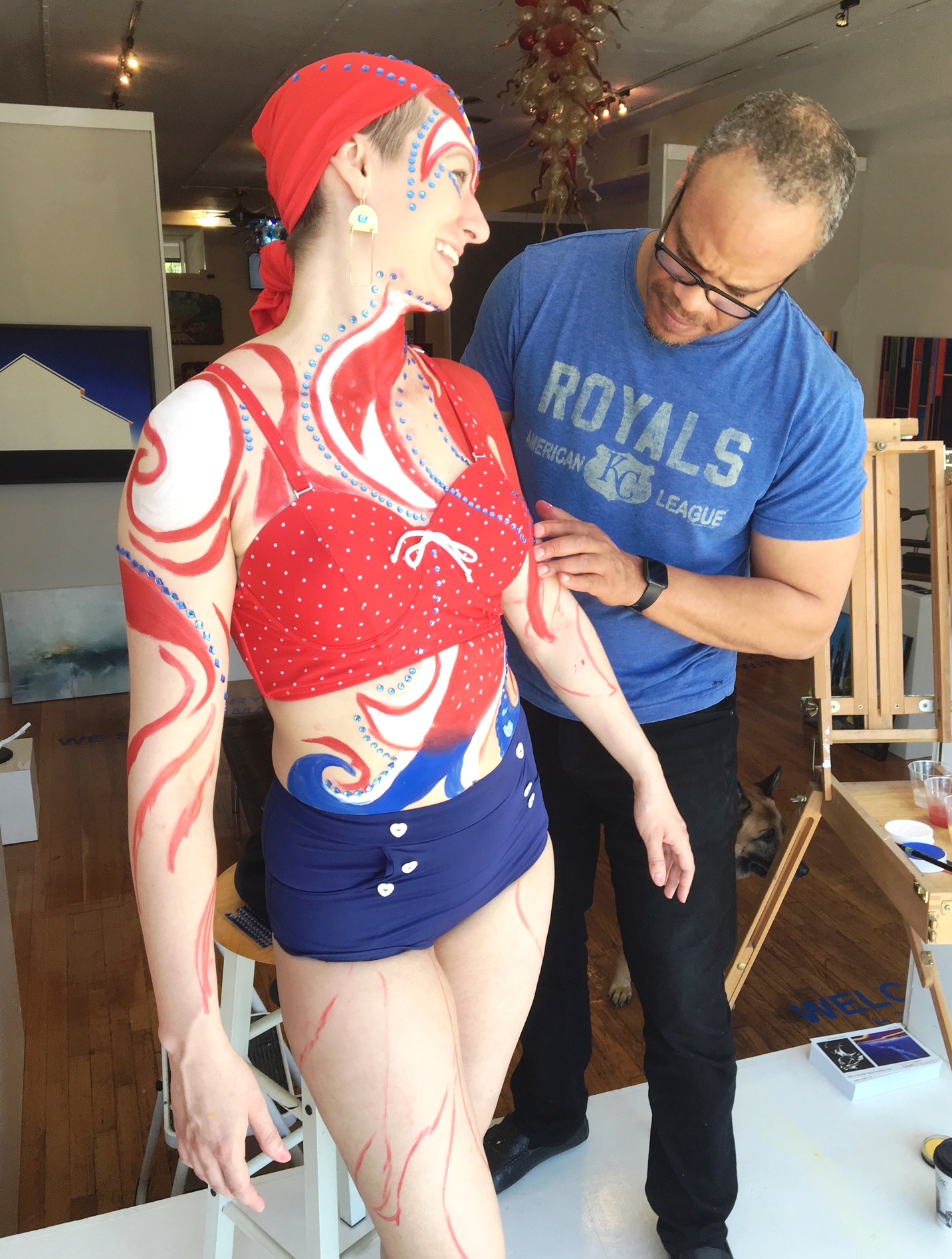 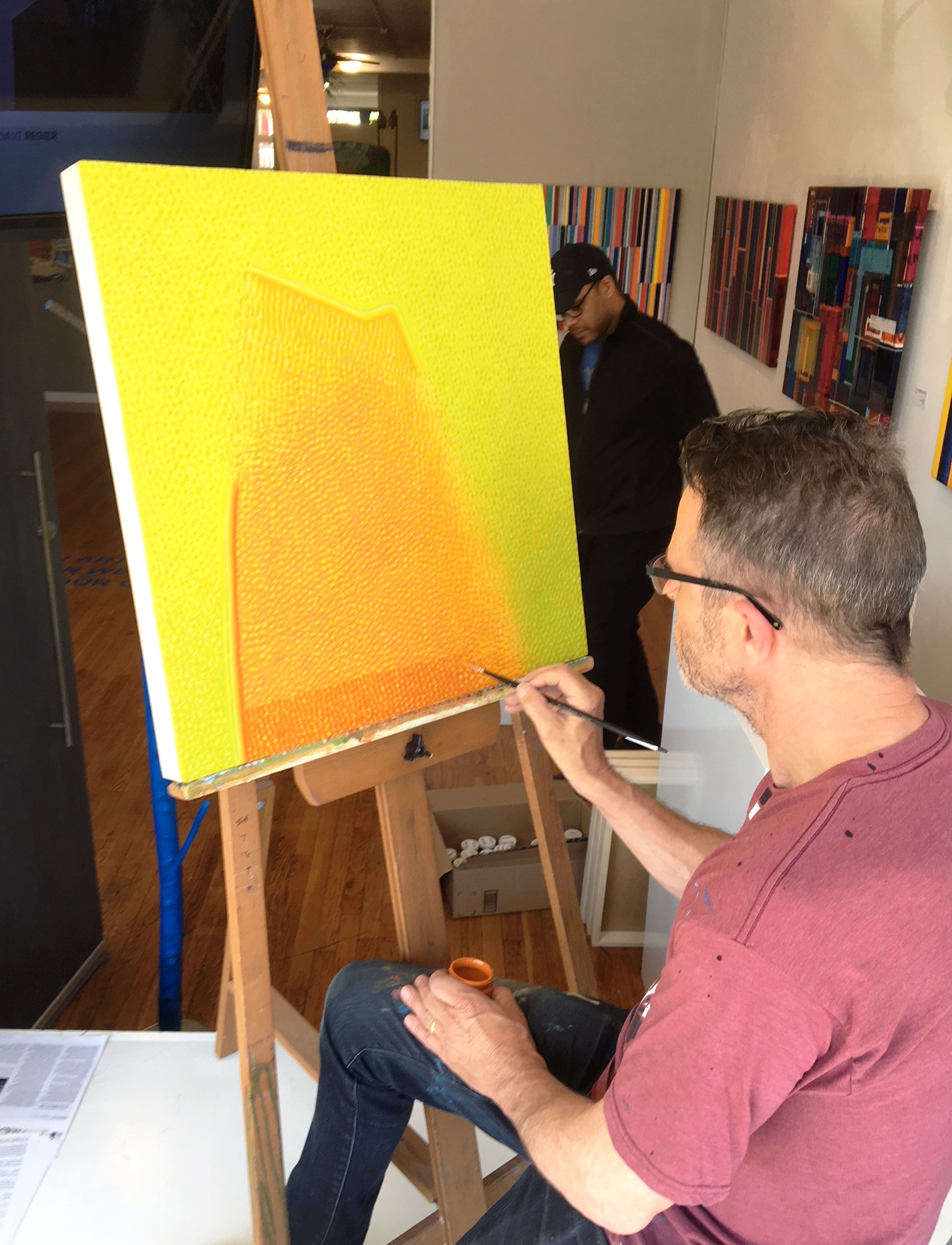 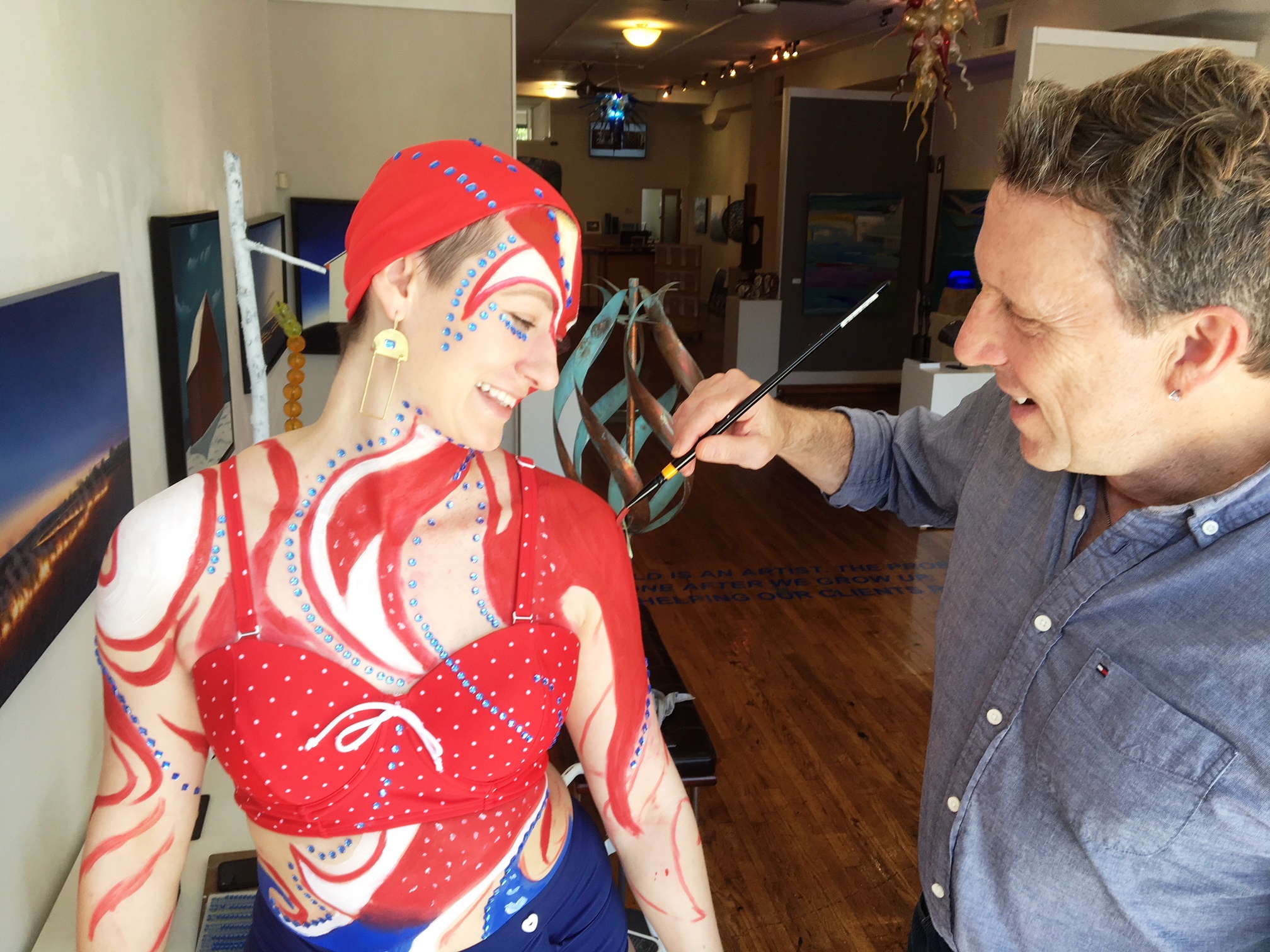 On a recent Saturday a lovely woman I know, Milica, agreed to a body-painting session in our window. Richard Raney did the artwork, brilliantly. Everyone loved it. 200 people came through to watch, and buy art, while Jerry Moon painted also. I gave it try, but everyone knows I can’t paint my way out of a paper bag. People tell me I’m a pretty good art consultant though.

Lord I love these punks, and don’t mind saying they love us. Helped a lot of them get into college this year. Will help more next year–on and on until I die. Thanks to my generous donors: Chiefs, Bill, David, Jeff, Milbank Manufacturing, and all the rest of you cool cats. You really help us make a diff in multiple lives. 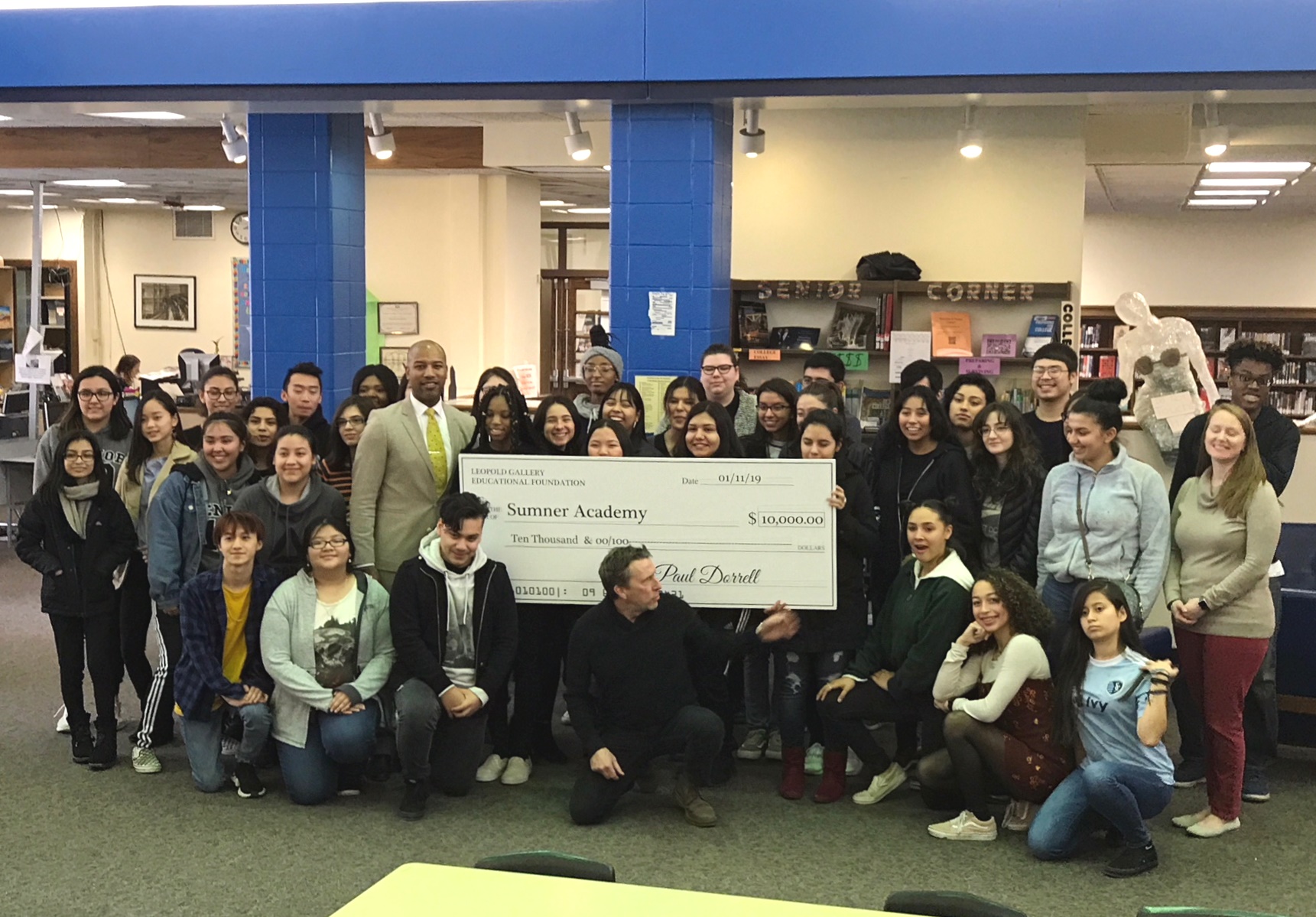 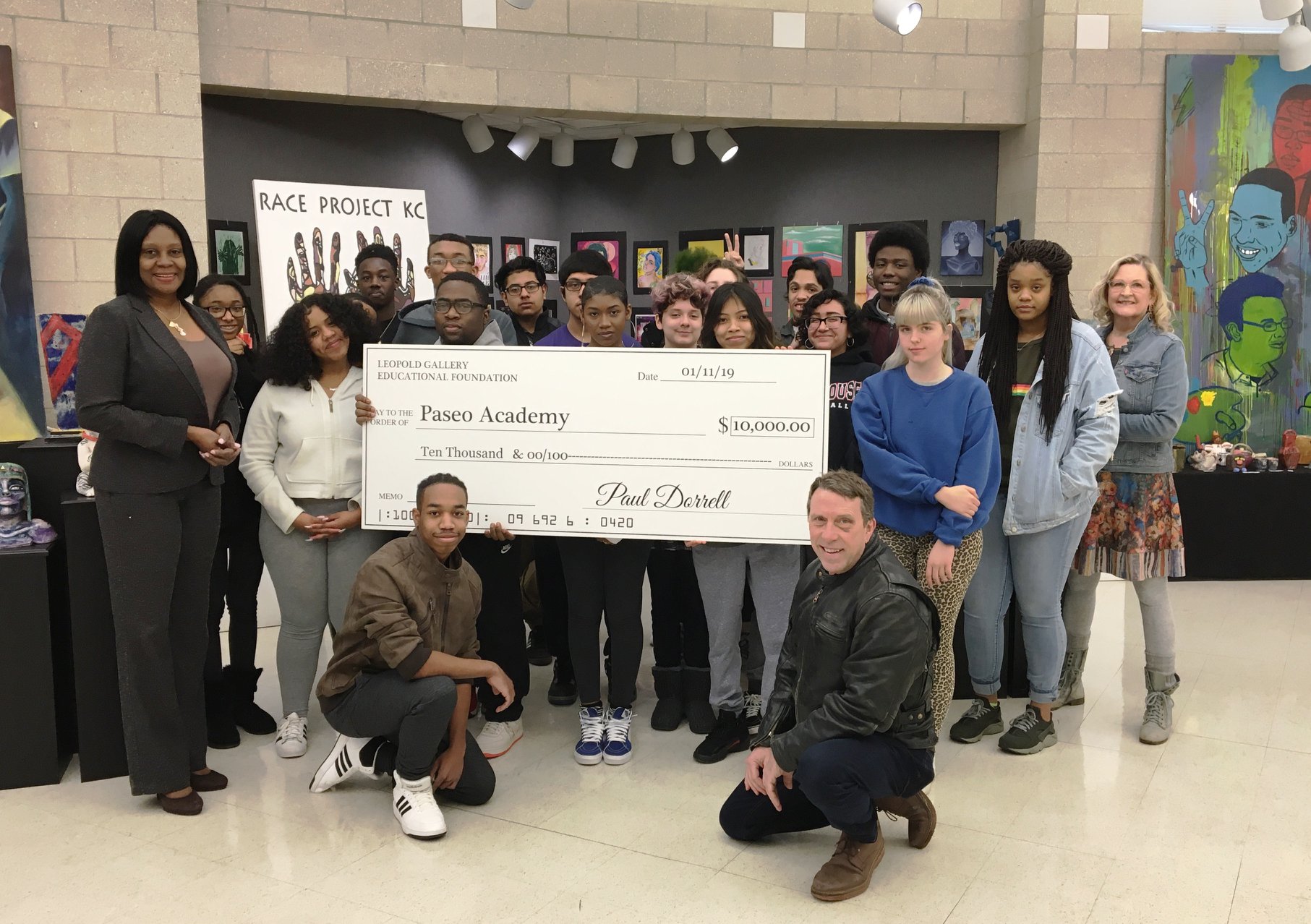 Installing Jacob Burmood’s brilliant monument for the National Soccer Hall of Fame in Dallas.  Here’s a brief video of the project. Great job, Brother. That bourbon last night was well-earned. Thanks again Clark and Dan. 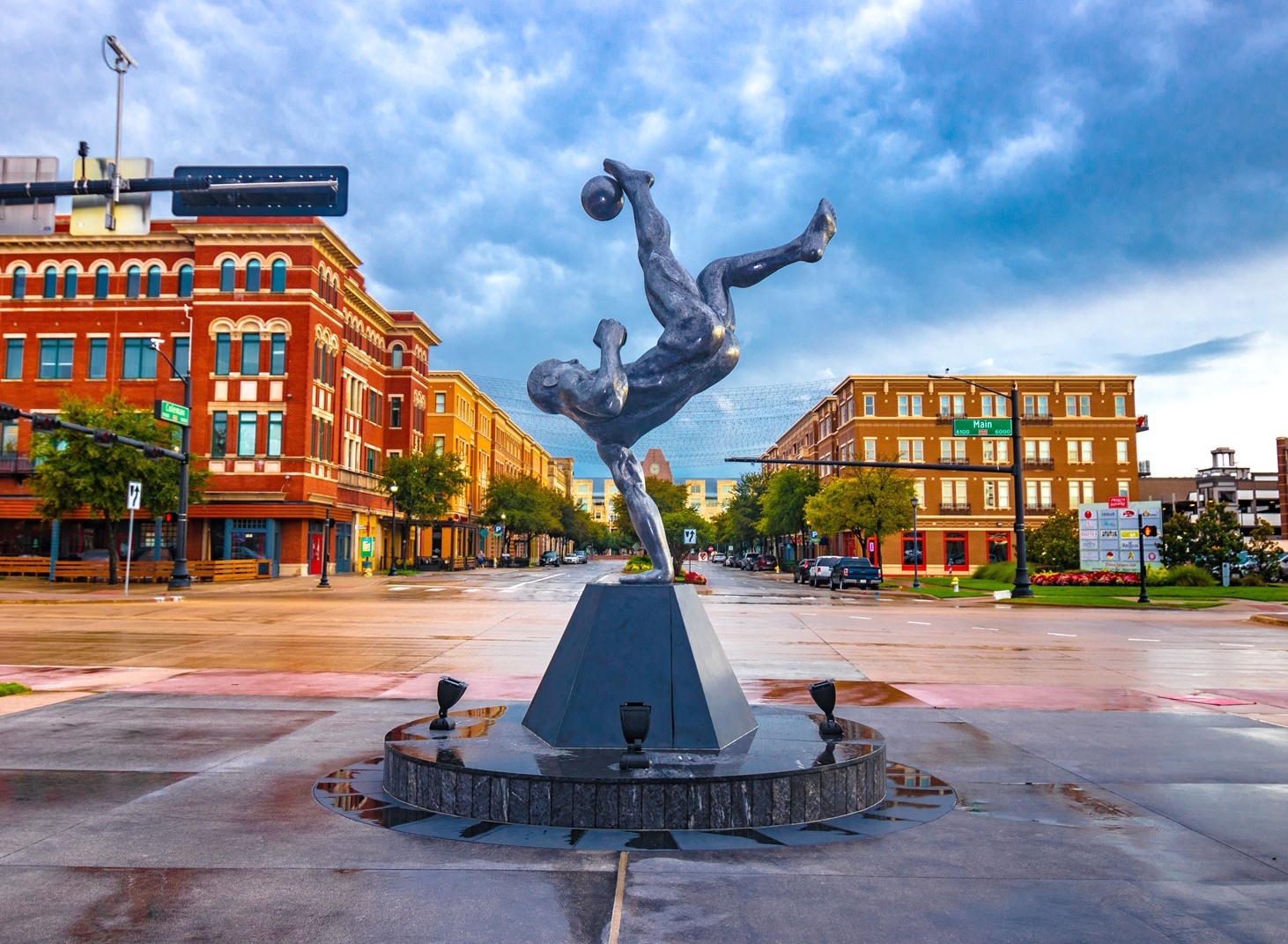 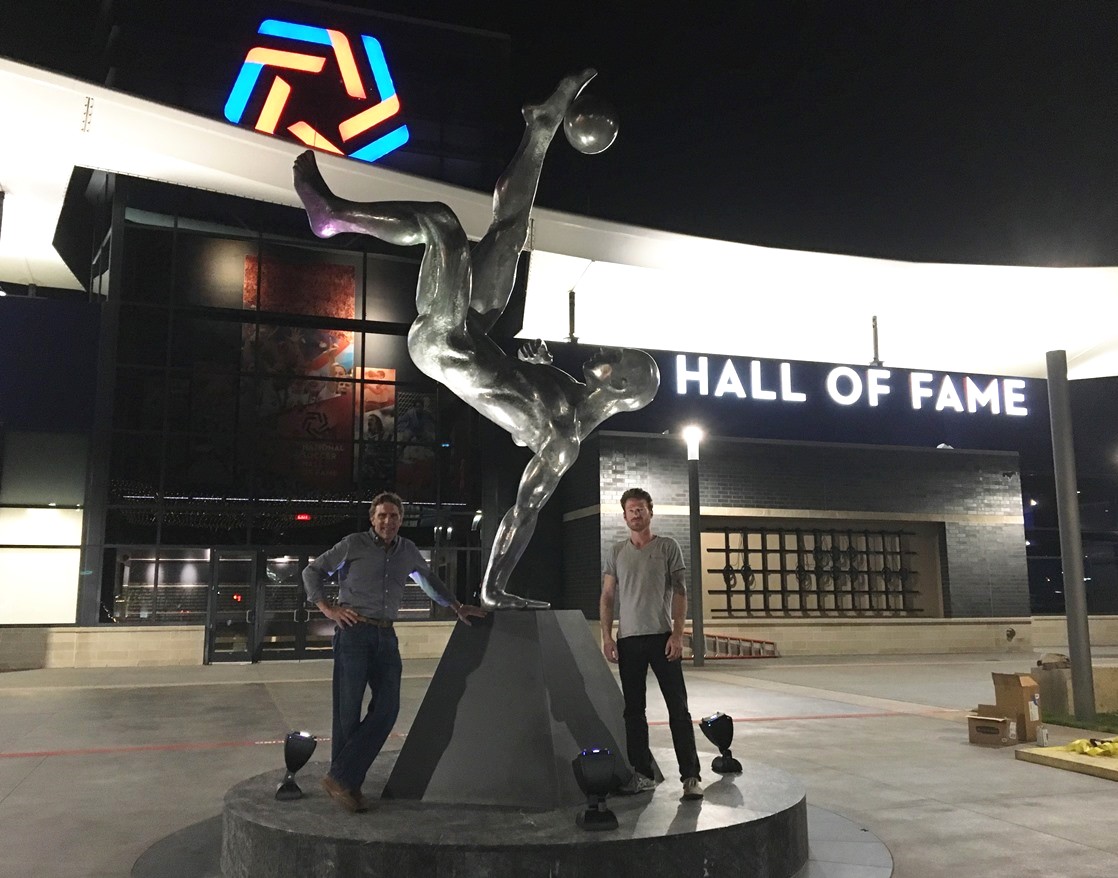 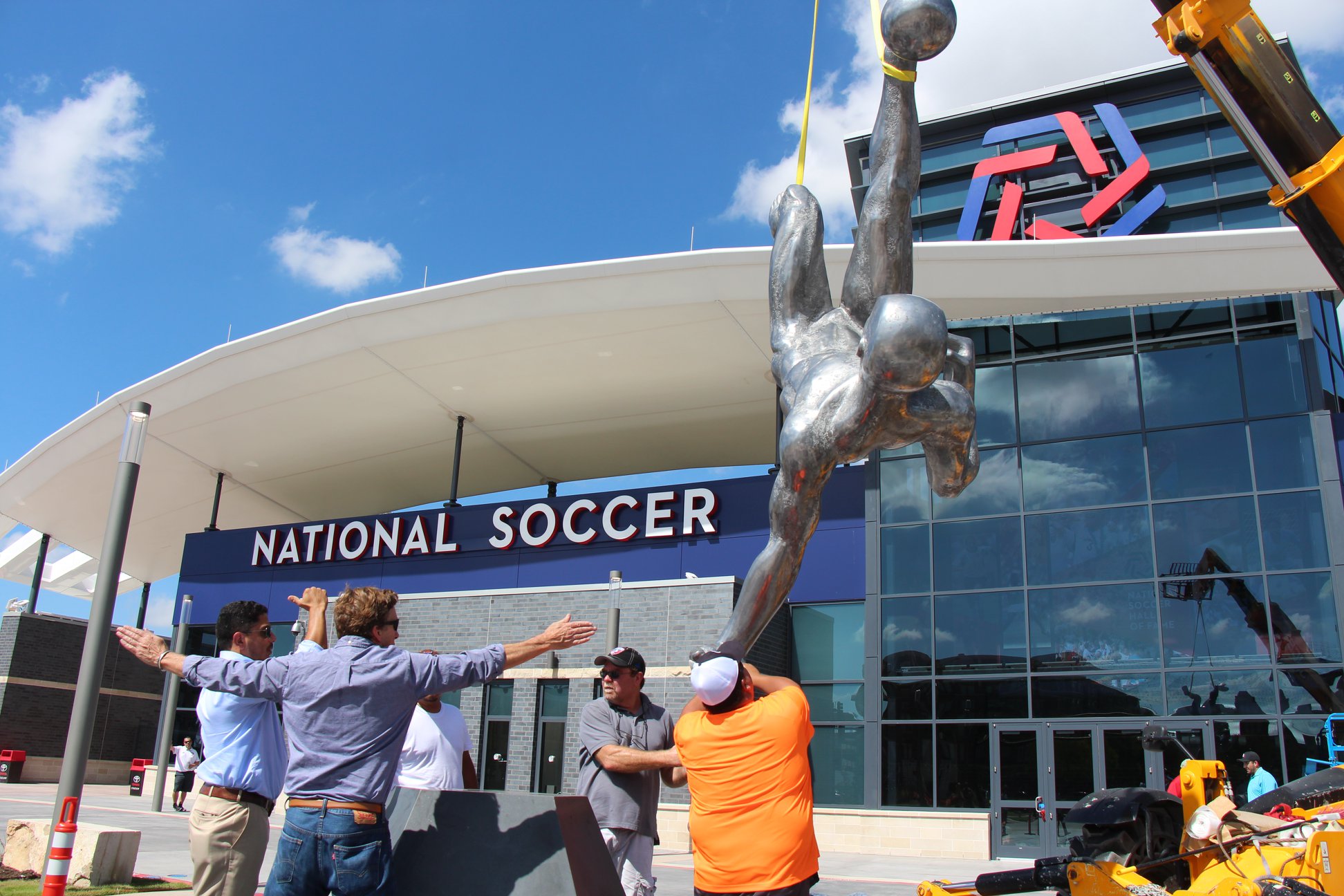 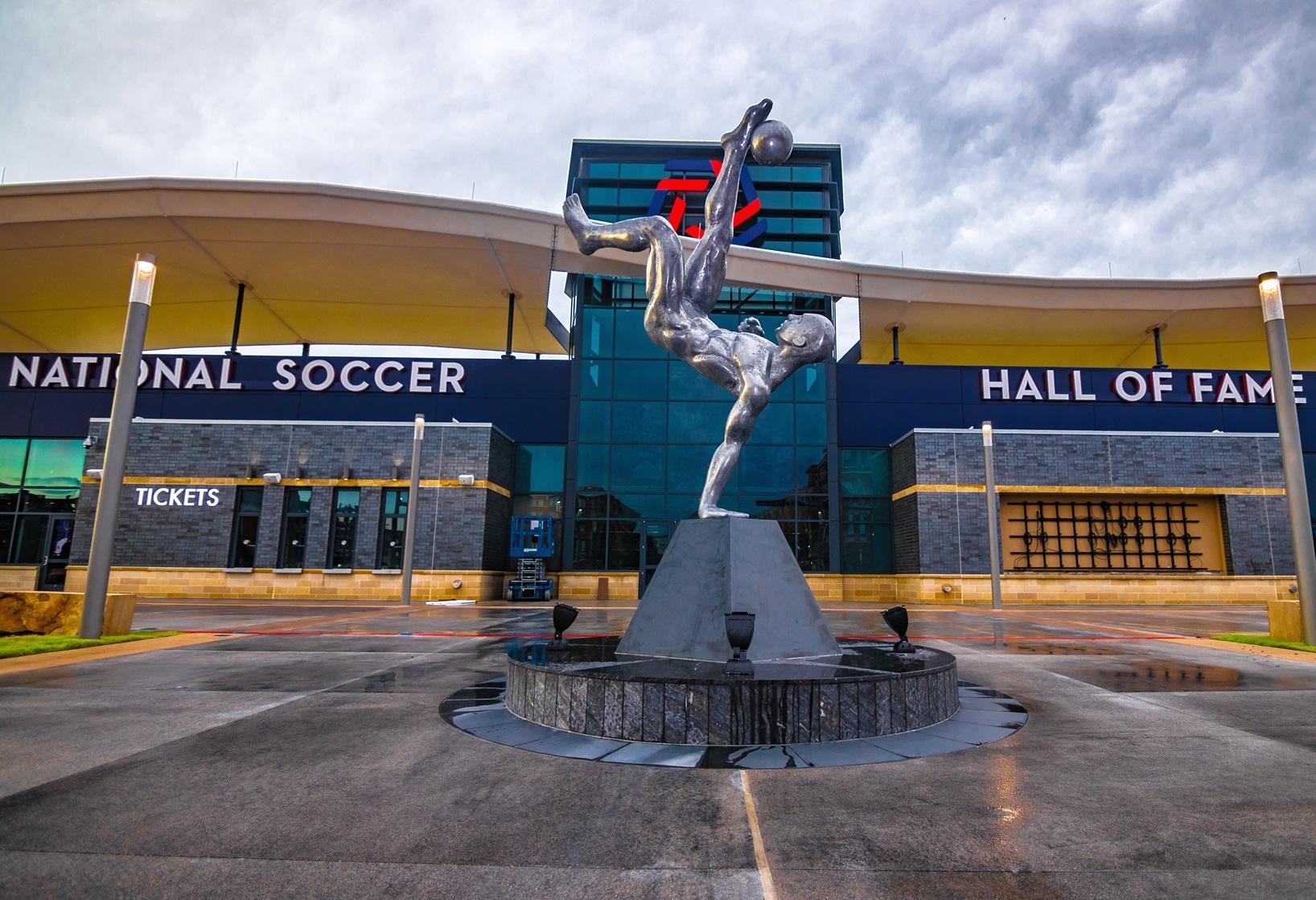 Look at these punks, off on a sailing adventure while I’m at the gallery working my ass off. Have fun, boys.  IMG_1172 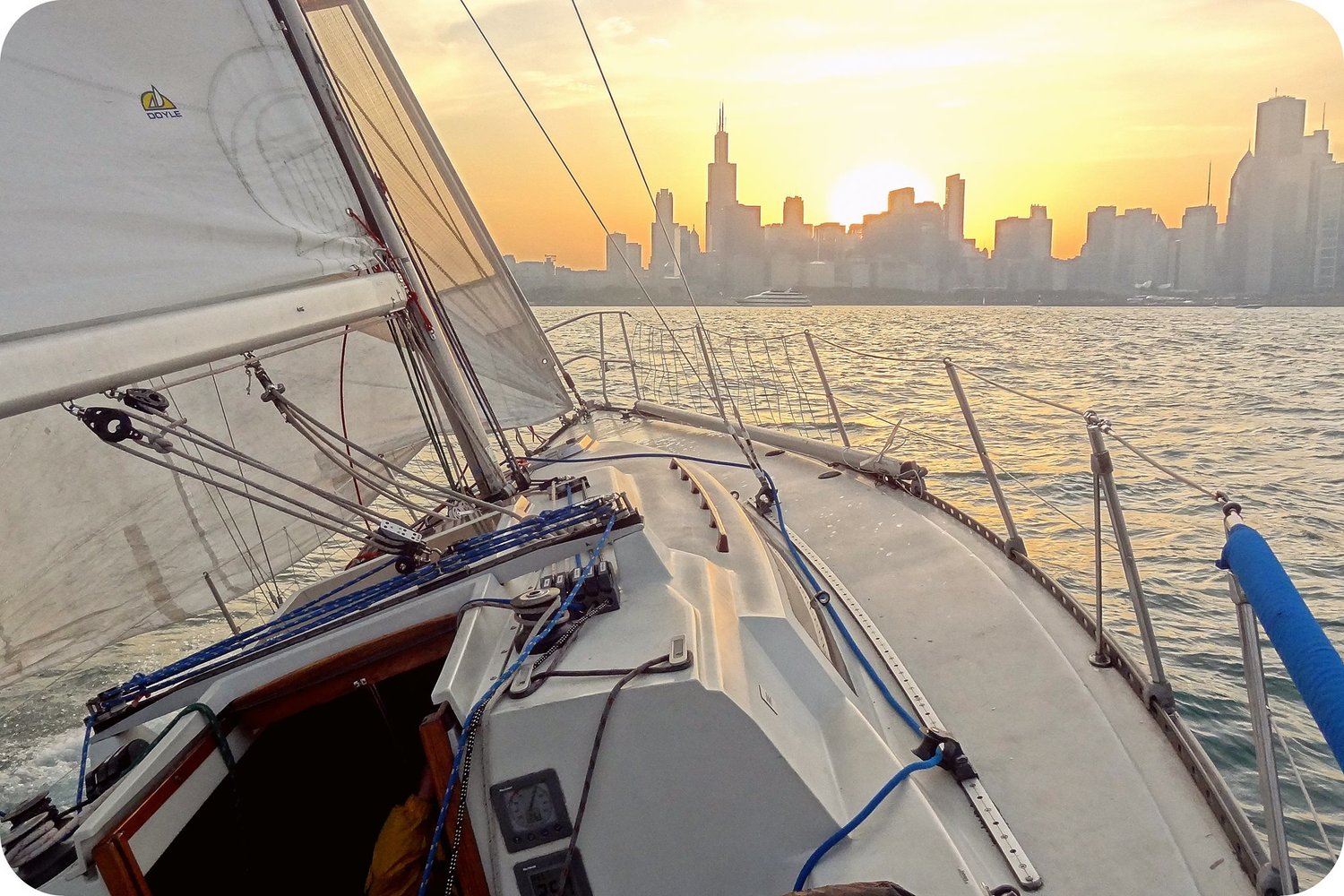 While I was in Sonoma, and Santa Barbara, and Venice last month, I stopped by Fresno to lend a hand with this project. 30 Whitaker Wind Sculptures on the roof of the Clovis Community Hospital’s new Cancer Infusion Center. The works are soothing for patients to gaze upon as they’re getting their treatments, and we like helping with that. 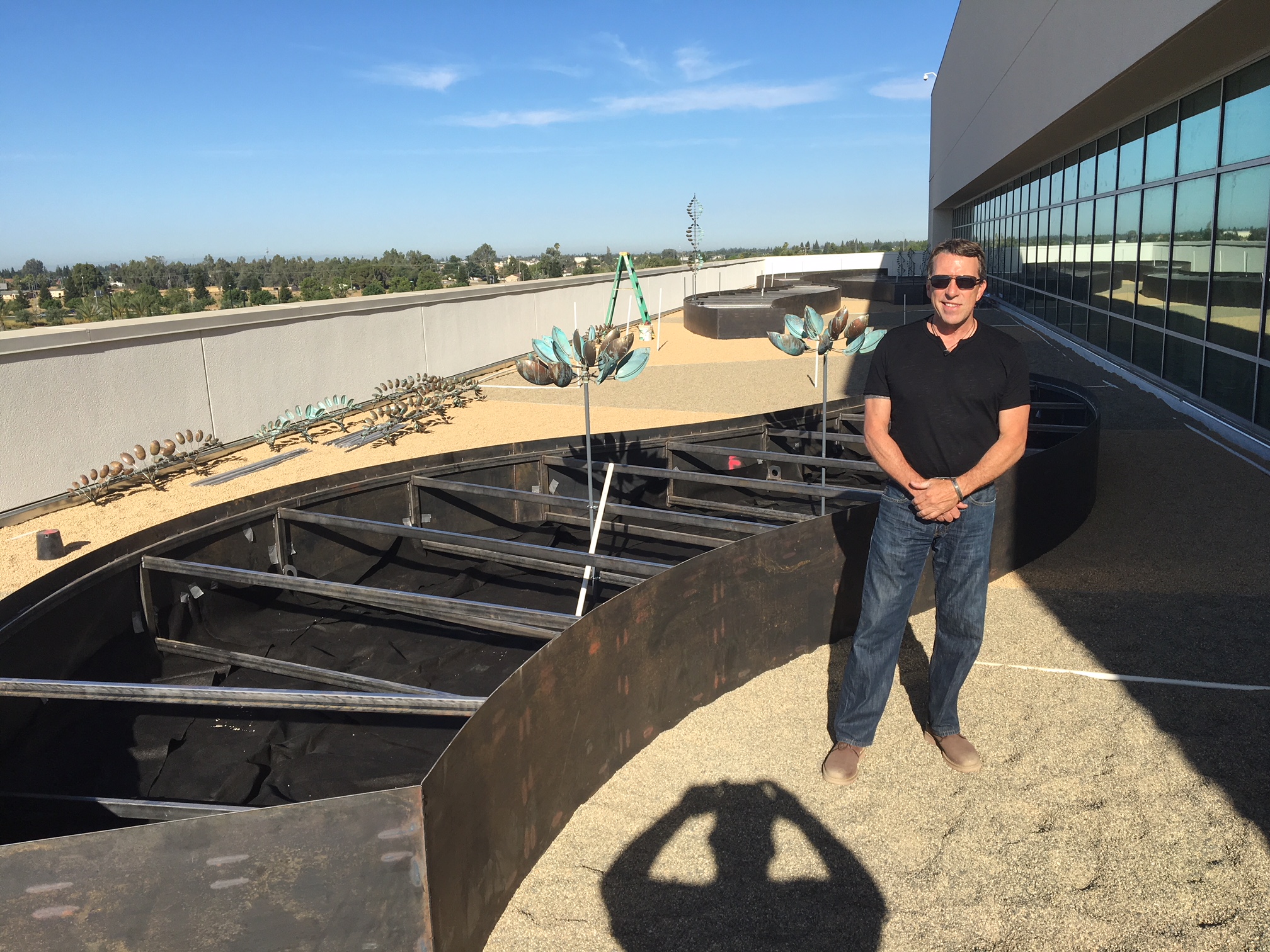 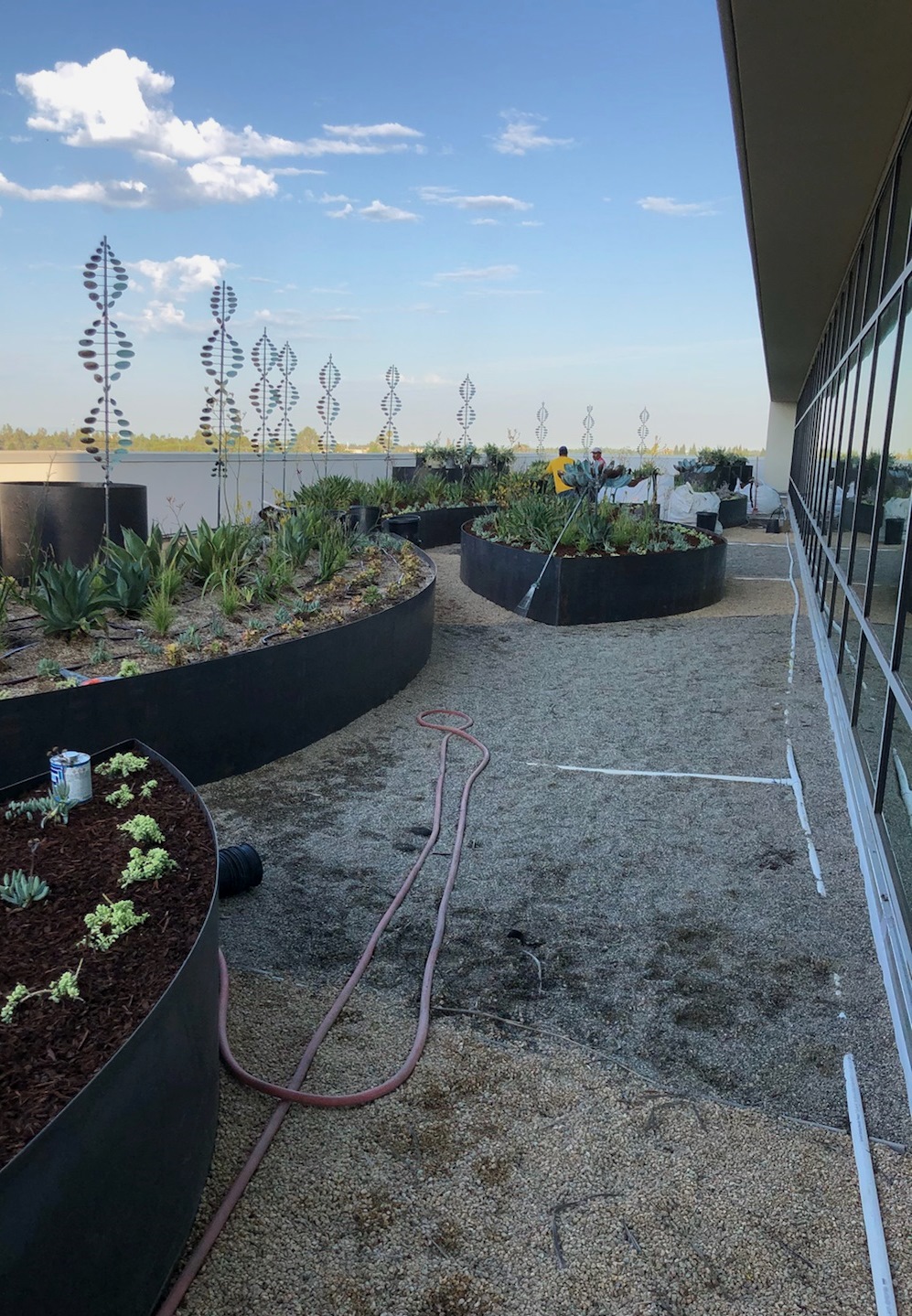 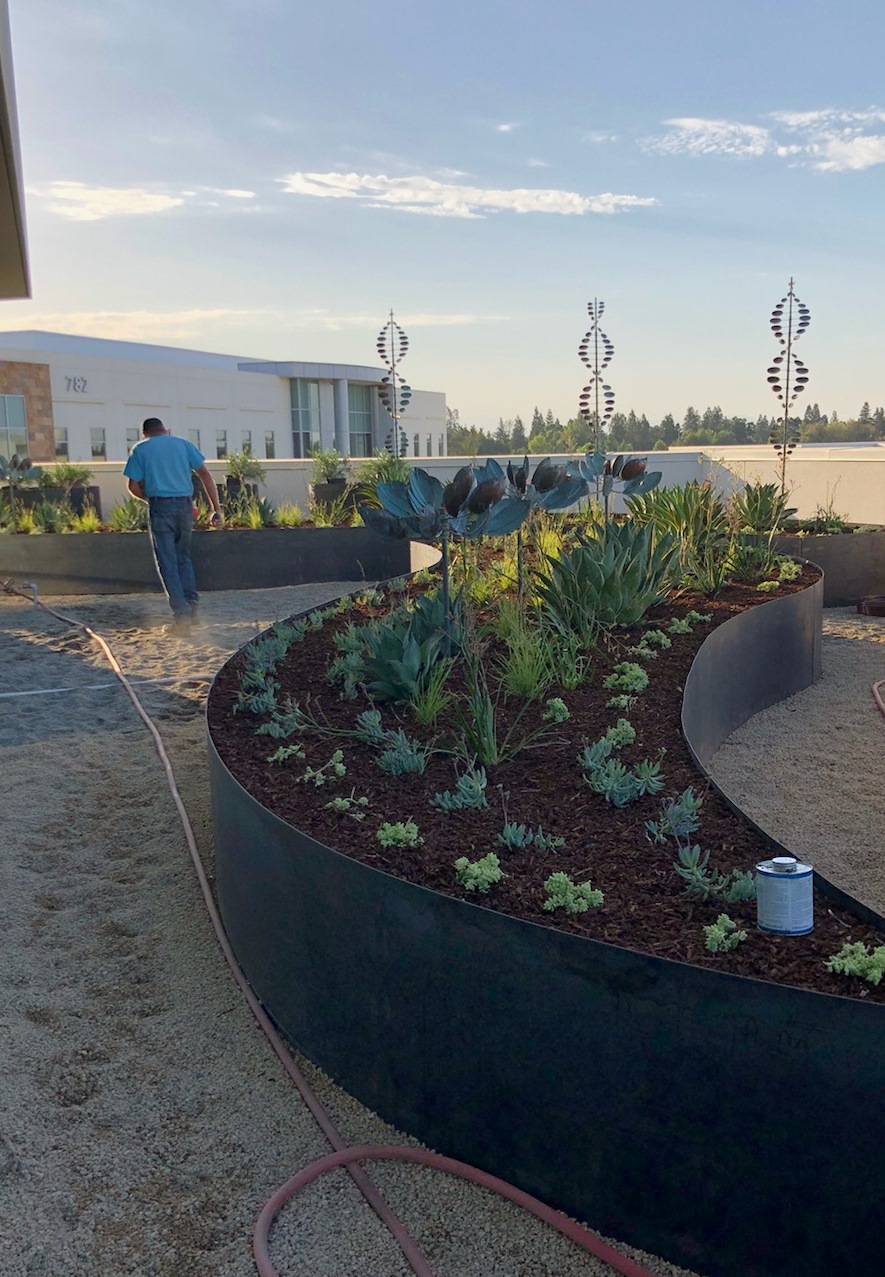 I landed this gig for good old Jacob Burmood last January. Monument for the National Soccer Hall of Fame, adjacent to the new FC Dallas Stadium. 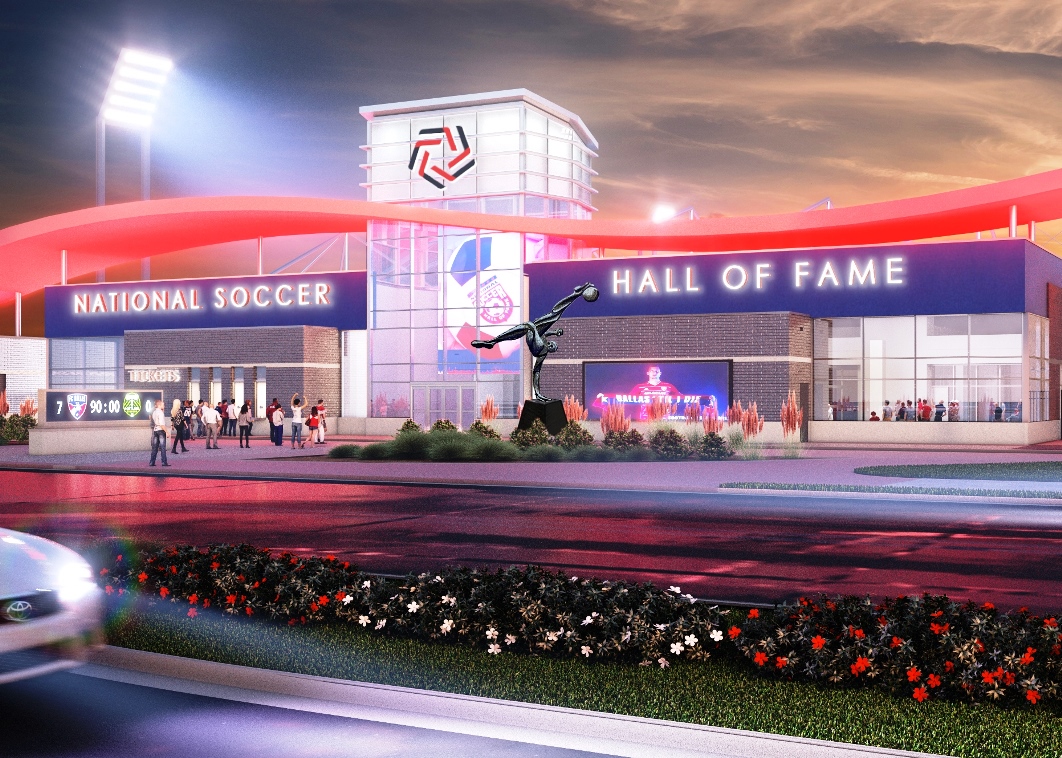 Bebe and I went to his studio yesterday to sip joe and check up on the piece. She was moderately impressed but I’m ecstatic. We borrowed from Art Deco design in developing the concept, and Jacob is doing a brilliant job as usual. The finished piece will be in cold-cast aluminum, silver. 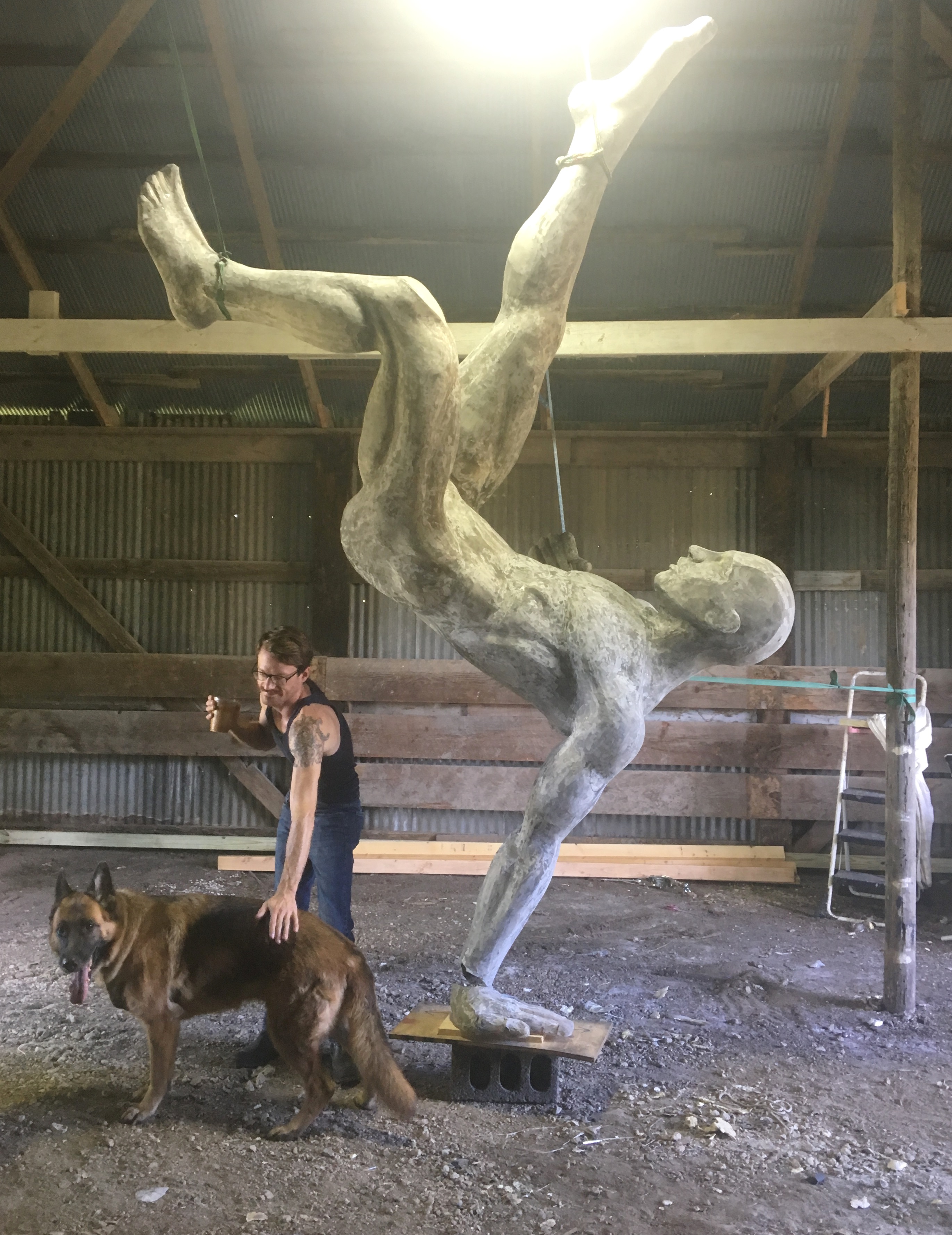