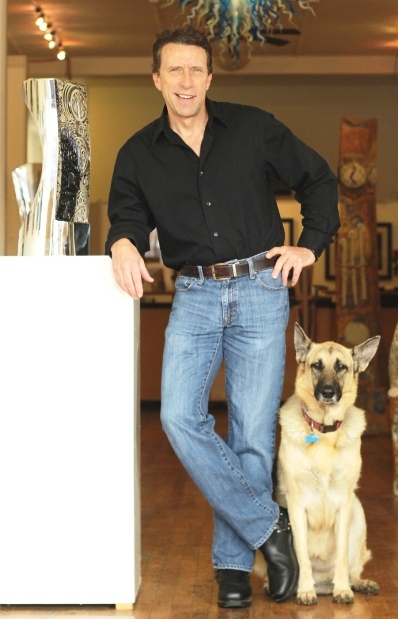 Dear Readers: For those of you who are curious about the book, I’ll be posting most of it over the next few months. Thus every Monday I’ll post a large portion of each chapter. Glean what you want from this. I own the copyright so can share it however I please. I’ve been told by a lot of artists and instructors that LTAL has been very helpful to them. Hope the same proves true for you.

Who Are You?
By this, I mean what are your goals? Do you want to get accepted in juried exhibits? Do you want gallery representation? Do you want representation in more than just your region? Would you like to make a profit from your work? Do you want to give it away? Do you want to shock people? Inspire them? Amuse them? All of these are legitimate goals. I’m just urging that you define yours—although of course you likely already have.
Then after you answer those questions, consider these: Are you content with your work? Do you feel you’re pulling the best out of your guts that you can? Do you sometimes curse your fate, wondering why you were born with this inexplicable drive that society so rarely appreciates? Do you sometimes want to pack the whole thing in, only to find you can’t? Are you still wondering if you’re good enough, no matter how many years you’ve been working?
Welcome to the family—all this is part of our makeup, it’s just rarely discussed. But it’s when we address the rarely discussed and taboo that we often learn the most.
Something else—regardless of what kind of artist you are, please never forget that art—music, painting, writing, sculpting, creating—is a cornerstone of any civilized society. In fact the nonconformity that art usually springs from is an essential part of any democracy, since no society can progress without a healthy sector of nonconformity. After all if we didn’t have nonconformists, we’d still have slavery.
Is the artist’s purpose frivolous then? No. It’s just as significant as that of the farmer, the architect, the philosopher, the physician, the legislator, and the teacher. Those roles are all interwoven, not one of them more substantial than the other, each with its own critical weight. We are here, you and I, to make sure that society never forgets our place in that roll call.