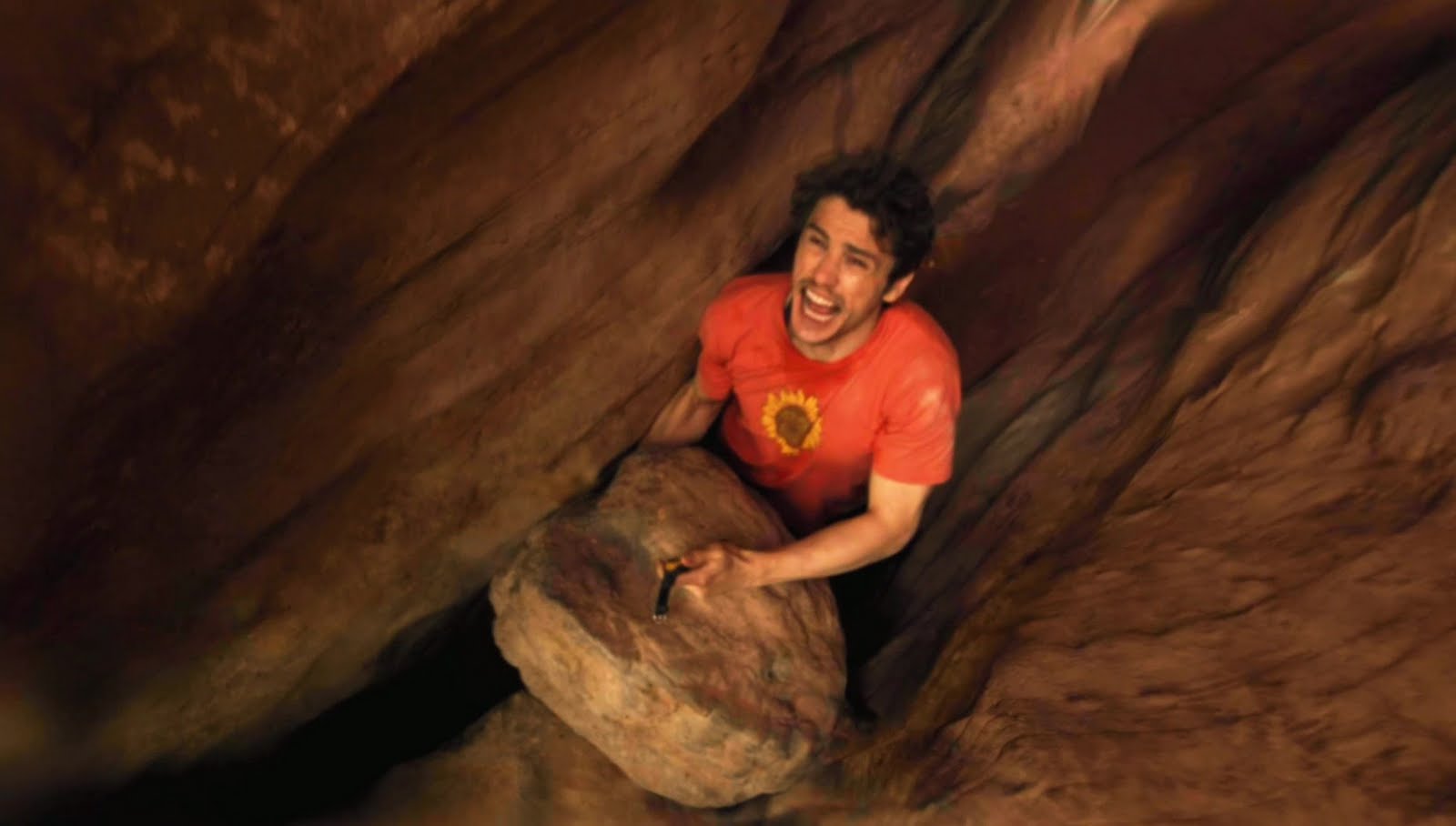 Saw 127 Hours with Brown Eyes the other night.Â  Some film.Â  Some canyon.Â  I’ve always loved the Moab area, but this puts it in a rather different perspective. 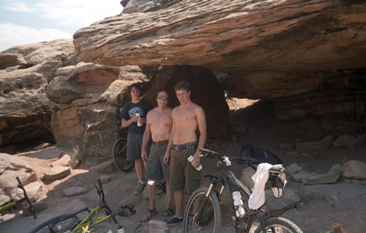 The first time we went biking there, I had no idea that we were just a few miles from where Aron Ralston was trapped.Â  In this shot we’re taking the first of several water breaks, as the day was 105–but at least we had the luxury of mobility and water. 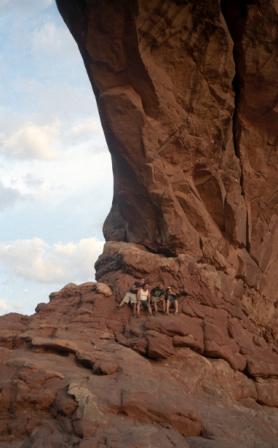 The difference between Ralston and me?Â  I’d probably have died in that place, rotting arm attached.Â  Some dude.Â  James Franco did an exceptional job with the role.