AÂ British film crew from Illuminations Media contacted meÂ two years ago,Â asking if I wanted to be on a reality show called Art Race.Â Â Since I’m completely lacking in modesty, IÂ said sure.Â Â The concept involves two artists racing each other across the country, by means of selling or bartering art that they create along the way.Â  A lot of hitchhiking is involved, andÂ they tend to sleepÂ wherever they can.Â

So a filmÂ crew showed up withÂ artist Kenny Harris in tow (he was racingÂ painter Ben Sargent), and we began to film the episode.Â  I understandÂ the series isÂ now airingÂ on Sky Arts.Â  The producer, Seb Grant, discussesÂ the KC bitÂ here on his blog.Â

The painting in process, above, resulted somewhat from my participation.Â  That’s Kenny executing, andÂ good old DuckieÂ posing (sweet gal who was part of the crew).Â  It was done at the home of one of my clients, Lee and Claudia Barewin, shown below.Â  They put up the crew, and commissioned the work.

The Barewins’ generous purchase allowedÂ Kenny toÂ continue his journey to the West Coast.Â Â Did he win the race?Â  Guess you’ll have to watch the show to find out.Â  Anyway, I’ve now had my fifteen minutes.Â  Kenny?Â  Rather more.

Reception was held on 4/30.Â  About 400 people attended.Â  That’s Lyman teaching a volunteer, otherwise known as aÂ victim, how to hammer copper.

Here he’s working with a couple of artists I brought in from Lee’s Summit High School–where I raised much hell in the ’70s, andÂ to which I’ll never admit.

Earlier Lyman guided a couple of tours of the exhibition.Â  These are three of the twenty-one.Â  A slideshow of the works can be found here.Â Â Exceptional evening.Â  Not only did we sell several works, I didn’t have to pay for the wine.

Carol Fleming recently cameÂ over from Saint LouisÂ to oversee the installation of three columns for one of my clients.Â  This was a site-specific commission that she and I have been working on since last fall.Â  Well, she worked on it.Â Â I just pretended to.Â  That’s Carol and her crew above.Â  They supplied the labor, I the barbecue.Â

Fantastic woman.Â Â Carol also has work with the Daum Museum, H&R Block, and the City of St. Louis.Â  It’s always an honor to work with her. 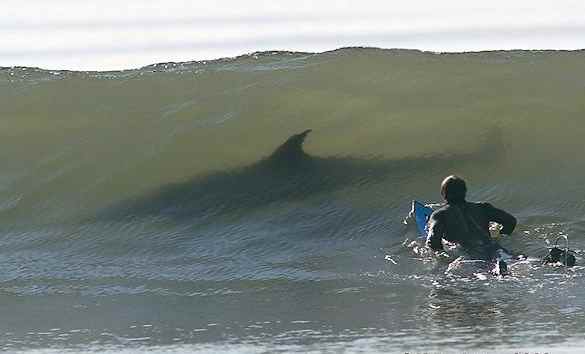 Took surfing lessons today in Bolinas from the folks at 2 Mile Surf Shop. Though Great Whites cruise those waters in fall, it’s pretty safe now. At least our instructor told me there hadn’t been an attack in eight years. I’ll take those odds. 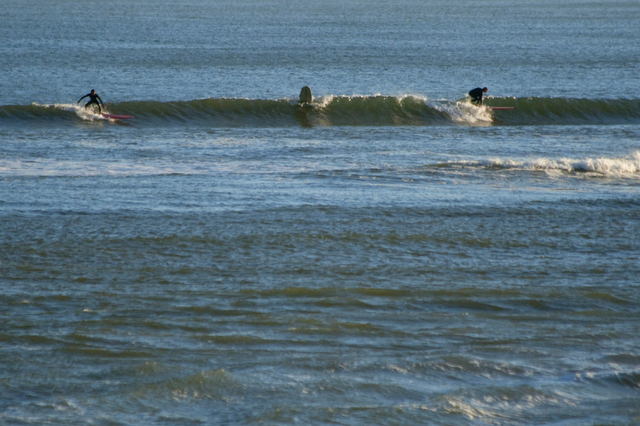 Now I’d love to tell you that I caught successive waves while hanging ten each time, but I couldn’t even hang five. My longest ride was three seconds on a modest-sized wave. The rest of the time IÂ wiped outÂ just to climb back on again. But the surfer dudes said that was a good start. I hope so. Anyway I have all summer to improve.

I made it to the top of in a little over an hour, collapsed, a very kind German tourist later woke me, and I coasted back down. Going down was, of course, the fun part. Views were insane. The great riders can make the climb in 50 minutes, but I ain’t no great rider. Perhaps with practice I can improve the time.

We were considering going to see a flick tonight, but screw it. Stay in, drink a few Coronas, and relax. More meetings in the morning, then surfing in the afternoon. Damn I do love CA. 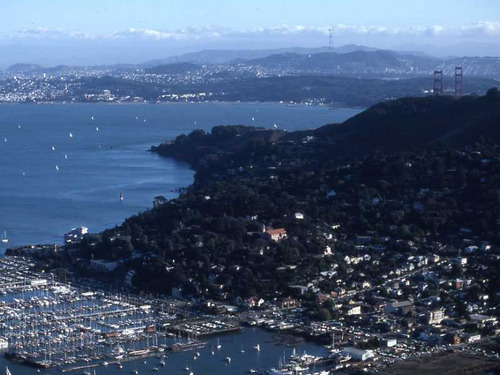 Closed a very nice sculpture deal here today for Lyman Whitaker. Details later. Tonight, sushi with family. Tomorrow, bike to the top of Mount Tamalpais–seven miles up, but the nice part is coasting seven miles back down. What a great town for riding.

Saw Todd Rundgren at the Beaumont with Brown Eyes a couple of weeks back.Â  He mostly played Blues, and mostly Robert Johnson.Â  Damn!Â  I never thought a dude in his 60s could rock like that.Â  Helluva show.Â  We relived it with friends at Kelly’s after.