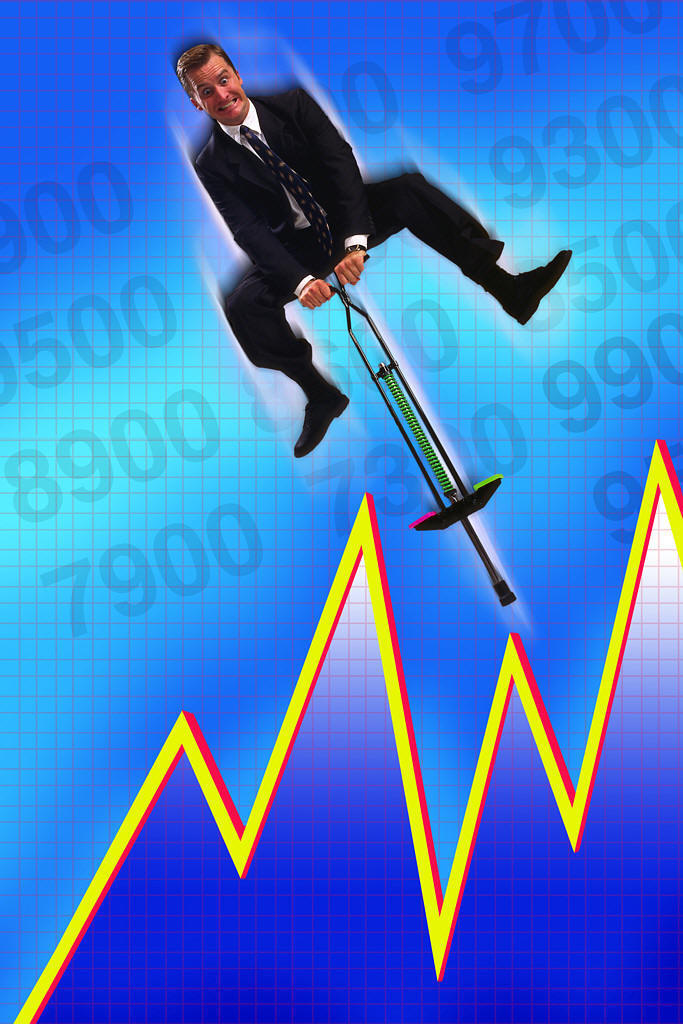 OK, let’s be honest.Â  Is the current economy a challenge for the average gallery?Â  You bet.Â  Is it a challenge for mine?Â  Indeed.Â  In fact if IÂ manage things poorly, we could be closed in a year, since I won’t let my personal savings get sucked down the drain in a difficult market.Â  Do I intend to let that happen?Â  No way.

Look, we’re not in a Depression, which is when you don’t have aÂ place to live or enough to eat.Â  But we definitely are in a Recession, which I warned myÂ staff was coming last spring, and told them to make preparations.Â  One ofÂ my assistantsÂ had the audacity to want to argue the fact.Â Â That wasn’t a discussion I welcomed.Â  So we prepared, and withÂ ourÂ current contracts and marketing programs, I believe we’ll profit even during thisÂ storm–which may last one year or several.Â  ButÂ doingÂ thatÂ  won’t be easy, and will require even longer hours than I’m accustomed to working.Â  Well, what the hell.Â  Nothing like a challenge.

If people keep theirÂ heads,Â quit panicking, and realize that thisÂ is a market correction long overdue for a variety of reasons, we’ll be fine.Â  If they continue to panic, and pull everything out of the market,Â the challenges will grow more severe, since at this point it’s more psychological than market-based.Â  But theÂ psychology of the moment canÂ certainly have an impact on the economy overall, and the art market in particular.

How did we get into this fix?Â  For many reasons, primary among them by having a puppet in the WhiteÂ House who allowedÂ lobbyists and special interests to dictate policy instead of economists.Â  Why?Â  So that the top 5% of the wealthy could go on benefiting from tidal waves of greed, while the rest of us are stuck with cleaning up theÂ resulting catastrophe.Â  There’s nothing new in this; it’s been the way of the super-rich since the beginning of time, although the era that most brings it to mind is that of the Robber Barons.Â  Man, I can just imagine how the World War II generation is turning over in their graves.Â  They didn’t suffer through the Depression, and fightÂ The War, in order for this kind of imbalance to hold sway.

Why would I know about that imbalance?Â  I’ve been witness to it in a variety of board rooms where I’ve had the privilege to sit, and where the greed was so evident, and so based in personal vanity, that I had trouble believing the people in front of me were responsible for running a Fortune 500.

On the other hand, Iâ€™ve alsoÂ worked with corporations that were so open, creative and humane that all my preconceived notions of corporate evil were shattered.Â  They paid their employees well, provided great benefits, and treated their workforce with dignity–because those at the top knew the meaning of sacrifice.

But theÂ unimaginative and inhumaneÂ ones confirmed all myÂ preconceived notions of corporate evil.Â  They paid their employees diddly, provided minimal benefits, and didnâ€™t know the meaning of dignity, while the guys at the topÂ made out like bandits–and they usually are guys.

Misery starts at the top and trickles down, so typically these companies are run by executives who are obsessed with themselves, and money.Â  They reflect how the majority of the wealth in most countries is still concentrated in the hands of the few.Â  All democracies struggle against this, but lately America has been struggling and losing.Â  How?Â  Hereâ€™s how:

In 2004, a U.S. Government Accountability Office study found that 61% of American corporations paid no corporate income taxes between 1996 and 2000.Â  In the 1940s, corporations shouldered about 50% of the tax burden in America; now itâ€™s closer to 15%.Â  Yet small businesses like mine are annually hammered with taxation that, in the beginning, threatened to close us down each year, since the percentage of our income that we paid out was so enormous.Â  A lot of this can be laid at the doors of the corporations that have devised complex tax shelters, and skipped out on their responsibilities while the rest of us foot the bill.Â  With the advent of the Wall Street Bailout, that bill has grown incomprehensively larger.Â

Also in the 1940s, the average executive earned roughly eight times that of a skilled worker.Â  Now in some firms theyâ€™ll earn anywhere from 200 to 300 times as much.Â  Consider this a moment, and the kind of lifestyle that that money goes to support: the luxury cars, multiple houses, planes, boats, and on and on.Â  In fact AIG is a perfect example of this obscene kind of excess, not to mention Freddie and Fannie.

If such a high proportion of revenue is being paid to these people, how many jobs within their firms are being eliminated to support their lifestyle?Â  How many of their workers are forced to perform two jobs instead of one?Â  How many families are negatively impacted because parents have to work unreasonable hours?Â  This kind of greed undermines democracy, since it places inordinate power in the hands of an unenlightened few.Â  To me itâ€™s an example of spoiled Americans run amok, demanding everything that they feel entitled to, regardless of how much damage it does to the rest of us.

Similarly, these executives protect each otherâ€™s income within the corporate culture, meaning that when one becomes CEO of a Fortune 500, but fails to perform well and is forced to resign, the resignation is accompanied by a disproportionate bonus.Â  How disproportionate?Â  I am personally acquainted with two executives who were in circumstances such as this.Â  They were forced to walk, and both did so with severance packages that amounted to forty million each.Â  How many jobs were sacrificed to service this?Â  How is anyone worth this kind of money?Â  And why would any exec be deserving of such a perk when they failed?Â  Theyâ€™re not.

These people, who invariably consider themselves great Americans, donâ€™t know the meaning of the term.Â  Lincoln and Truman would have dismissed them as overgrown brats.Â  Are they any worse than the Robber Barons of a different era?Â  No, but they’re just as bad, and I lay the bulk of our current economic woes right at their doors.Â  Sure they don’t have the guts to clean it up or admit their trespasses, but will sit counting theirÂ gold while we do that for them–compromising our own retirements,Â savings, and future income in the process.Â

When I negotiate with people of this ilk, I sometimes think how few of them could have shouldered the load that artists do, and still maintain these things: humor, dignity, love of family, emotional health, a face of optimism no matter how many times slapped by rejection, a heart of generosity when broke, the ability to return with passion each day to your calling despite no paycheck, and the humility to remain grateful for all youâ€™ve been given.Â  Most of these folks would have cracked under the strain, especially the part about no paycheck.Â  But you never betray this when youâ€™re at the table.Â  You just negotiate the deal, and do the best for them that you can, even as they rape the very system that made their wealth possible.

Iâ€™ve seen how these people turn to me with dead eyes, and try to get me to design something for free, or submit a master plan for free, apparently so weâ€™ll be offered a contract.Â  Then when that contract finally does come, the terms always need to be renegotiated soÂ my artists and IÂ can pay our bills, send our kids to college, prepare for retirement, afford health insurance, support retired parents, andÂ hopefully save a little dough.Â  I love the renegotiation process.Â  But if they canâ€™t be reasonable?Â  I politely conclude the meeting and leave.Â  I donâ€™t put up with that crap, and you shouldnâ€™t either.Â

But theÂ other types of corporations, run by executives who willingly accept modestÂ prosperity so their employees can live in security, who fill their firms with camaraderie, and whose dinner parties are a blastâ€”those are the ones I prefer working with.Â  The greed-driven type?Â  Iâ€™ll work with them if I have to, since their art budgets allow me to give a bunch of artists work.Â  I just donâ€™t dig the process as much.

What does all this have to do with the current artÂ market?Â  Well I got offÂ the subjectÂ as I blew this bit of steam, but I’ll return to it within a week.Â  In the meantime, pleaseÂ don’t worry.Â  Things aren’t as bad as they seem.Â  Stand tough, stand cool, and accept your setbacks as you go about correcting them.Â  If you’ve got a roof, and three meals a day, you’re still better off than the bulk of the world.Â  Besides, art sells even inÂ difficult times.