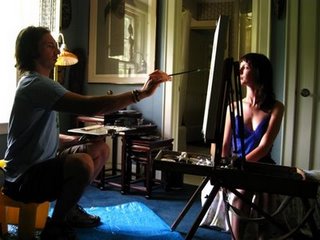 Illuminations Media, a British outfit,Â sent a film crewÂ through town recently on a coast-to-coast jaunt called Art Race.Â  From what I gather, this will be produced as a Reality Show sometime in the fall.Â  It will air on Gallery HD.Â

TheyÂ interviewed me for a bit, covering the various ways in which I waste time, but more importantly they spent a couple of days with one of my clients–which wound being a wonderful experience for all.Â Â ThisÂ centered around an exceptionalÂ American painter, Kenny Harris,Â who is traveling with the crew, a painting he executed for my clients (in progress, above), and the great time that everyone had together over the course of two days.Â  I love it when things like that transpire.

More details after they’ve finished their race.Â  For now, it’s the Fourth.Â  I’m going to hit theÂ rollerblade paths with a friend,Â later a barbecue, still laterÂ blow off some works with my sons, and see if I can’t find some Brits to tease. 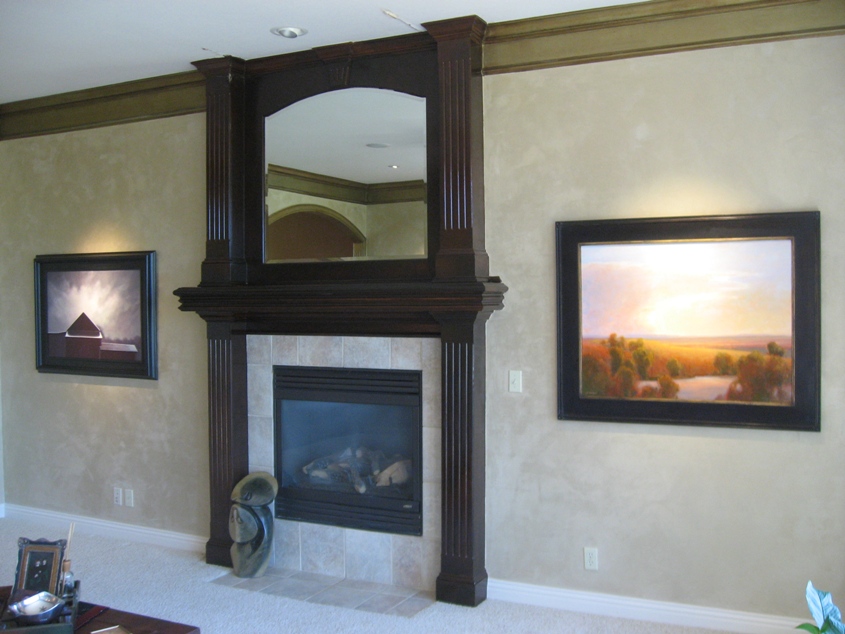 I always dig working with new clients.Â  In this case, they chose paintings by Louie Copt, Kim Casebeer and Derrick Breidenthal.Â  Had to rearrange the existing collection a bit to make it all work, but things came together beautifully.Â  What you can’t see is a red-and-black Chihuly off to one side.Â  I’m having a custom pedestal built for that piece. 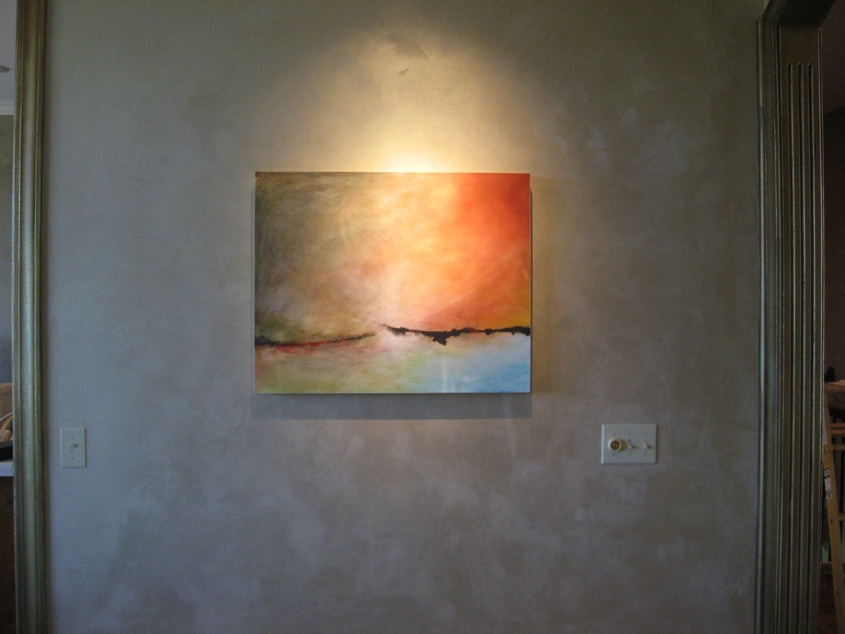