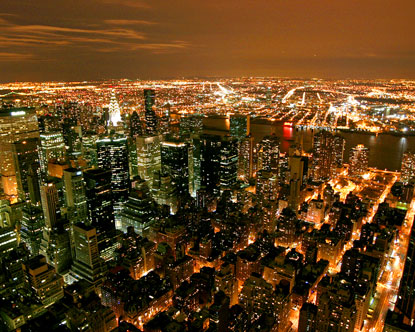 To be honest, I canâ€™t say whether any of my artists will ever be adopted as the latest rage in Soho or Chelsea, which are tough places to figure and even tougher to break into.Â  To be even more honest, we havenâ€™t approached any as yet, since my strategies have always focused on artists and collectors west of the Hudson.Â  Some of my artists would undoubtedly do well in New York, once I get around to setting that gig up.Â  I just havenâ€™t had time and we havenâ€™t needed it.Â  I love the town, but being or not being a part of the New York scene doesnâ€™t determine our success.

Many galleries on the Soho/Chelsea front carry magnificent work that, to me, reflect all the values I discuss in my book.Â  Just as cool, Iâ€™ve met scores of New York dealers who fully realize that where one lives is not a determiner of talent.Â  These folks know they can as readily make their next great discovery in rural Alabama as The Village.

But others who are caught up in the fame machine appear absurd, even ludicrous, for their courting of what they hope will be hip at the expense of everything else, especially talent.Â  Not only will they ignore the artist from Alabama, but also those from Brooklyn, Harlem, or the Lower East Sideâ€”unless they have an entourage.Â  This excessive posturing seems to bear little substance beyond name recognition, money, and some warped idea of celebrity.Â  Talent and discipline are often last considerations in these sorts of galleries, superseded by what has tragically become a primary considerationâ€”image. 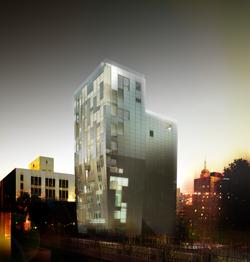 The most curious thing is that despite its aura of self-importance, this small portion of the New York scene has minimal impact on the rest of the country.Â  Soho and Chelsea, amazing places though they are, represent only a small fraction of what is now occurring in the arts in America.Â  And while exhibitions like the Whitney Biennial are finally beginning to pay attention to artists in other regions, a good portion of the Manhattan scene is still under the delusion of assumed superiority based solely on location.Â  In truth, the New York mystique is what it is because of where it is, not exclusively because of what is carried thereâ€”although some of the finest work in America is indeed carried there.Â  But in my opinion the art world is no longer centered in New York; it began dispersing across the country in the early 90s, a tendency whose time had come, and which is now gaining real momentum.Â Â Â

From the 1840s onward, Manhattan was necessarily the center of Americaâ€™s art universe.Â  I mean, where else would Childe Hassom and Diane Arbus have centered their careers?Â  Kansas City?Â  We both know better.Â  And while artists like Judy Chicago and Wayne Thiebaud did very well by launching from Californiaâ€”another mecca of a different sortâ€”without a nod from New York, their impact would certainly have been less significant.Â  The entire country, if not the entire world, has been enriched by the cultural wealth of Manhattan.Â  Whether an artist makes a pilgrimage there, or is indirectly influenced by its many movements, the place is incomparable.Â  That much is certain.Â  So is this: things have begun to change.

All the time New York was bearing its influence, the provincial regions were struggling to grow up and stand on their own cultural feet.Â  Now theyâ€™ve begun to, whether in fine art, film, music, what-have-you.Â  The process is far from complete, but man it has come a long way in a very short time, spurred on by the internet, but also by the inevitable cultural maturing of the country itself.Â  Outsider art that used to occur mostly in places like The Village can be found in any city now; and whenever that is flourishing, itâ€™s a sign that other disciplines are as well.Â  This is significant.Â  Why?Â  Because without that growth, the country as a whole canâ€™t realize itâ€™s own potential, and young artists in Houston or Milwaukee who canâ€™t afford to live in New York (not that artists there can either), get a far better shot at a viable career.

Since the time of the 1913 Armory show, New York has been the launching pad for whatever was revolutionary, outrageous, or visionary.Â  It still is, but so are dozens of other cities.Â  They may not yet have the same cache as Manhattan, but because of the advantages of the internet and a burgeoning national art market (even in the midst of a recession),Â their influence is steadily growing.

This doesnâ€™t mean that Soho and Chelsea will ever be replaced; I donâ€™t see how they could be.Â  It does mean though that they are sometimes out of touch with the rest of the country.Â  This wasnâ€™t so relevant in 1920; now it is critically relevant.Â  This also means that artists who have been locked out of the New York scene no longer have to look to Manhattan for blessing, consecration, or even approval.Â  Mutual respect on both sides would be a good thing though.Â

I bring all this up because some of you may not be acquainted with the New York scene, yet will be curious about it if not intimidated.Â  Iâ€™m just giving you a brief introduction, and assuring you that your success can mirror or even eclipse ours, with or without New York.Â  You donâ€™t necessarily need it to have a great career, but having that gig under your belt isÂ often a fineÂ thing if you can land it.

Still none of this changes my love for Manhattan, and the four surrounding boroughs.Â  I owe New York a great deal, since my years in and around the city had a profound influence on me.Â  In fact it’s safe to say that without that influence,Â I would not now be the art dealer or writer that I am.Â  That doesn’t mean, though, that I’m unwilling to be bluntly honest about the place; I would be doing you and myself a disservice if I was.Â Â  Besides, New YorkersÂ respect bluntness.