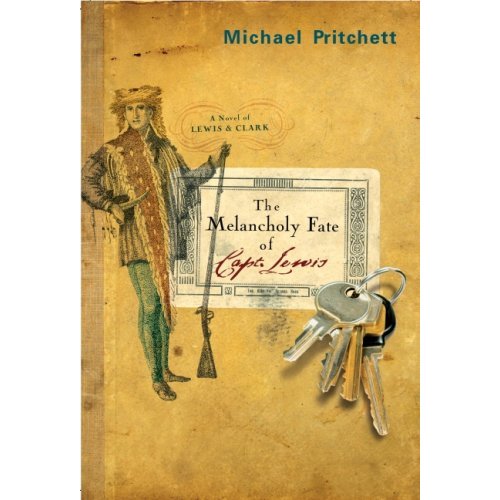 Next Thursday, 11/1, we’ll be hosting aÂ signing forÂ Michael Pritchett, author of The Melancholy Fate of Captain Lewis, a novel. This is a Rainy Day Books Event. As I understand it, we already have about 70 RSVPs. Man, I’m glad the new classroom is finished. The gig starts at 7:00.

Michael, a sophisticated and deft writer, has written a powerful story that is structured around the fiery but unstable Meriwether Lewis, and how his life began disintegrating shortly after the Corps of Discovery completed their journey. He committed suicide a mere 3 years after he and William Clark made their celebratedÂ return from the Northwest. The book has already been praised in the Washington Post, the St. Louis Post Dispatch, the Kansas City Star, and several other papers.Â  It’s published by Unbridled Books, at the helm of which is the incomparable Greg Michalson.

Great story well told. It should serve to remind us that disaster can often follow glory if the ego, and neurosis, are not kept in check.