Here’s another drawing of a Concept I mentioned a couple of weeks back.Â  Love the concept, can’t stand the drawing.Â  The color and drama of the sculpture–which will be 20′ high if it goes through–doesn’t come across.Â  So we’ll do it in 3-D tomorrow.Â  Only to way to fly.Â  Final presentation next week.

Medium and location?Â  Can’t discuss that yet; in fact won’t until dedication, else spoil the surprise.Â  But all things in good time. 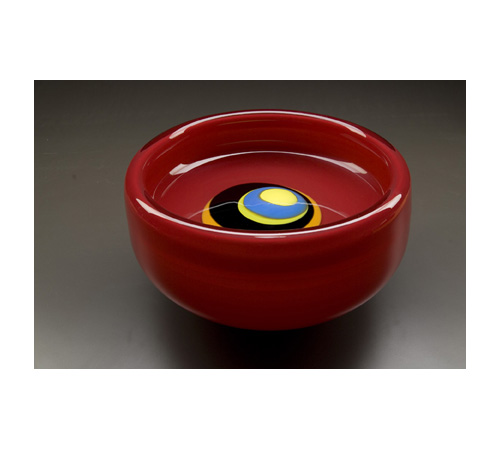 I’ve been working with Drew Hine off and on for a year now.Â  Very talented.Â  Mostly he works in opaque glass.Â  This piece I like for its simplicity–the opposite of whatÂ lifeÂ has becomeÂ for most of us in this 21st century.Â  Too often we’ve forgotten the beauty of that.Â  I aim to get back to it as soon as we’re in the new space.

I was at lunch the other day in Westport when a client spotted me on his way out the door, and we chatted. Actually he chatted, I listened. It was apparent he was a little annoyed that I had mentoring programs for teenage artists from the inner city, but not the suburbs. I do actually, but I didn’t tell him that. The implied racism in his tone was enough to freeze me into silence.

This guy is the same kind of chump who, in a different time, would have done all he could to keep Jews out of his precious country club. Blacks, Asians, and Hispanics? Forget it. The good news? Out of all the hundreds of execs and politicians that I’ve dealt with over the past 16 years–across the country–he was one of a handful who thought this way. The others, men and women of all races, would have looked down on him. His type is losing their power. I mean our last mayor was black, and the present mayor is a woman–not that this dude would have voted for either one.

But he spends a lot of dough in my joint. So I’ll let him keep spending the dough, and I’ll keep spending it on the kids–from whatever part of town. He may not understand democracy, but I do. If I told you how influential he is, you’d be appalled. But I won’t. Suffice to say that his sort always get their just deserts before the journey is done.

Annual luncheon yesterday with the Business Committee for the Arts. This is one of those essential organizations that help keep dozens of art programs funded in any given city. The one in KC is quite active. I don’t know how many folks attended, but I’d say more than a dozen. Salmon was great. Chocolate mousse better. 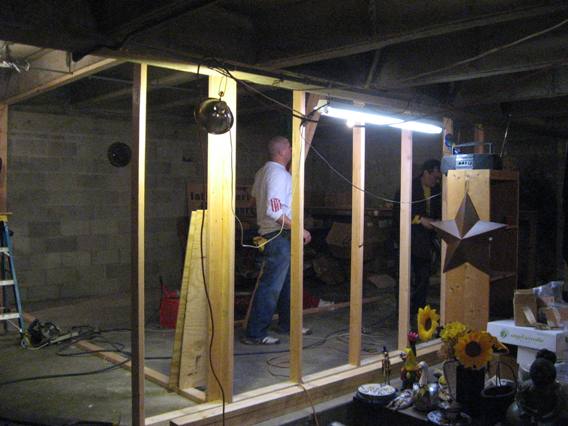 Good old Mikel Burks and Stive framing away at the new space. Yeah, I’m a slave driver, but the parties are pretty good. Hell, so’s the pay.

Below is a recent question by a painter whoÂ had limited edition prints published, only to find herself in a quandary.Â  My answer follows.

Q:Â  Recently I had limited-edition giclÃ©e prints done of one of my paintings. When the prints arrived, I noted that my signature and date no longer appeared in the lower right corner of the prints as they had on the original. When IÂ queried the printer, he responded, â€œHaving two signatures on a piece (one in the composition and one signed) is tacky.â€Â Â What is your opinion?

A:Â  This decision is, in my opinion, strictly up to the artist, who owns the painting and therefore the copyright to ALL images made of it–unless someone duped you into signing away the copyright, something I never advocate.Â

Most painters who have S/N prints made of their work opt to include the signature in the image.Â  They then either sign and number near the signature, or on the opposite side of the print.Â  Where one signs is simply a matter of personal preference, or where you feel it will look best on the varying images.Â  Itâ€™s not necessarily always in the same place each time.Â  But in general, you will wind up signing somewhere near the bottom, in the left-hand or right-hand corner.

Retaining the signature as part of the print tells buyers that the piece is a reproduction of an original.Â  As your career grows, this will make a signed print of greater value to your collectors.Â  Will it eventually become â€œpriceless?â€Â  Ah, that depends on the level of your talent, the winds of fate, and how well your reps market you.Â  Either way, thatâ€™s something you probably wonâ€™t learn about until after youâ€™ve joined that great artistâ€™s colony in the sky. 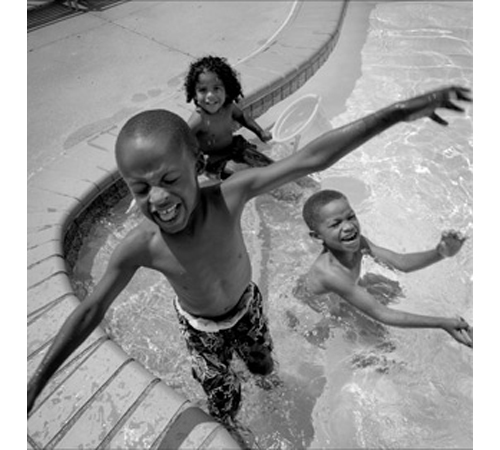 This isÂ one of my favorite shots by Gloria.Â  In fact I placed it, and a few others, with University of Kansas Hospital, in KC.Â  I’ve shown it before, but couldn’t resist showing it a second time–the sheer joy that the piece captures.

Later I’ll show a photo or two of the concentration camps in Poland, this from her series Among the Ashes.Â  Quite moving in a different, andÂ altogether tragic,Â way.