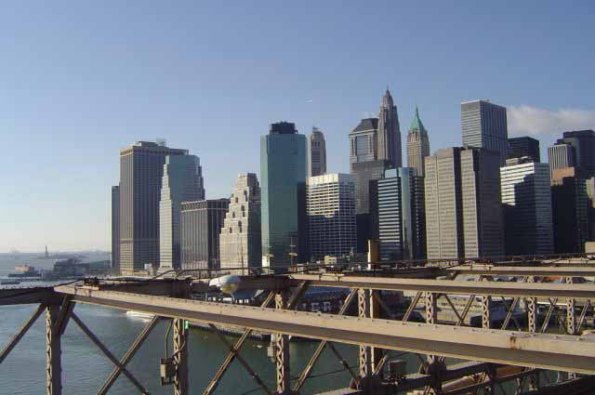 To be honest, it is doubtful that any of my artists will ever be adopted as the latest trend in Soho or Chelsea, which are tough places to figure, and much tougher to break into.Â  Some galleries there carry magnificent work that, to me, reflect all the values I discuss in my book.Â  Others appear absurd, even ludicrous, in their courting of the avant garde at the expense of everything else, especially talent.Â  This excessive posturing seems to bear little substance beyond name recognition, money, and some warped idea of celebrity.Â  Talent is often a last consideration in a number of Soho and Chelsea galleries, superseded by what has tragically become a primary considerationâ€”image.

The most curious thing is that despite its aura of self-importance, this portion of the New York art scene travels primarily in its own circle and has minimal impact on the rest of the country.Â  Soho and Chelsea represent only a small fraction of what is now occurring in the arts in America, since provincial America is currently in the midst of an Artistic Renaissance.Â  And judging from theÂ Whitney Biennial, where art from many regions outside New YorkÂ is usuallyÂ ignored, Iâ€™d say much of the Manhattan scene is still under the delusion of assumed superiority.Â  In truth, the Soho mystique is what it is because of where it is, not necessarily because of what it values.Â  Dealers like me, with the types of talent I specialize in, rely on New York no more than it relies on us.Â  We deal with the remainder of the country.Â

Too much of Soho and Chelsea have, in my opinion, betrayed too many artistic fundamentals to be taken seriously anymore, often pretending that this is visionary when in reality it was only visionary a century ago, at the time of the 1913 Armory Show.Â  Now itâ€™s more like modernist repetition, all too often passed off as sophistication, hiding beneath a veil of snobbery.Â  Sooner or later someoneâ€™s going to call this bluff.Â  In fact Iâ€™m calling it nowâ€”not that Iâ€™m the first to do so, nor that Iâ€™ll be the last.

This doesnâ€™t mean that Soho, Chelsea, and anyplace else, shouldnâ€™t push the limits of what is accepted; limits should always be pushed.Â  It does mean though that the rest of us donâ€™t necessarily look to this aspect of New York for blessing anymore, or consecration, or even approval.Â  Mutual respect Iâ€™d be willing to settle for, assuming itâ€™s earned on both sides.Â

This may prove relevant to your career, since many of you may not be acquainted with the New York scene, yet will be curious about it, if not intimidated.Â  Iâ€™m just giving you a brief introduction, and assuring you that your success can mirror or even eclipse ours, with or without New York.

But none of these opinions intrude on my love for Manhattan, and the four surrounding boroughs.Â  I owe New York a great deal, since my years in and around the city had a profound influence on me.Â  Thatâ€™s why it hurt so deeply to go back in September, 2001â€”a return that was less like a homecoming than like going back to a place that had once been home, then returning to find it had become a battlefield.

The strange quiet of the city, the sense of sadness, and the look almost of shell-shock on many of the faces.Â  And yet also the compassion, the unity, the newfound levels of patience and consideration: horns that honked less; people saying â€œpleaseâ€ and â€œthank youâ€ many of them with subtle warmth.

Then my visit to Ground Zero: the mile-long line of dump trucks, the barricades, the solemn crowd, many of them praying: Christians, Hindus, Jews, Muslims.Â  And posted on windows were fliers for the missing: Christians, Hindus, Jews, Muslims.Â  Also atheists, spiritualists, janitors, secretaries, executives, practical jokesters, intellectuals, party animals, firemen, cops, and, undoubtedly, a number of struggling artists.Â

Then there was the site itself: the shattered buildings, the mountain of rubble, the cranes, dust, smoke, and stench.Â  It was only as I gazed on it that I realized I was looking at a mass grave.

I had been greatly depressed ever since the towers collapsed; now my depression deepened: the savagery and the loss.Â  I stared at the wreckage and felt so irrelevant: the profession I was born to, and the thing I do.Â  Oh I know it isnâ€™t irrelevant, but at that moment I felt only futility.Â  How could anything in the creative world seem worthwhile in the face of this?

And yet it is.Â  Whatever struggles the world may face, life goes on, just as it always has.Â  And as life goes on, so does the work of the artists who examine events, interpret events, and help us make sense of what all too often seems senseless.Â

I thought of these things as I walked from Downtown to SoHo, passing fire and police stations with shrines to the dead out front.Â  At Spring Street I stopped at a cafe.Â  The waitress was friendly and the busboy polite (I had to keep reminding myself that this really was New York).Â  The busboy, obviously of Arab descent, was singing along with a John Lennon song: â€œYou may say Iâ€™m a dreamer, but Iâ€™m not the only one.Â  I hope someday youâ€™ll join us, and the world will live as one.â€

I asked the waitress if she thought the busboy was much of a singer.Â  She gave him one of those New YorkÂ looks and said, â€œNeah.â€Â  He just smiled and kept on singing.Â  I drank a cappuccino, wrote some postcards, and left.Â

That afternoon I caught my plane and flew out over the city, where smoke still spired up from the ruins.Â  I knew in time that New York would be New York againâ€”with all that is great and awful about it.Â  In the end it still is one magnificent town: so American, so full of excess, at times trend-ridden and self-obsessed, but always incomparable.Â  In the end it has dignity, resilience and strength.Â  This country wouldnâ€™t be what it is without New York, and neither would the arts.Â  I always remember that, just as I also remember to keep it in perspective.Â

4 thoughts on “New York: What it Means to Us, and You”