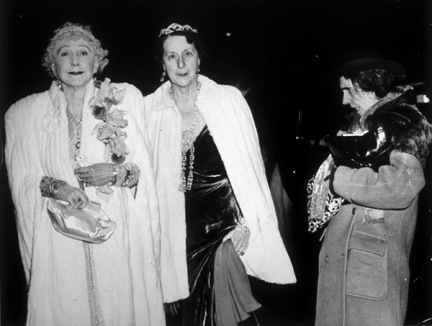 The Critic, by Weegee

Sooner or later, as you do a series of shows, an art critic is bound to cover one of them. As with literary critics, theater critics, and every other kind of critic, you will probably agree with almost nothing they say, and will wind up wondering if they understand your work at all. Some will understand, some won’t. You may be flattered by what they write, you may be offended, you may be perplexed, but somehow their interpretation of what you do, and your vision of it, will almost never mesh. Don’t worry, it doesn’t need to. The critics are just trying to do their job from their perspective, and keep discussion of the arts alive. The fact that they covered your opening is what counts. Most collectors will forget what was written about it, good or bad, and go on and decide for themselves anyway.

I’ve encountered many fair-minded critics over the years who understood how to write an informed article, and to intelligently give their views. I’ve also encountered many who seem to be composed only of vitriol and pettiness. These critics often have very definite prejudices about what they consider art–meaning that everything that doesn’t fit within the confines of those prejudices, be it toward contemporary or traditional, is disregarded or panned. This attitude often makes me wonder how complete the educations of these people are, and whether concepts of open-mindedness are alien to them.

Just because an artist paints in the manner of Turner, and does it well, doesn’t make him shallow because Turner did it so long ago. Similarly, just because an artist creates an installation out of crushed beer cans doesn’t mean he is without talent because of the lack of craft. (Installations out of excrement and vomit? I’m amused by them, but it’s unlikely I’ll ever carry them. Anyway one of the Dadaists, Leonor Fini, did all that in the 1920s–with predictable results.) Still I encounter this narrow attitude constantly, and am always disappointed by the bigotry it reflects.

You’ll encounter this narrowness in certain critics too. Ignore it. In the long run, the critics will never have as much impact on your career as you, your galleries and collectors will. Critics can exert tremendous influence, but it’s a toss of the coin as to how substantial that influence will ultimately be. I advise you to not count on it one way or the other. Learn to count on yourself. There’s greater satisfaction in that, and far greater worth.